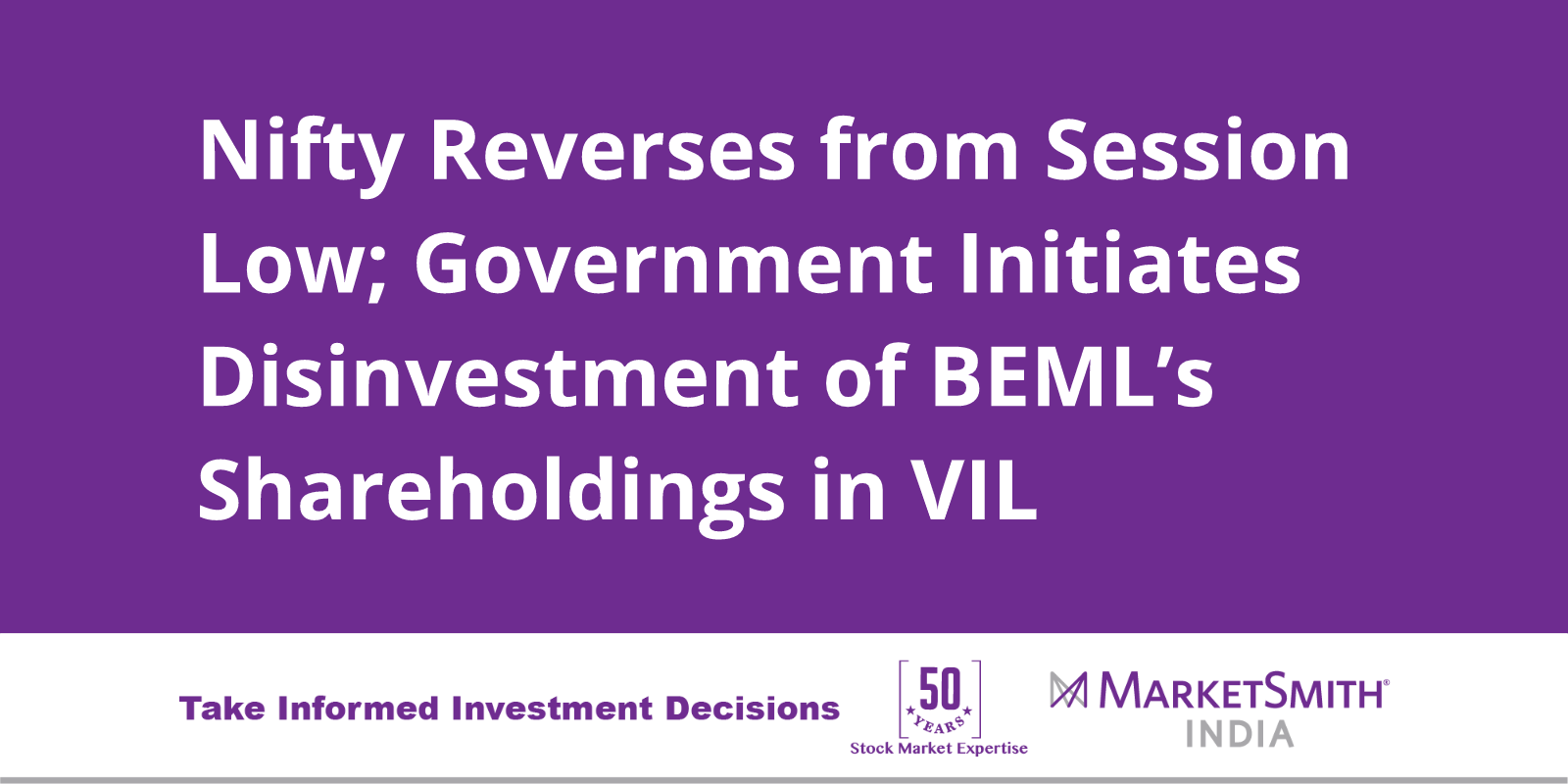 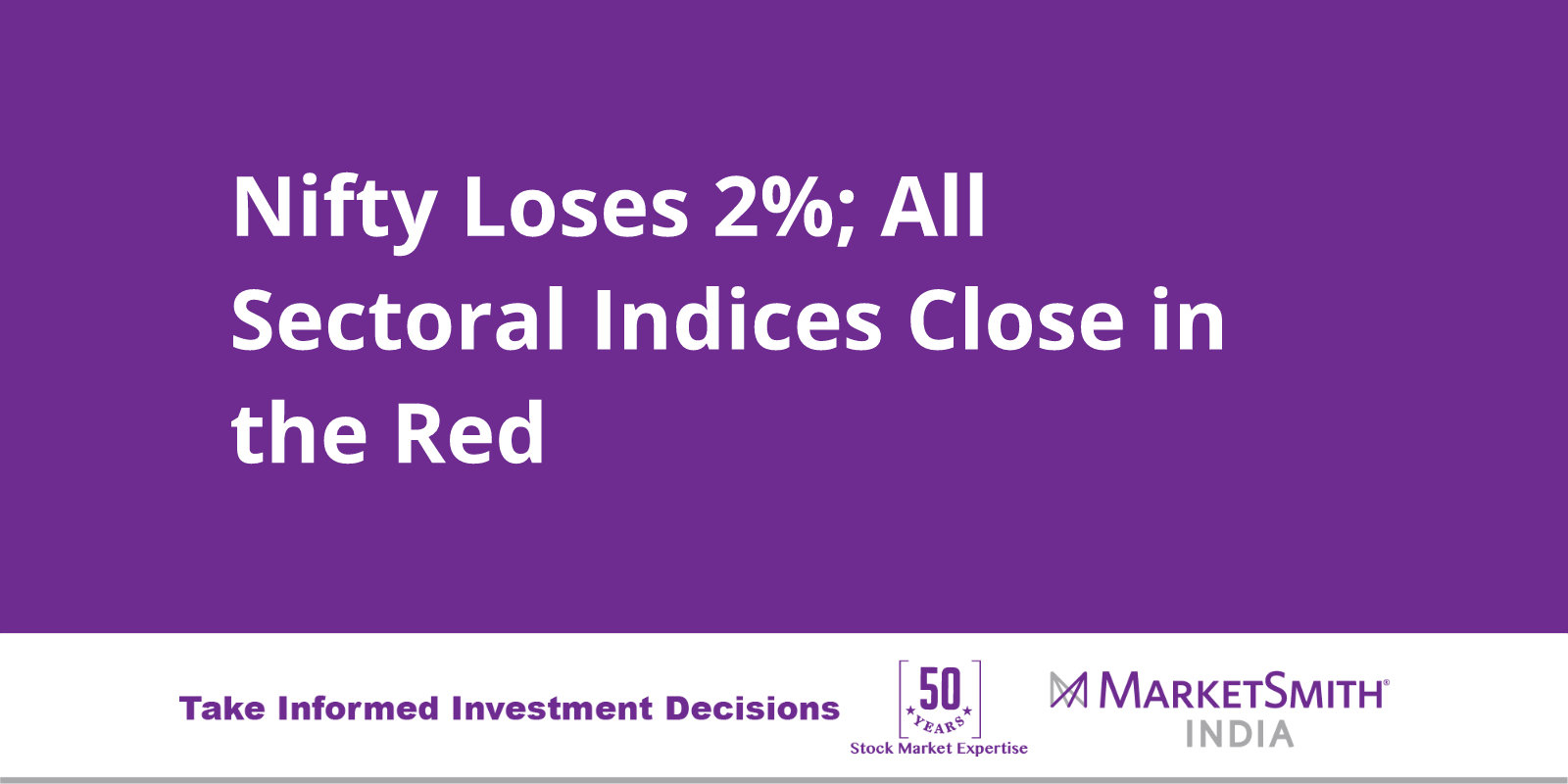 Nifty opened 65 points lower on backdrop of GDP growth concerns. It continued to move downward through the day amid high selling pressure. Nifty after forming lower low in the hourly chart, closed below 10,800 with a loss of about 225 points. Nifty Midcap (-1.8%) and Smallcap (-1.9%) were in line with the market. India VIX was up 11.4%. INR fell to 72.41 against dollar.

On the sectoral front, all Nifty indices closed in the red. PSU Banks declined the most after the announcement of mergers. Nifty PSU Bank was down 4.9%. Similarly, Nifty Metal (-3.1%), Nifty Media (-2.6%), and Nifty Pvt Bank (2.3%) were other top decliners. The advance-decline ratio was skewed toward decliners. Out of 2,125 stocks traded on the NSE, 569 advanced, 1,199 declined, and the rest remained unchanged.

Looking forward, we would like Nifty to hold above its correction low of 10,637. If it fails to hold, the status will be downgraded to a Downtrend. On the flip side, we would see for a follow-through day before shifting the market back to a Confirmed Uptrend.

Mahindra & Mahindra entered into an agreement to buy 55% of equity stake of Meru Travel Solutions Private Limited (“Meru”) in tranches. The stock was down 2.5%.

Reliance Power announced to form a joint venture with Jera to develop 750 MW gas based combined cycle power project at Meghnaghat, Bangladesh. The company would own 51% stake while Jera would hold the remaining 49% stake. The stock closed 7.7% higher. 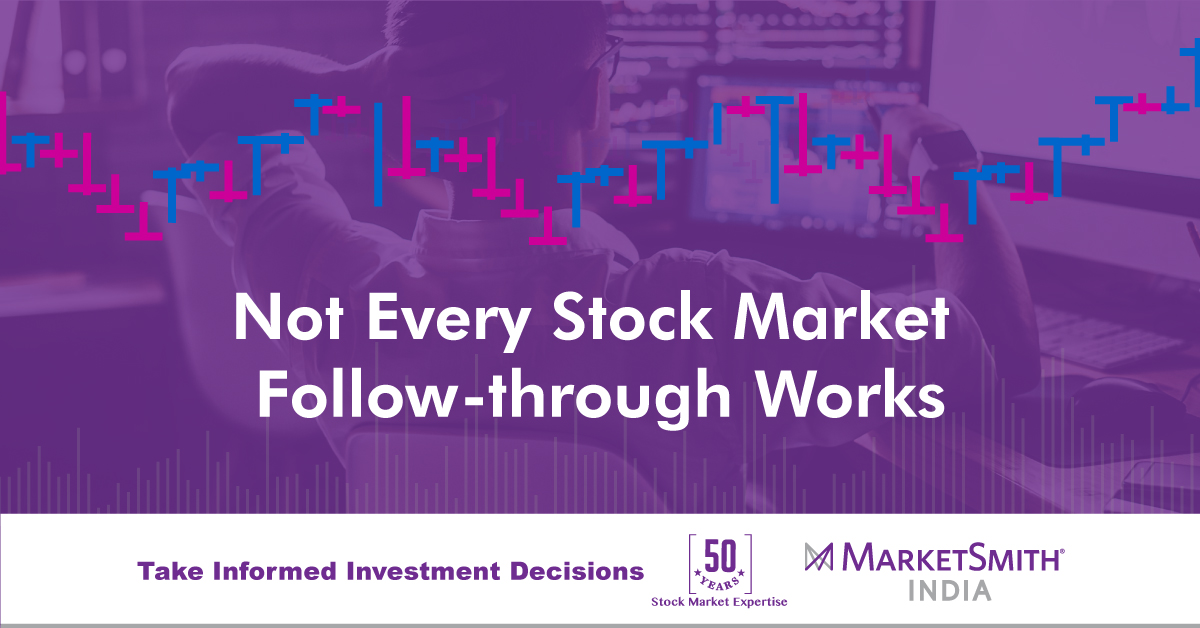 In the stock market, nothing works 100% of the time. That’s why you have to be prepared to deal with failed signals. In CAN SLIM, the market itself – the M in CAN SLIM – is the most important factor for making money. Your chances of grabbing profits in growth stocks increase when the market is acting right. END_OF_DOCUMENT_TOKEN_TO_BE_REPLACED