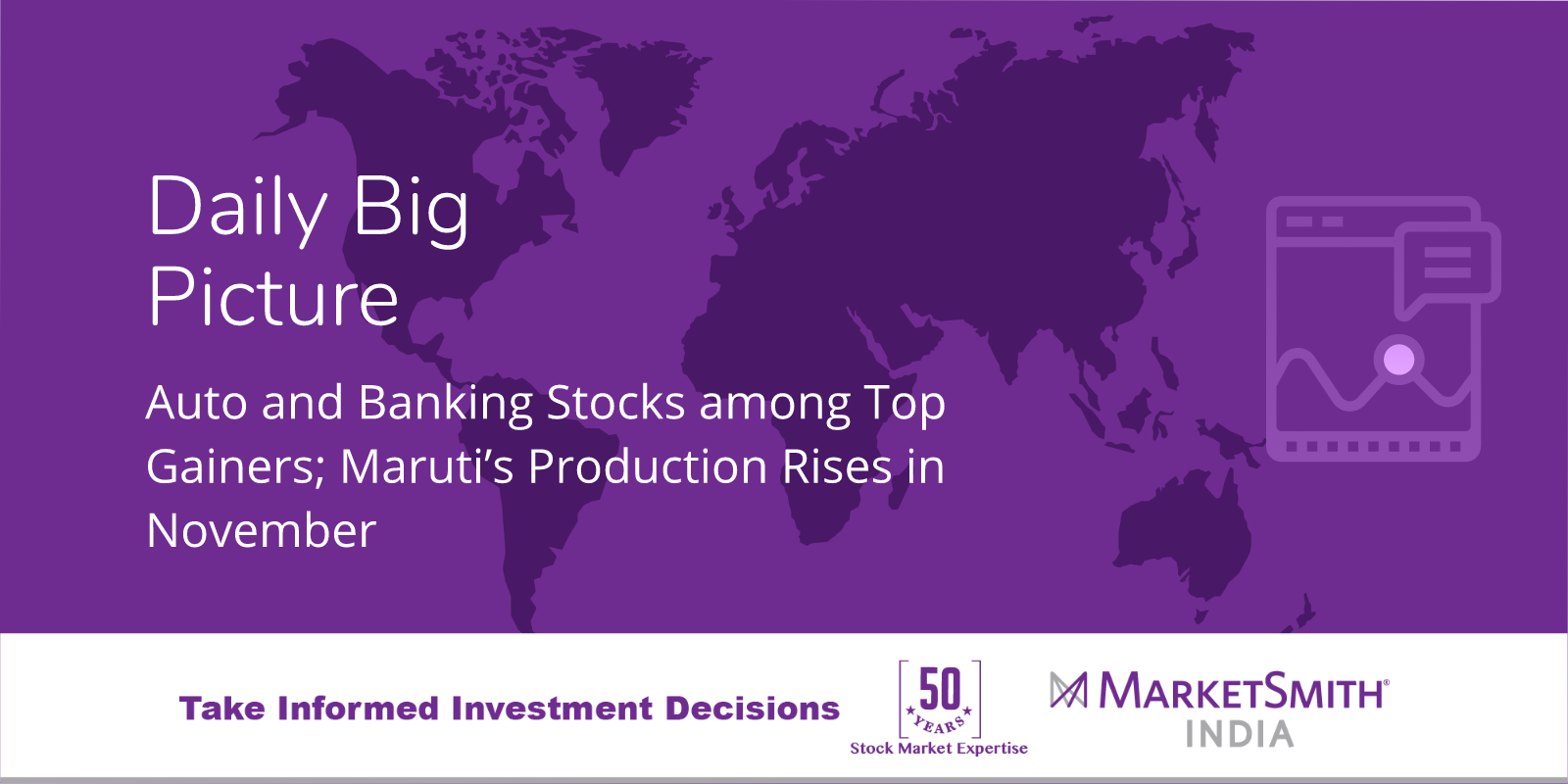 Nifty closed the volatile session with a marginal gain amid strong accumulation in stocks such as Housing Development Fin. (+2.1%), Reliance Industries (+1.1%), and Maruti Suzuki India (+1.6%). Maruti raised its output after nine months of production cuts. However, the broader market saw a negative reaction as Nifty Midcap and Smallcap fell 0.1% and 0.8%, respectively. Going forward, market participants would keep a close watch on CPI, IIP, and WPI numbers scheduled to release this week.

Last Friday, we moved the market to an Uptrend Under Pressure. From here, we will change the status to a Downtrend, if 2–3 more distribution days are added or Nifty breaches its 50-DMA (11,734). Looking forward, we would like to see an improvement in market breadth and Nifty trading above its 21-DMA.

Maruti Suzuki India: Following a mild recovery in October, the company increased its vehicle production by 4.3% to 141,834 vehicles in November. The production of utility vehicles such as the Vitara Brezza, XL6, and Ertiga increased 18% y/y, while that of compact hatchback cars such as the Wagon R, Celerio, and Baleno increased 18.8% y/y. The company also announced that it will stop producing diesel vehicles from April 1, 2020. The stock closed 1.6% higher.