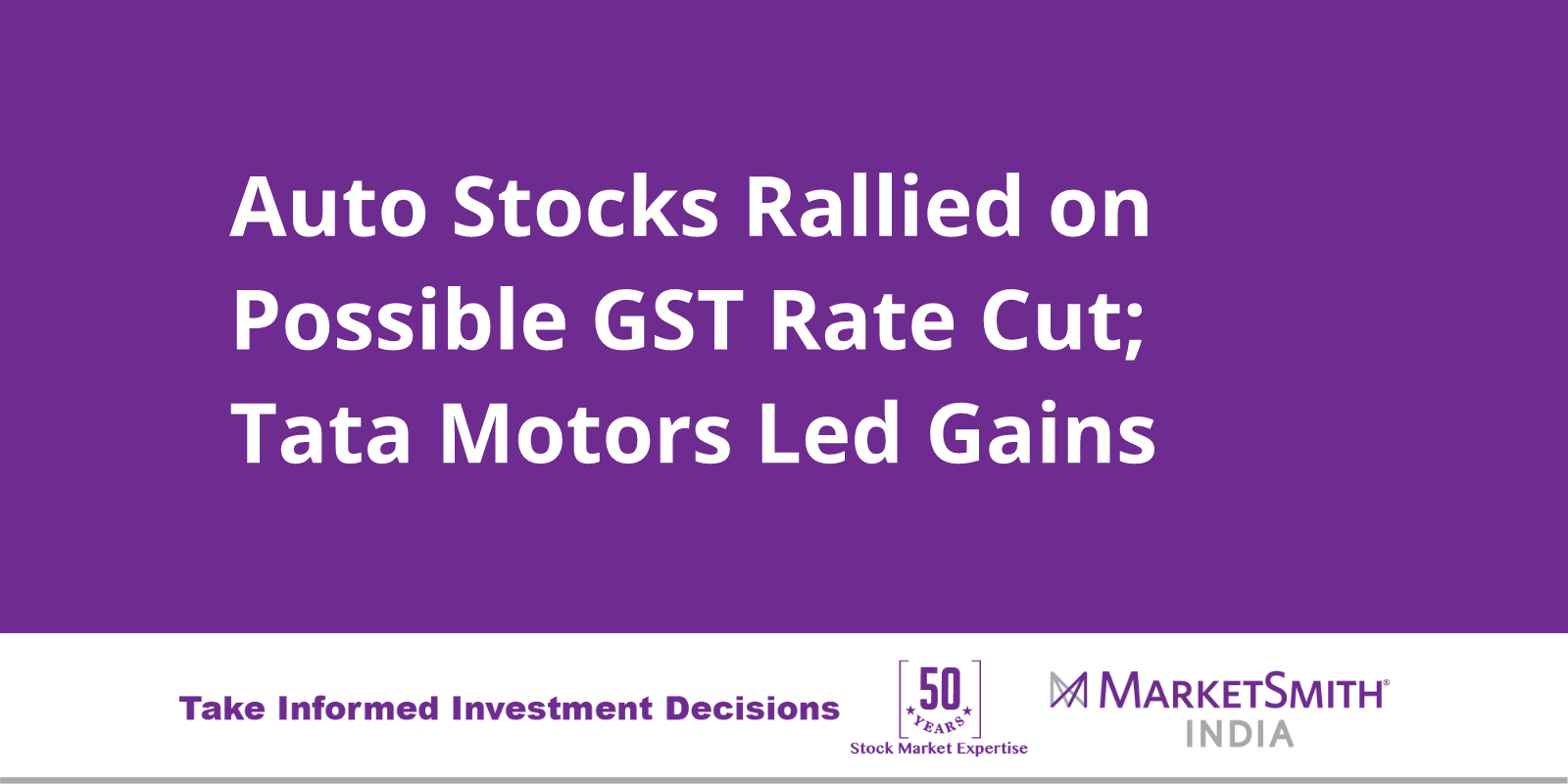 Nifty closed the volatile session with a minor gain. After a gapped up opening, the index fell into a bear’s trap and hit the day’s low of 10,816 in the afternoon session. Energy stocks rallied strongly, with oil marketing companies, led by Oil & Natural Gas (+5.2%), Bharat Petroleum (+4.7%), and Hindustan Petroleum (+3.1%), being the top gainers. Among others, auto stocks, for a change, also gained momentum after the Union Road Transport and Highway Minister announced a possible GST rate cut and export incentive for the sector. Stocks such as Tata Motors (+7.8%) and Motherson Sumi Sys. (+2.8%) emerged as the top gainers.

Looking forward, we would like Nifty to hold above its correction low of 10,637. If it fails to hold, the status will be downgraded to a Downtrend. On the flip side, we would look for a follow-through day before shifting the market back to a Confirmed Uptrend.

Bajaj Finance shares gained 1.3% after the lender picked banks like Nomura Holdings and Kotak Mahindra Bank to arrange share sales of about $1B, according to media reports.

Aditya Birla Capital gained 1% today after its board approved raising Rs 2,100 crore through a preferential share allotment to certain marquee investors and the promoter.