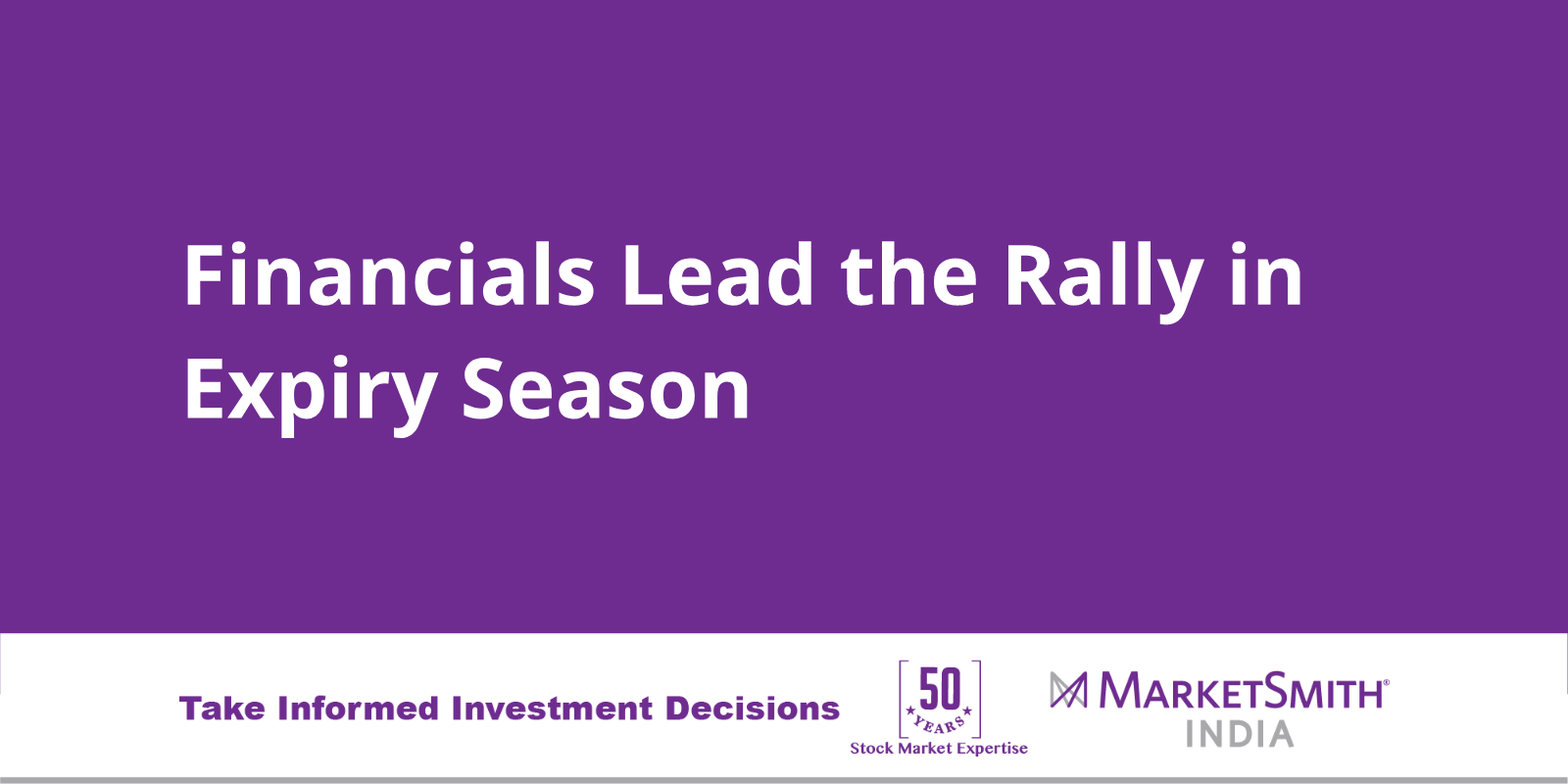 As expected, volatility was high in today’s expiry session. After getting off to a good start, both benchmark indices finished with gains of 1.2%, thanks to a late surge.

The Sensex ended May with a monthly gain of 0.5% whereas the Nifty remained flat.

In the broader market, Nifty Midcap and Smallcap continued to lag as the indices dropped 0.4% and 1%, respectively.

Despite solid gains in frontline indices, the overall market breadth remained negative as losers outnumbered gainers in an 11:6 ratio on NSE.

Strength was mainly due to banking stocks, as heavyweights HDFC Bank, IndusInd Bank, and Kotak Mahindra Bank jumped 2-4%. On the downside, pharma stocks continued to witness selling pressure as the Nifty Pharma fell 1.2%.

Our proprietary list of leading stocks, the MarketSmith India IND 47 index outperformed the overall market comfortably, as it advanced 0.4% in today’s session.

Talking about market direction, the Indian market continues to be in an Uptrend Under Pressure. The distribution day count remains unchanged at four on the Nifty and two on the Sensex.

Nifty Midcap is still in Rally Attempt and waiting for a follow-through day (FTD) to change its course to a Confirmed Uptrend. However, Nifty Smallcap had already recorded an FTD on May 25 (Friday) and is currently in a Confirmed Uptrend. That said, the index witnessed distribution or high-volume selling in recent times.

On the economic front, the Indian government will announce its first-quarter GDP data today after 5:30 PM. The Indian economy expanded 7.2% y/y in Q4 2017.

– Be cautious with new purchases.