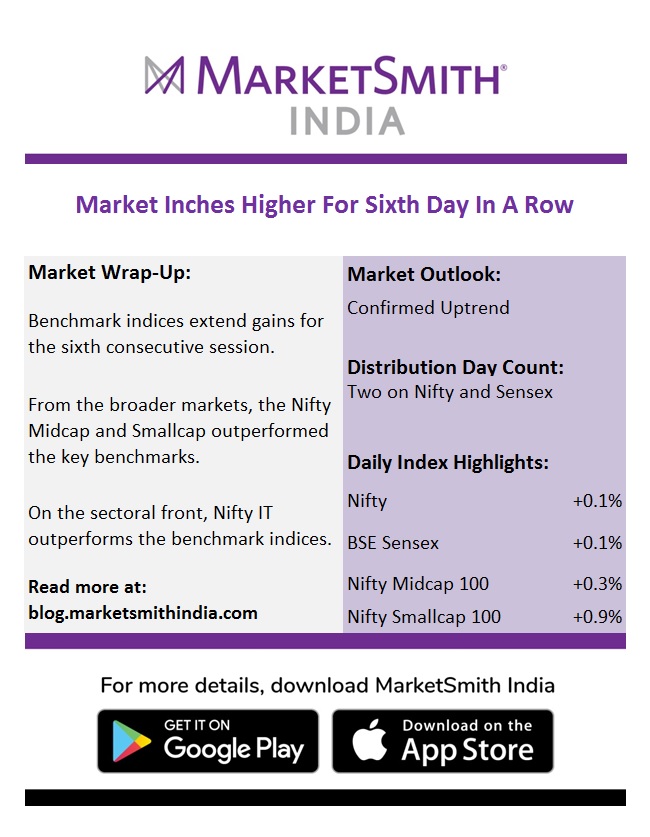 The Indian market started the day on a positive note and gained momentum, as the day progress. Despite a few dips in the mid-session, both the indices managed to close on a positive note. This is the sixth straight session, where both the benchmark indices closed in the positive territory.

The Nifty Midcap and Smallcap continued their winning momentum as they added gains of 0.29% and 0.85%, respectively.

The market breadth, which indicates the overall health of the market, was in favor of gainer today. On the NSE, 803 stocks advanced and 677 stocks declined. A total of 50 stocks remain unchanged.

The MarketSmith IND 47 Index, our proprietary lists of the top 47 stocks in technical chart and fundamental chart, gained 0.17% today, outperforming the major indices.

Among the major news, Arrow Greentech increased 7.38% intraday today, after the Company received grant for a patent name “method of manufacturing embedded water soluble film carrier.” The news came on Wednesday, after the market close.