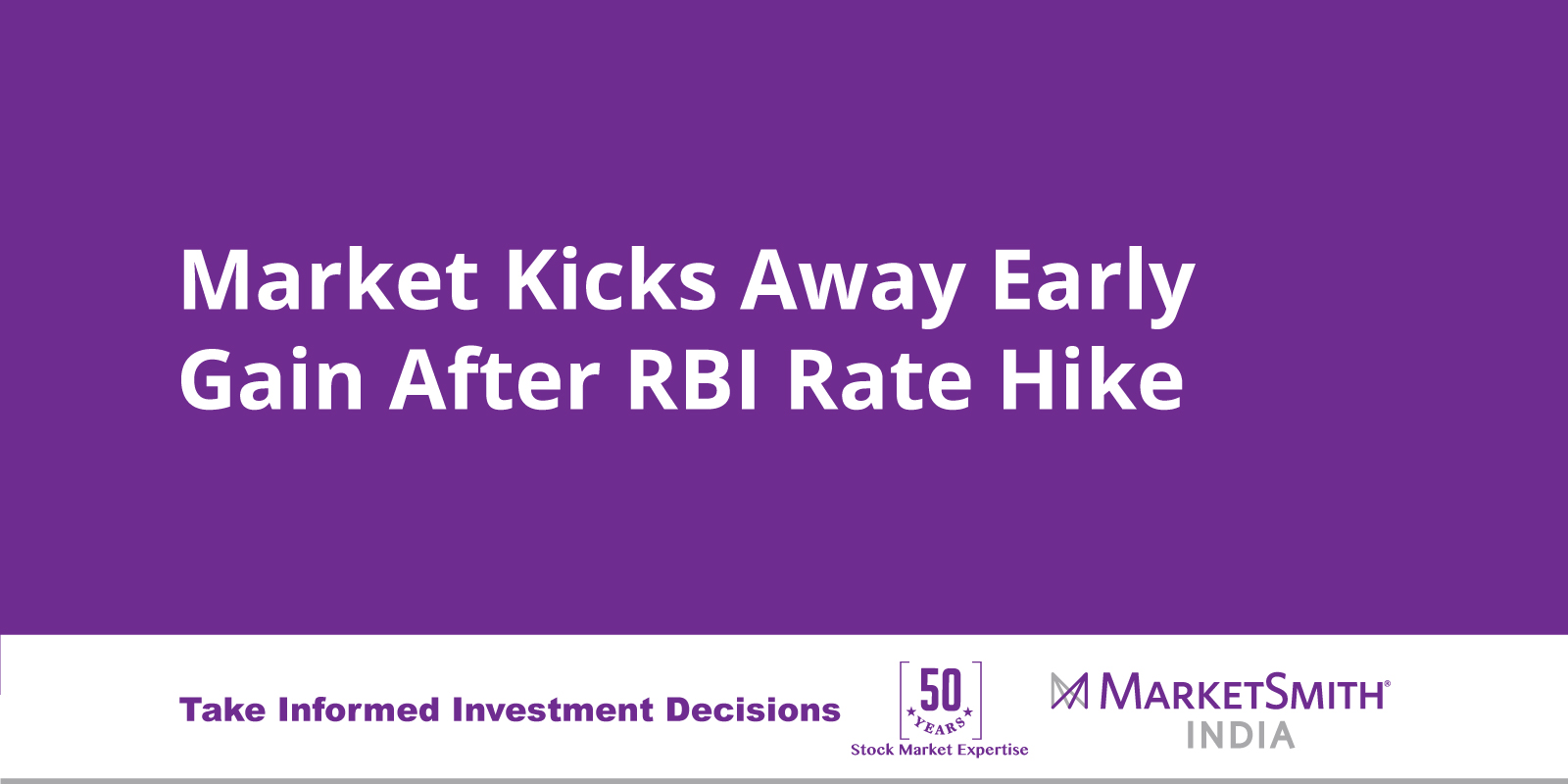 Investors opted for a cautious route awaiting the outcome of the Reserve Bank of India’s bi-monthly monetary policy review.

After starting the day on a positive note, key indices erased all their gains and slid into negative territory. Selling pressure mounted on bourses after the monetary policy committee increased the repo rate by 25 bps to 6.5%.

To tame inflation and stabilize the declining rupee, the committee voted 5-1 to in favor of a hike. This was the second consecutive interest rate rise by the RBI. In its July meet, the committee increased the rate by 25bps to 6.25%. Following that, India’s 10-year government bond jumped 8bps to 7.85%.

As a result, both the Nifty and the Sensex halted their record breaking spree and ending the day with minuscule losses of 0.1% and 0.2%, respectively. In addition, volumes were higher on the Sensex compared with the previous session, signaling fresh distribution.

The broader market managed to hold ground as both the Nifty Midcap and Smallcap ended flat at 0.15% and 0.03%, respectively.

The market breadth was in favor of gainers in today’s session. Of the 2,068 stocks trading on the NSE, 905 advanced, 813 declined, and 350 stocks remained unchanged.

Talking of the overall market direction, the revised distribution day count now stands at one on the Nifty and two on the Sensex. However, with key indices remaining close to their record highs, the market remains unchanged at a Confirmed Uptrend. The broader market is still in a Rally Attempt.

Earlier in the day, the Nikkei India Manufacturing PMI came at 52.3 in July, below June’s 53.1. The slowdown in manufacturing activity was mainly due to weak demand.