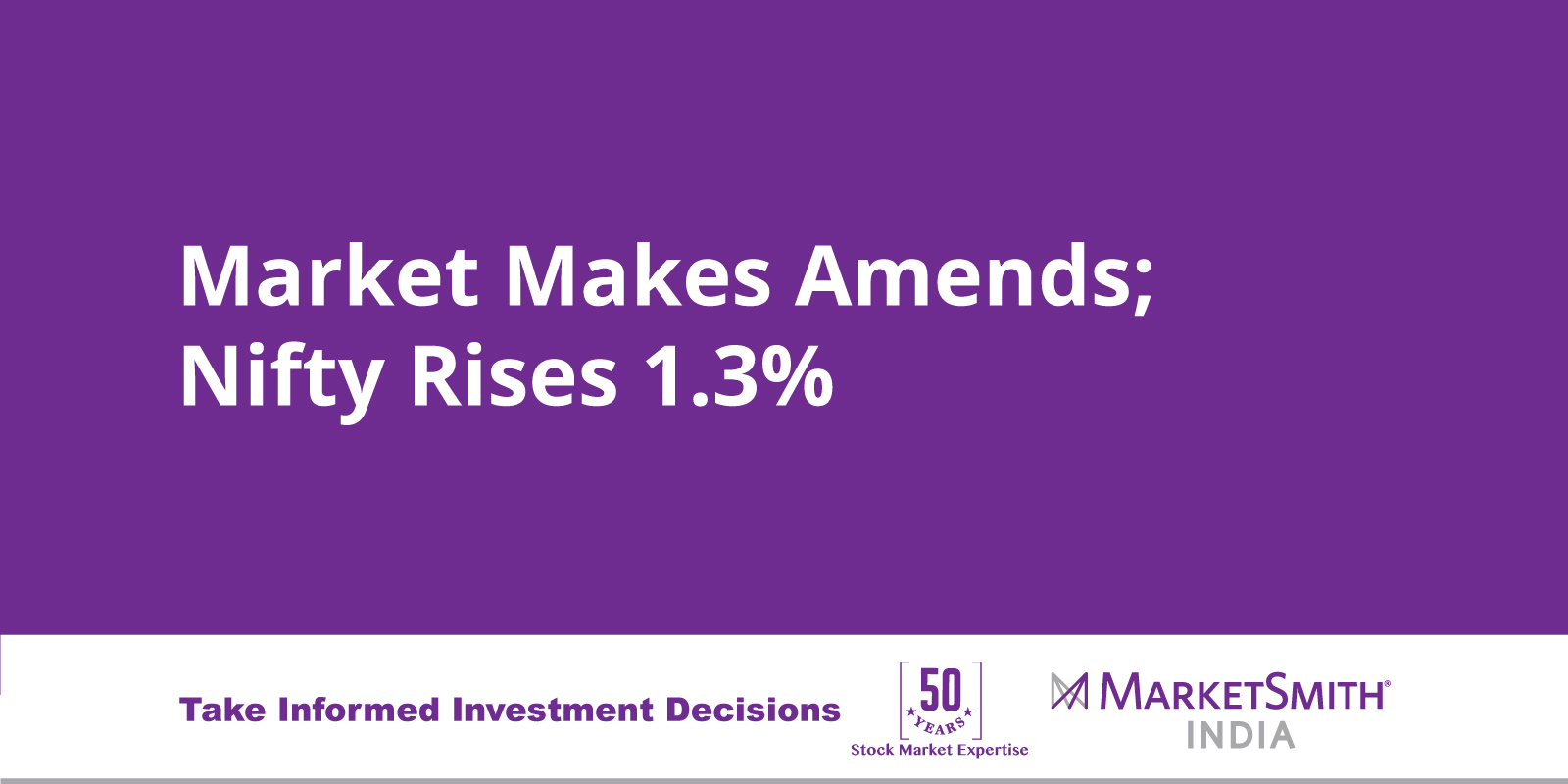 India’s key benchmarks made a solid start to the week, as late-session buying helped Nifty and Sensex to close above the levels of 10K and 33K, respectively.

After a muted first-half, market bulls came in hordes to lift Nifty and Sensex higher by 1.3% and 1.4%, respectively.

In addition to accumulating strong gains, both the major indices stayed above their lows made during Friday’s heavy sell-off.

In the broader market, Nifty Midcap (+1.3%) performed in line with the frontline indices while the Smallcap index settled with a 0.7% gain.

Our proprietary list of leading stocks, the MarketSmith India IND 47 index posted a gain of 0.9% in today’s session.

Despite a strong show by benchmark indices, the advance-decline ratio remained in favor of losers. Of the 1,598 stocks traded on NSE, 734 gained, 826 declined, and 38 remained unchanged.

Talking about market direction, the Indian market continues to be in a Downtrend. If the key indices manage to stay above March 23 lows for two consecutive sessions, we will consider moving the market to a Rally Attempt.

The 200-day line which was breached recently will serve as a key resistance level for Nifty. Today, the index closed 0.4% below its 200-DMA. It would be interesting to see if the index is able to retake the 200-day line in the coming sessions.

– Avoid fresh buys, do not average down.