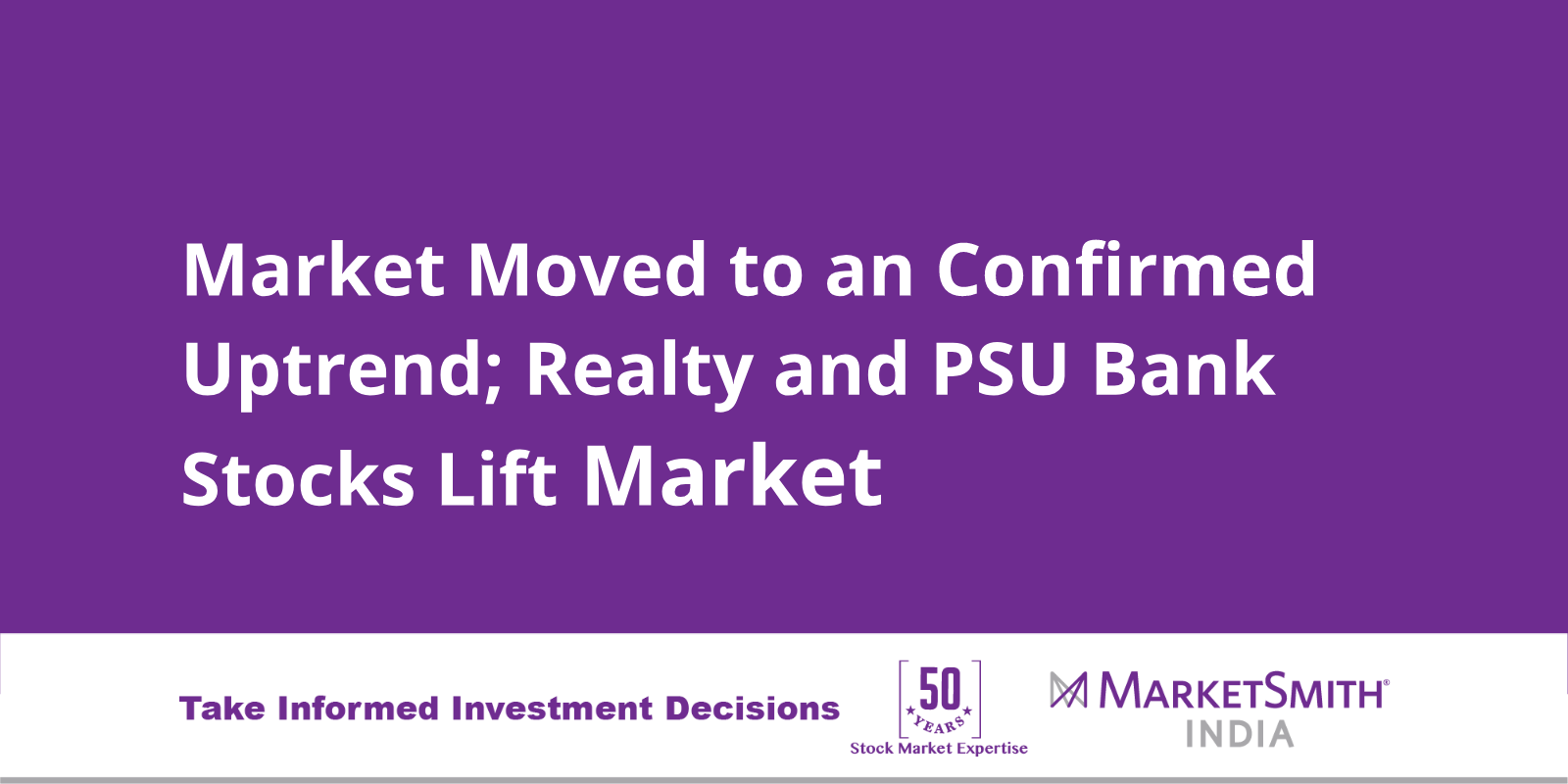 Markets continued their recent trend. Indices have now posted gains in seven trading sessions in a row, making it the longest run of gain days since May, and indicating a buying demand among investors.

The Nifty Midcap and Smallcap were both up 1.3%.

The advance-decline ratio was in favor of advancers. Of the 2,060 stocks traded on the NSE, 1136 advanced, 562 declined, and 362 remained unchanged.

The Indian market has been moved to a {Confirmed Uptrend} as the Nifty reclaimed the 10,942 level (market’s high before it was downgraded to an Uptrend Under Pressure). A follow-through day in the next few sessions will strengthen the current uptrend. We would like to see multiple high-quality stocks breakout from their pivot points and make new highs. For now, we recommend investors to stay selective and buy only high-quality growth ideas that are exhibiting strong relative strength compared to the market.

Reliance communications: The Company’s shares slipped as much as 9.5% today, after the Economic Times published a report that the Department of Telecom rejected the proposal of Rcom’s spectrum sale to Reliance Jio.