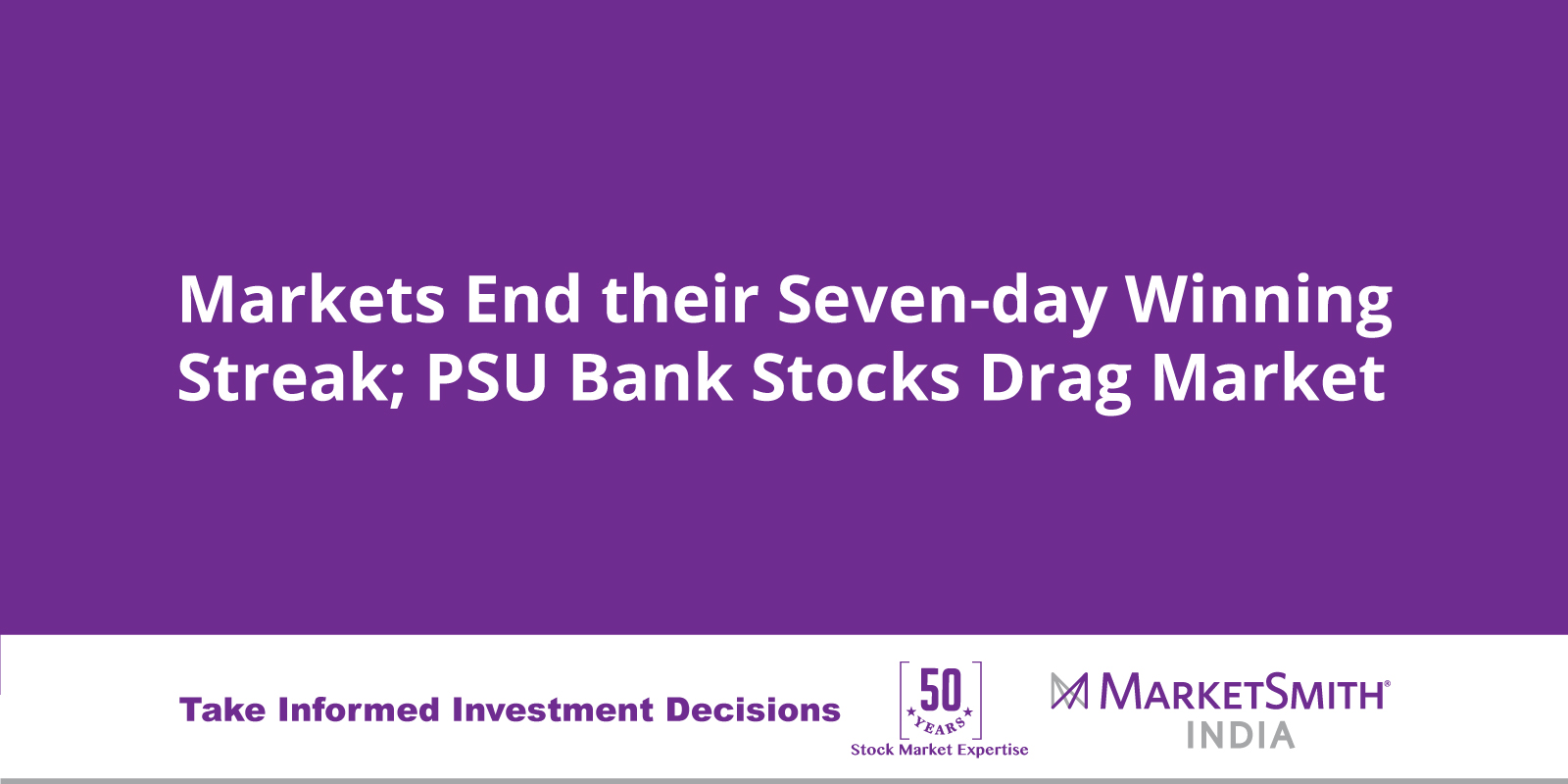 Markets ended in the red after a seven gain days. The U.S. Fed hiked interest rates by 25 bps, its fourth such hike this year and indicated that there would be two more rate hikes in 2019.

The Nifty Midcap and Smallcap were up 0.1% and 0.4% respectively.

The advance-decline ratio was in favor of decliners. Of the 2,062 stocks traded on the NSE, 829 advanced, 883 declined, and 350 remained unchanged.

Yesterday, we moved the market status to a {Confirmed Uptrend} as the Nifty reclaimed the 10,942 level (market’s high before it was downgraded to an Uptrend Under Pressure). A follow-through day in the next few sessions will strengthen the current uptrend. We would like to see multiple high-quality stocks breakout from their pivot points and make new highs. For now, we recommend investors to stay selective and buy only high-quality growth ideas that are exhibiting strong relative strength compared with the market.

Oil and Natural Gas Corporation Ltd: The Company’s board approved share buyback of 25.29 crore scrips (1.9% of total equity) at Rs 159 apiece. This comes after share buyback of Indian Oil Corporation Ltd for about Rs 4,435 crore. The government is aiming to raise capital by participating in these buybacks to achieve its fiscal target of 3.3% for FY 2019. The stock was up 2.3% today.

Reliance Communications: Rcom and Jio officials met Department of Telecom authorities to resolve issues with the deal. Rcom is expected to garner Rs 975 crore from the spectrum sale. The stock was 0.7% today.