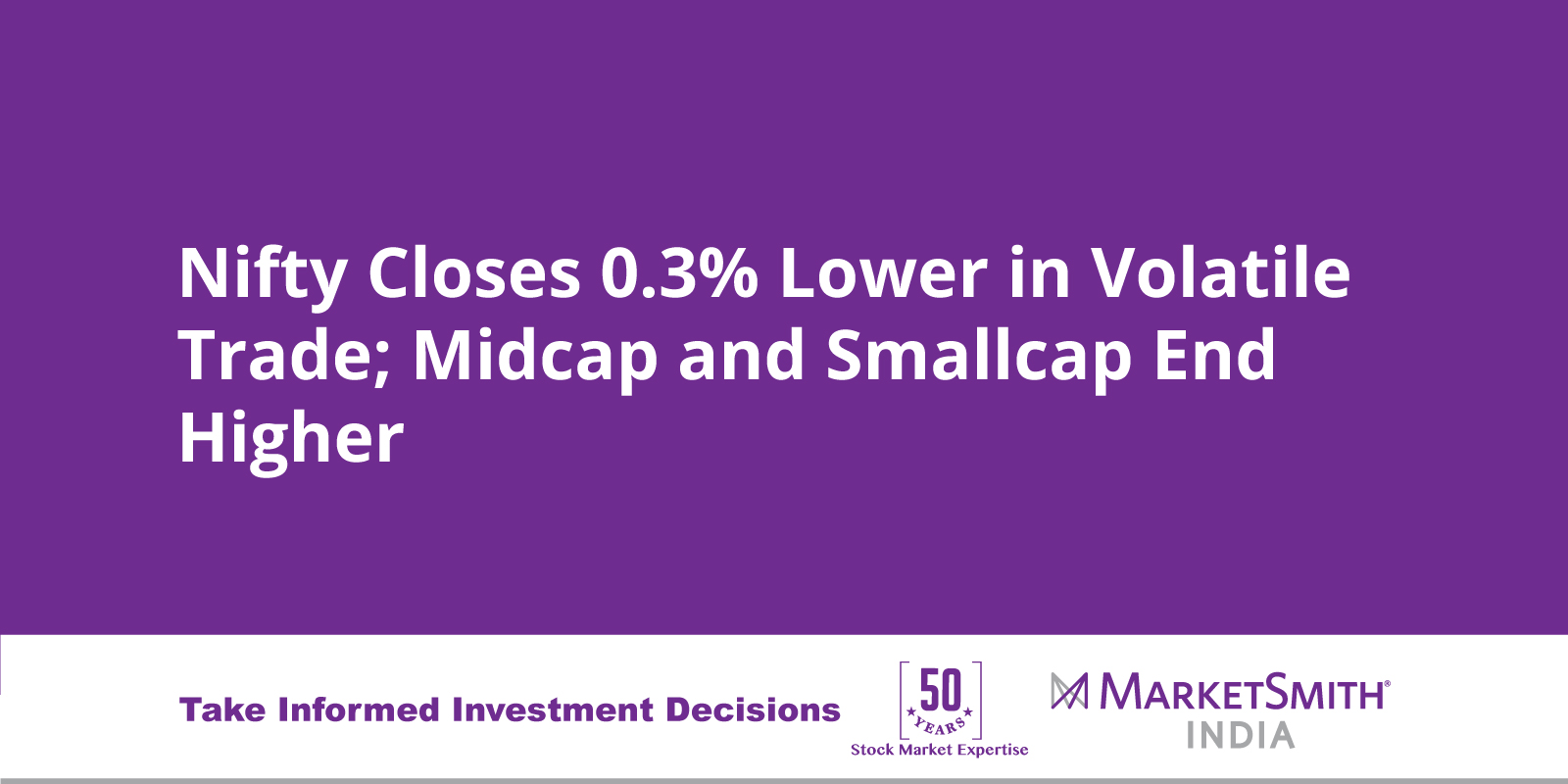 Benchmark indices were highly volatile in today’s session as the Nifty fell more than 1% from its day’s high. Both the Nifty and the Sensex ended in the red after gaining 1% intraday. The Nifty Midcap and Smallcap, however, managed to end in green.

The advance-decline ratio was in favor of losers. Of the 2,063 stocks traded on the NSE, 792 advanced, 942 declined, and 329 remained unchanged.

Indian Oil: In a statement, Petroleum and Natural Gas Regulatory Board (PNGRB) announced that IOC received the license for retail gas distribution in nine cities. The stock, however, ended 1% down today.

Hindustan Petroleum: In the same statement made by PNGRB as mentioned above, it was announced that Hindustan Petroleum received licenses for retail CNG to automobiles and natural gas (piped connection) to households in nine cities. The stock, however, ended 1.4% lower.