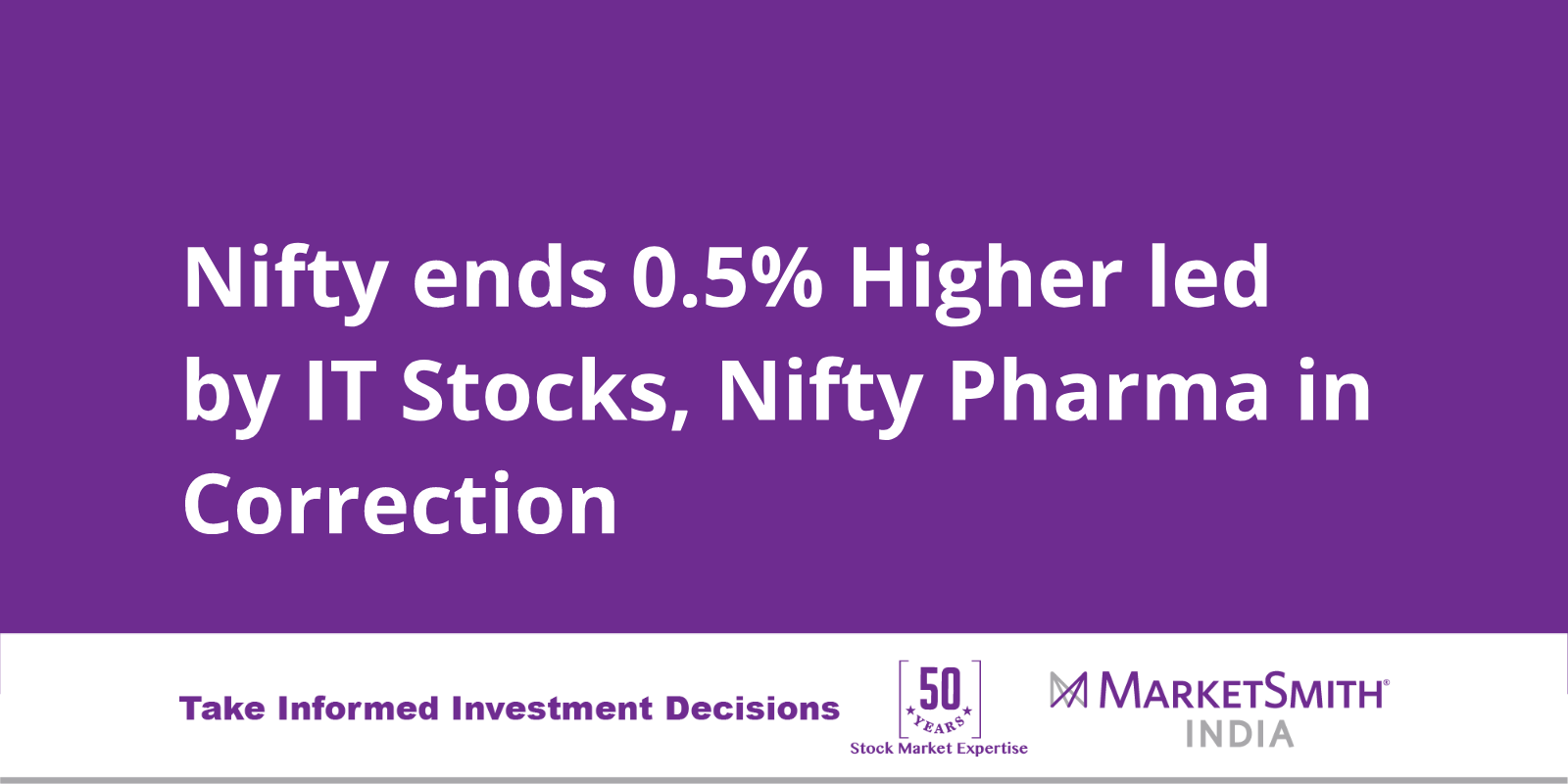 India’s benchmark indices continued to rally for the second day of the ongoing week. Nifty PSU Bank (+1.0%) continued its positive streak along with Nifty IT (+1.4%). However, Nifty Pharma (-1.3%) was the worst performer dragged down by losses in Sun Pharm.Industries and Piramal Enterprises. Nifty Metal (-0.7%) also ended in red led by steel companies. We downgraded Nifty Pharma from a Rally Attempt to a Downtrend as it fell to a new low today.

The market status remains unchanged at a Confirmed Uptrend. The distribution count stands at two on the Nifty. We suggest investors to track fundamentally strong stocks trading above their 50- and 200-DMA and take positions on strong breakouts. Investors should begin with a smaller allocation and increase it gradually as market displays positive signals like additional follow-through days.

Sun Pharm.Industries opened 2% higher as the Company announced on Monday that it has, along with its subsidiaries, entered into settlements with certain plaintiffs in the U.S. However the stock plunged 7% as the day progressed and closed 3.3% lower.

Reliance Capital closed 1.6% up ahead of its quarterly results which are to be announced today.

Ifci received Rs 491.8 crores (net of TDS) as a result of resolution proceedings on Binani Cement under the purview of NCLT. The stock ended 2.9% higher today.

Leaders Down on Volume: None