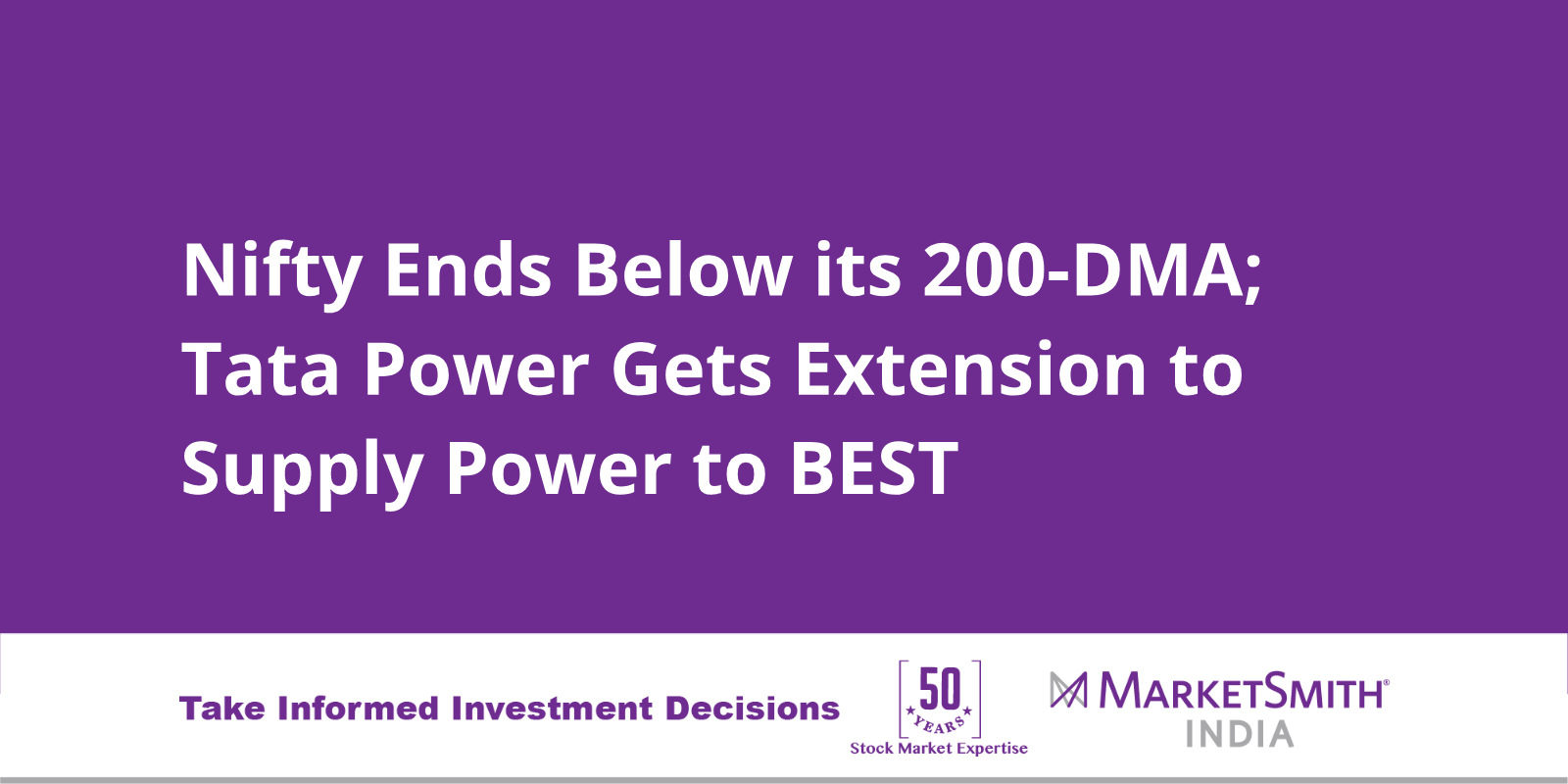 The Nifty 50 ended close to its day’s low. The last time Nifty lost more than one percent on consecutive days was in October. Weakness in global markets, weak Chinese economic data and muted auto sales for the month of December are some of the factors that weighed down the market.

The Nifty Midcap and Smallcap were both down 0.8%.

The market remains in an Uptrend Under Pressure. Today, the Nifty escaped a distribution day owing to lower volume compared to yesterday’s session. Currently, the distribution count stands at four on the Nifty. We will change the status to a Downtrend, if 1-2 more distribution days are added. On the other hand, the market will be moved to a Confirmed Uptrend if the Nifty retakes the 10,985 level (its high during the recent rally).
As the market is in an Uptrend Under Pressure, investors should proceed ahead with caution. Unless a stock shows exceptional fundamental and technical strength, no new addition to the portfolio is advised.

Alembic Pharmaceuticals: The Company received approval from the U.S. FDA for a drug (Pramipexole Dihydrochloride) used to treat Parkinson’s disease. The stock was up 0.3% today.

Tata Power: The Company received extension until March 2024 of power purchase agreement with Brihanmumbai Electric Supply and Transport (BEST). The stock was down 0.9% today.

One Reply to “Daily Big Picture – Nifty Ends Below its 200-DMA; Tata Power Gets Extension to Supply Power to BEST”