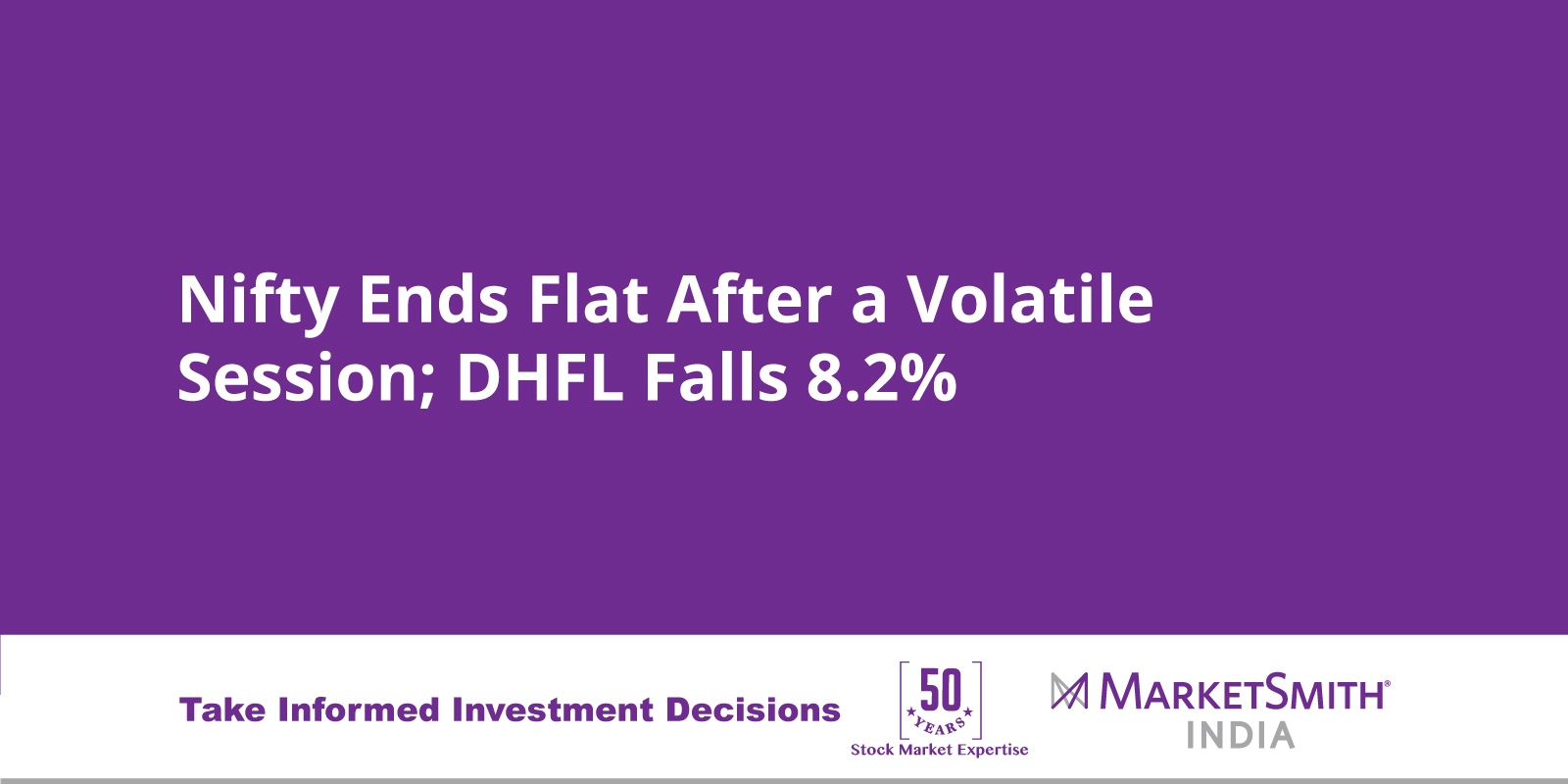 India’s benchmark indices had support at the 50-DMA last week, before plunging lower yesterday. As the Nifty breached its 50-DMA and the distribution day count stood at five, we moved the market to a Downtrend yesterday.

The Nifty was trading in the red during the entire session but exhibited volatility amid earnings being reported by some companies. It recovered sharply in the last few minutes before ending almost flat.

The advance-decline ratio was in favor of decliners. Of the 2,064 stocks traded on the NSE, 847 advanced, 870 declined, and 347 remained unchanged.

Housing Development Fin. announced its Q3 FY 2019 results during market hours. Net profit beat estimates. The stock was trading lower during the day but recovered partially after the results and ended 1.3% lower.

Dewan Housing Finance plunged more than 10% intraday before ending 8.2% down after Cobrapost, a non-profit journalism company, accused the housing finance company to be involved in siphoning off money.