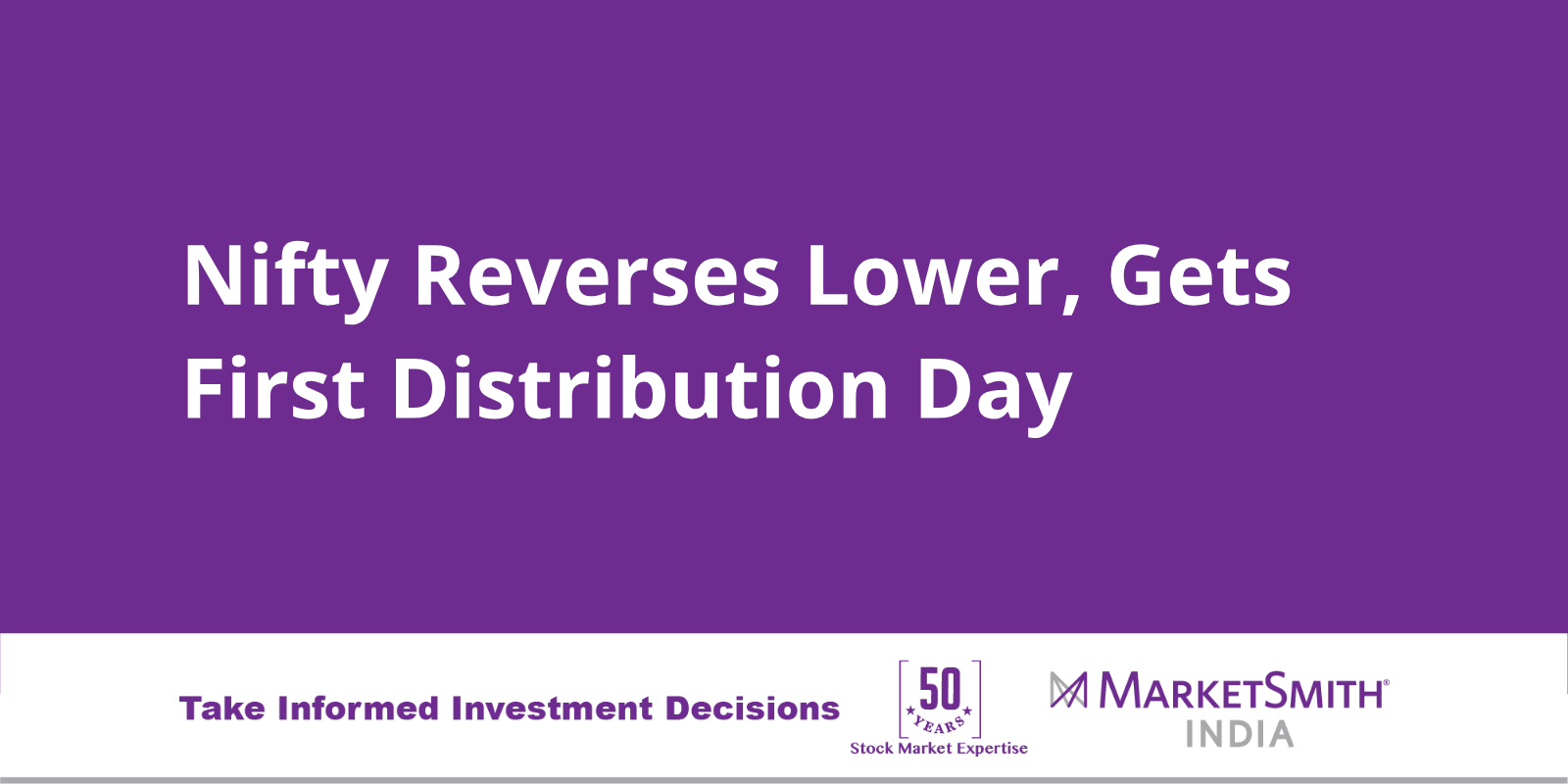 Volatility was the name of the game in today’s trading session, as the Nifty ended lower after having a good start. The early gains faded away as the technology stocks faced another round of profit booking.

The Nifty jumped 0.4% early morning to give back 0.2% whereas the Sensex trimmed its 0.6% early gain to end with miniscule gain of 0.1%. The fall in the Nifty was on higher volume leading to a distribution day.

Profit booking in the broader market was intense, as the Nifty Midcap and Smallcap dropped 1.5% and 1.2%, respectively.

Meanwhile, India’s Nikkei Manufacturing Purchasing Managers Index (PMI) expanded to 51.6 in April from 51 in March. The upward direction is due to strong domestic output and demand. The manufacturing sector improved for the ninth consecutive month in April.

However, the infrastructure output slowed to a three-month low of 4.1% in March. The output slowed down due to weak performance in sectors like Coal, Crude Oil and Natural Gas.

Coming back to today’s action, market breadth was in favour of losers. Of the 1,622 stocks traded on the NSE, 1,149 declined, 417 advanced, and 56 remained unchanged.

Weighed down by midcap and smallcap stocks, our proprietary list of leading stocks, the MarketSmith India IND 47 index lost 0.5% in today’s trade.

The distribution count, which measures heavy-volume selling in recent times, increased to one for Nifty after today’s session. However, Sensex distribution count remains at zero. Since the market has recouped a lot from its February losses, profit booking sessions cannot be ruled out. Both the indices are still trading comfortably above their key support levels of 50- and 200-DMA. Hence, the market remains in a Confirmed Uptrend.