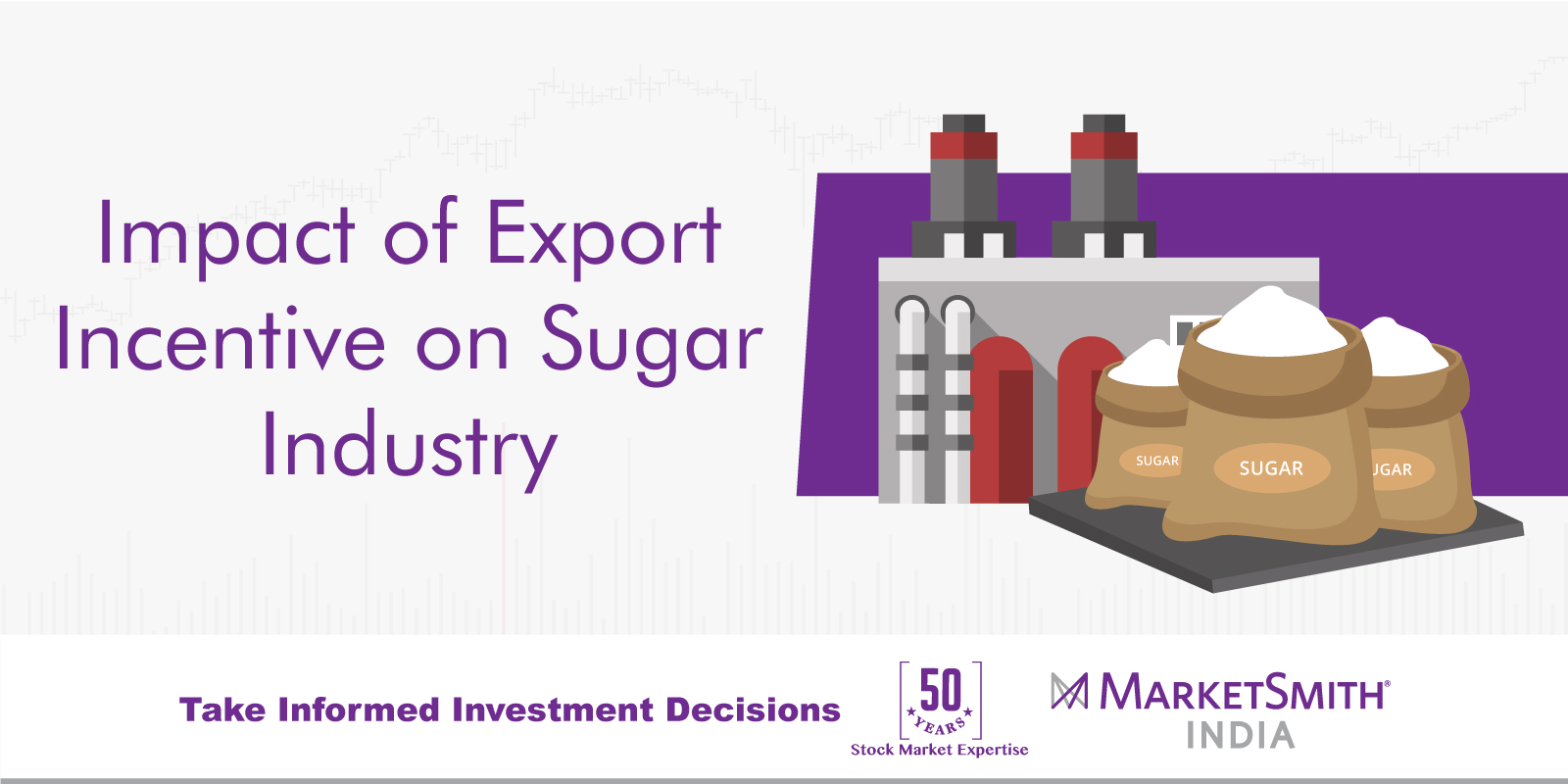 India is the second-largest producer of sugar, with an annual production of 32.5 MT in MY 2017-18 (October-September). The industry supports about 5 crore sugarcane farmers (42% of total farming population) across India, and therefore carries high political importance as well. As of MY 2016-17, there are 493 factories in operation with a total sugar production capacity of 34 MT – the major production is from the states of Uttar Pradesh, Maharashtra, and Karnataka.

Of the total capacity in place (production and opening balance), nearly 89% is utilised to meet domestic demand. The per capita consumption is 18.8 kg compared with the global average of 23 kg.

Despite a strong background, excess supply of sugar in the market has kept the sector under pressure and weakened its financial profile. The surplus has lowered the average selling price, and as a result industry participants continue to delay selling their inventories.

Moreover, the cane price, which is mandated by the government, made a big leap and has grown at a CAGR of 10% during the period MY 2010/11 to MY 2016/17. The usually volatile sugar price, on the other hand, grew at just 3% during the period, putting profitability under pressure. For MY 2017-18, the government further increased the cane price to Rs 255.

Recently, the Indian government introduced a few schemes to liquidate surplus stocks and bail out the cash-starved sugar industry.

In addition to the above mentioned reforms, the government plans to export 2 MT of raw sugar to China next year. This export push initiative will enable the country to grab market share from more importing countries such as Bangladesh, which needs 2.5-3 MT per annum of raw sugar (currently importing from Brazil). This will also help India narrow its trade deficit.

The stock exhibits strong technicals with an Up/Down volume of 1.8, A/D Rating of B+, and improving RS line with an RS Rating of 93. The recent reforms brought much needed cheer for the investor and as a result it spiked more than 90% from its 52-week low of 58.7 (as of November 14).

The stock hit a new high of 484.80 on September 17. However, it failed to sustain that level and breached its key support level at 50- and 200-DMA in subsequent trading sessions. After bottoming out at 301.6, the stock bounced back strongly and retook its 50-DMA on October 30. It is currently trading 8% below its 200-DMA. Its EPS Rank of 71, Up/Down volume of 21, and A/D Rating of A- display strong technical strength.

On November 3, the Company reported its Q2 results. Its revenue from operations fell 18% to Rs 1,015 crore. However, with operating leverage benefit kicking in, its PAT and diluted EPS grew 23% each.