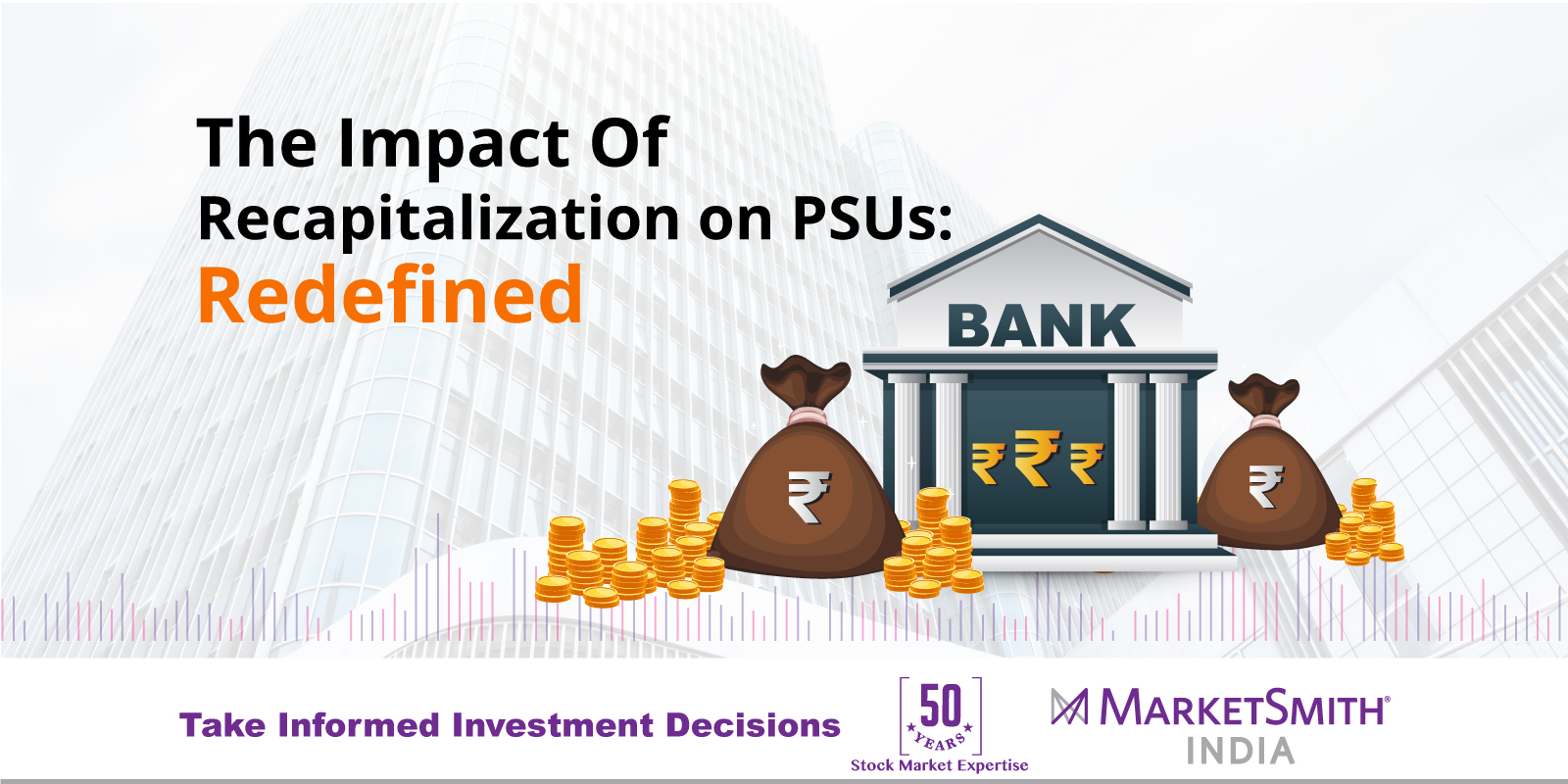 The week gone observed heavy accumulation in most of the PSU banks, in fact, on Wednesday, the Nifty PSU Bank index surged almost 30%. The major reason for this jump was the Bank recapitalization plan announced by the government.

Before getting into further detail, let us understand what exactly Bank recapitalization means?

Recapitalization in general refers to infusing more capital into banks so as to strengthen their balance sheet. As government becomes the major promoter for the PSU Banks, it becomes their responsibility to provide capital in the banking business in order to relieve banks from undergoing credit crunch. It can also be called a bailout, due to bad loans; and the capital adequacy ratio of the banks have fallen and hence they are unable to lend money to the public. Lending and borrowing comprise the chief features of banking business, and the former feature faces a challenge due to bad debts.

For every loan rendered by the PSU Banks, the RBI makes it a mandate that they have to maintain a percentage of their loan as a capital ratio. Currently, PSU banks have to maintain a capital adequacy ratio of 12%, as per RBI norms.,For instance, the bank plans to lend INR 1,000 they have to hold INR 120 as the capital reserve. Let suppose a situation where the bank sanctions a loan of INR 1,000 and faces a 5% default,  thus, the bank’s capital falls to 70 from 120 due to bad loans worth INR 50. As a result of low capital, banks can now lend a maximum of INR 584 or they have to borrow to increase the capital to INR 120 to continue lending INR 1,000. Due to bad loans, banks are facing a severe disruption in their business; hence, the recapitalization scheme to infuse 2.11 lakh crores will force the banks to realize NPA and lend more to the deserving loan applicants.

Where will the Government fund this recapitalisation plan?