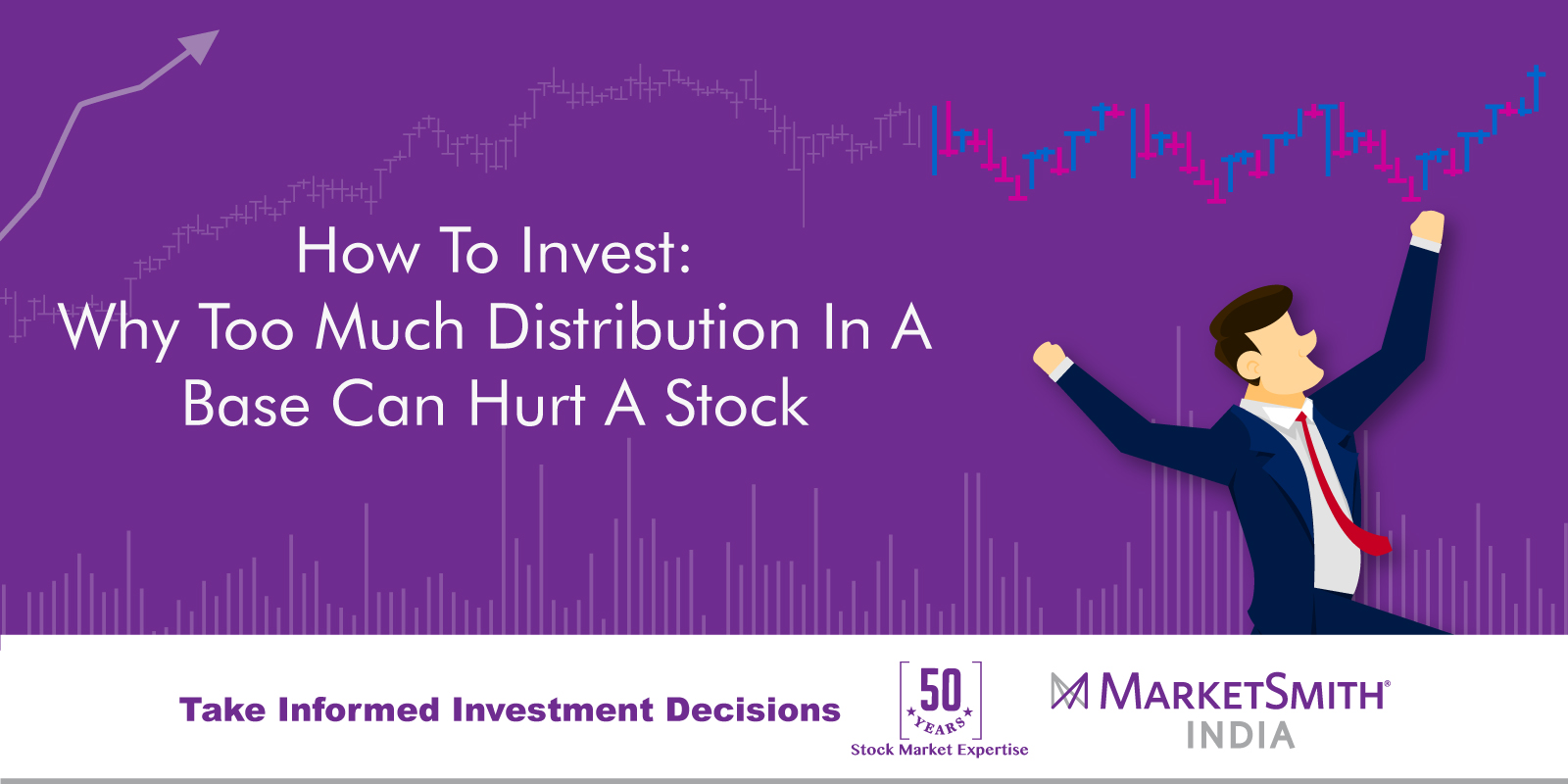 The process of identifying supply and demand in a stock starts with the analysis of both the price and volume in daily and weekly charts. Making this effort helps you reach intelligent decisions regarding when and how to invest in growth stocks.

But price action might be volatile as the base takes shape, resulting in a wide-and-loose pattern. There might also be too many signs of institutional selling in the base. Both are negative scenarios and can keep a lid on a stock’s breakout.

If a stock rises, say 5%, midweek but ends the week up just 0.2%, you could count it as an accumulation week, but it’s not a strong example as sellers clearly sought to exit the stock.

Piramal Enterprise Limited (PEL) had formed a 62-week-long consolidation base pattern before breaking out in August. During the formation of the base pattern, it saw more distribution weeks than accumulation.

By the time it was about to break out, it observed 10+ distribution weeks, whereas the accumulation count was lesser. Since breakout, the stock has been under selling pressure, losing 39% so far. On September 2, it lost its 50-DMA support and the 200-DMA in the following week. These are key sell signals, according to the O’Neil methodology.

One Reply to “How To Invest: Why Too Much Distribution In A Base Can Hurt A Stock”