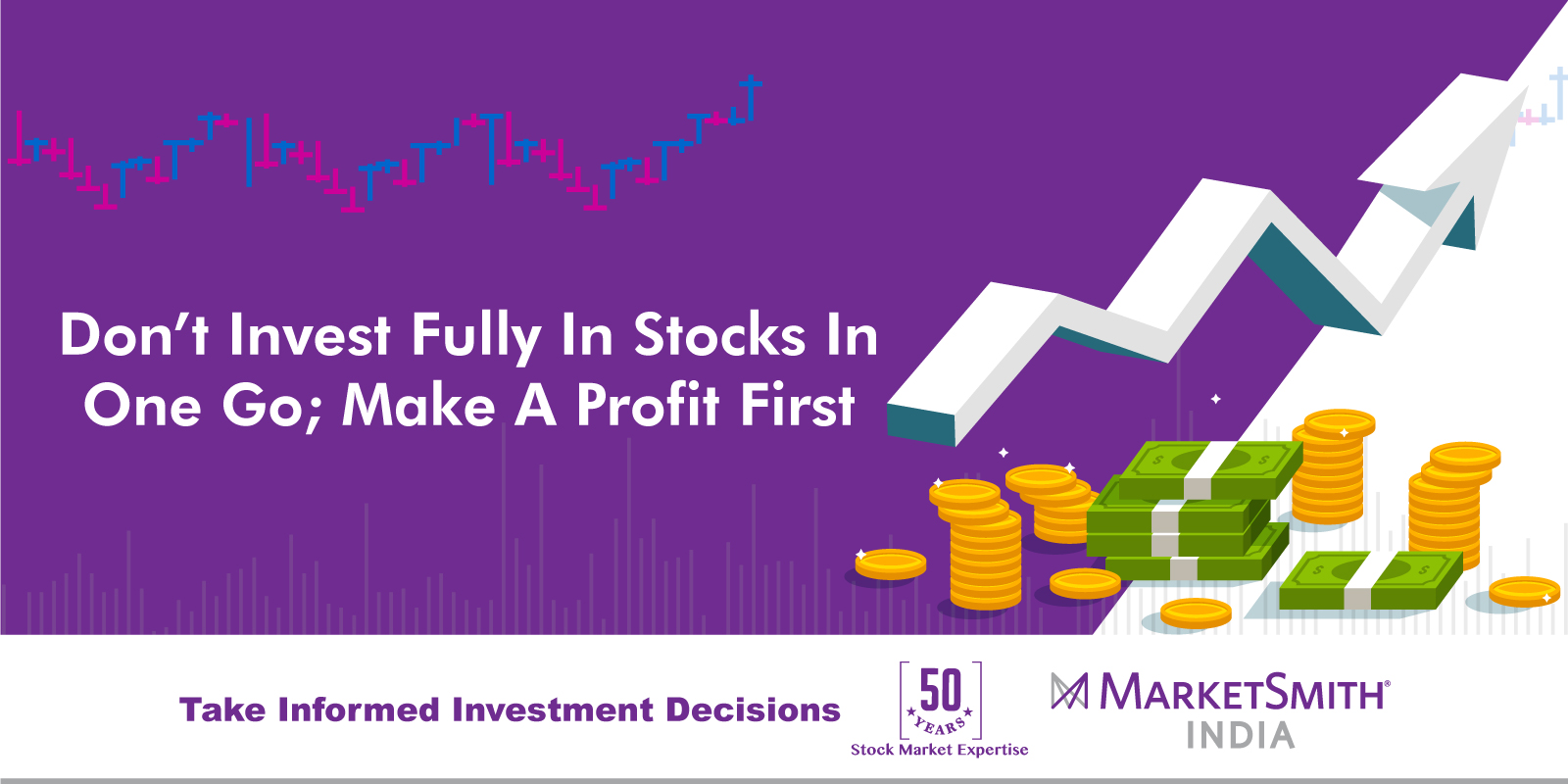 At the ongoing cricket world cup, a team’s captain would want players that have proven themselves on the international stage and in different playing conditions. Investors should view stocks in a similar manner before fully investing.

Let’s say Virat Kohli has confidence in Vijay Shankar and his all-round skills. But do you think he will hand over the ball in the final over of the semifinal to defend 10 runs? The answer is NO, because he has not yet proved his worth. In the same way, why take a huge stake in a stock before it proves its worth? Instead of putting a lump sum into a single stock, do so in small increments over time, and only if the investment is working in your favor. This can help you avoid committing your funds to underperformers.

Even in Top Stocks, start with a half-position. Let’s say you have Rs 10 lakhs that you want to invest equally in five stocks. Don’t run out and spend Rs 2 lakhs to buy shares of each stock. Why not commit half that amount the first time? If those holdings pan out, you could cost-average up, adding smaller amounts until you reach the full positions.

If you sell your worst performers, you can direct some of that money into your best stocks at ideal buy points. You may find your portfolio whittled down to just a few names. But that is alright. It is better to own a few leaders than a mixed bag of stocks.

How should you go about adding to your long-term positions? Conservative investors might try taking half-positions on their first buys. If the stocks go up at least 30% and form new sound bases, they can take smaller stakes at the breakout.

More aggressive players may add a smaller amount as soon as a stock moves up 2% to 3% from their initial purchase price. They could add even fewer shares if the stock advances a little higher. Restrict further buys to a 5% increase from your initial buy point, so you don’t risk getting caught in a normal pullback.

But remember, don’t fight the market. Always be sure to keep an eye on the market. Averaging-up rarely works during a weak market, since most breakouts and rallies fail during a correction.

As you can see in the chart, HDFC Bank went up after a breakout. If you were willing to invest Rs 2 lakhs in the stock, as marked in the chart, investment should be done in parts. As the stock went up, the amount was fully invested in three parts. As indicated in the chart of Aurobindo Pharma, after a good breakout, the stock went down. If you had invested only a part after the initial breakout, you might have exited the stock with less loss and preserved your capital to invest in some other good stocks. 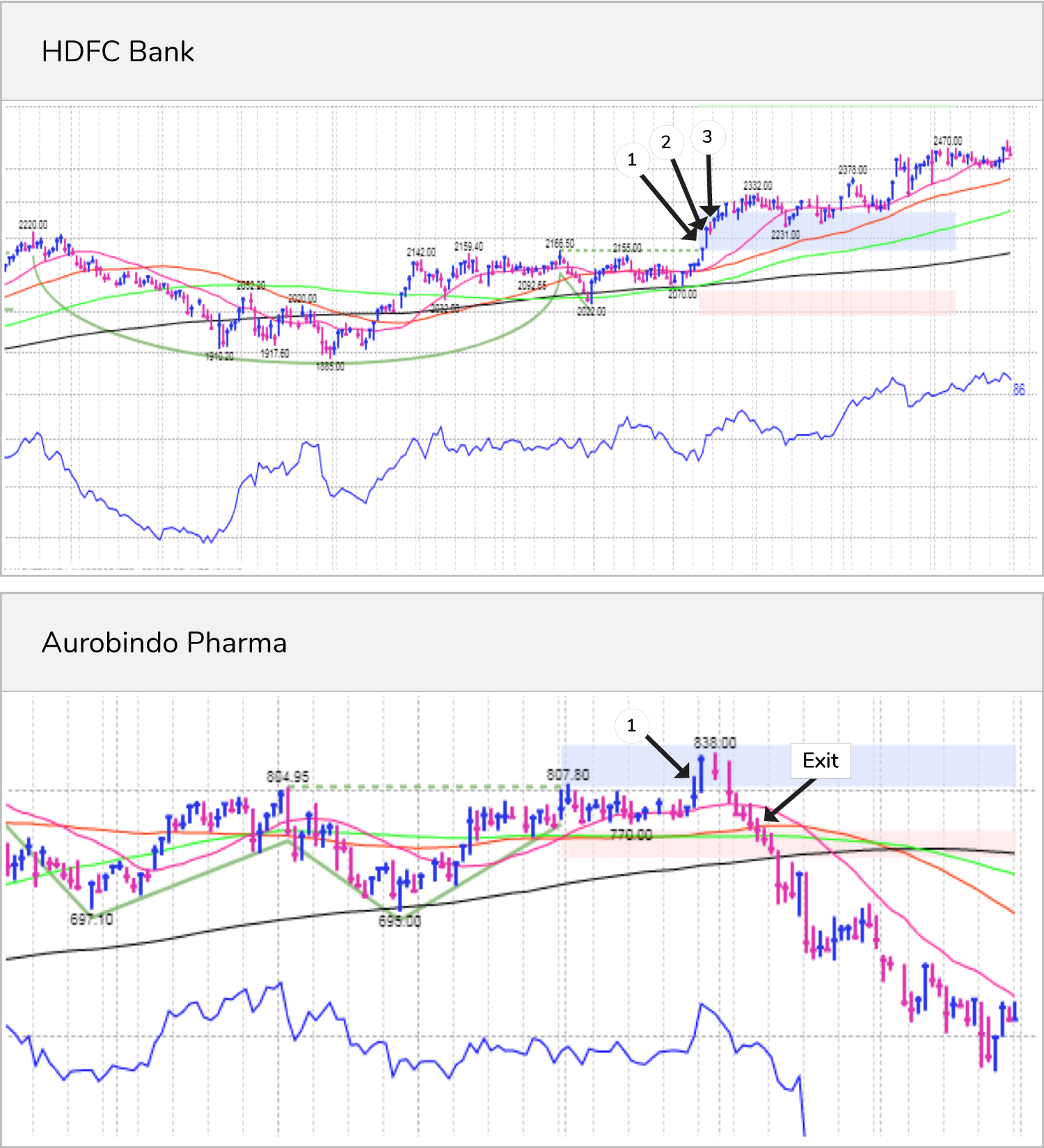