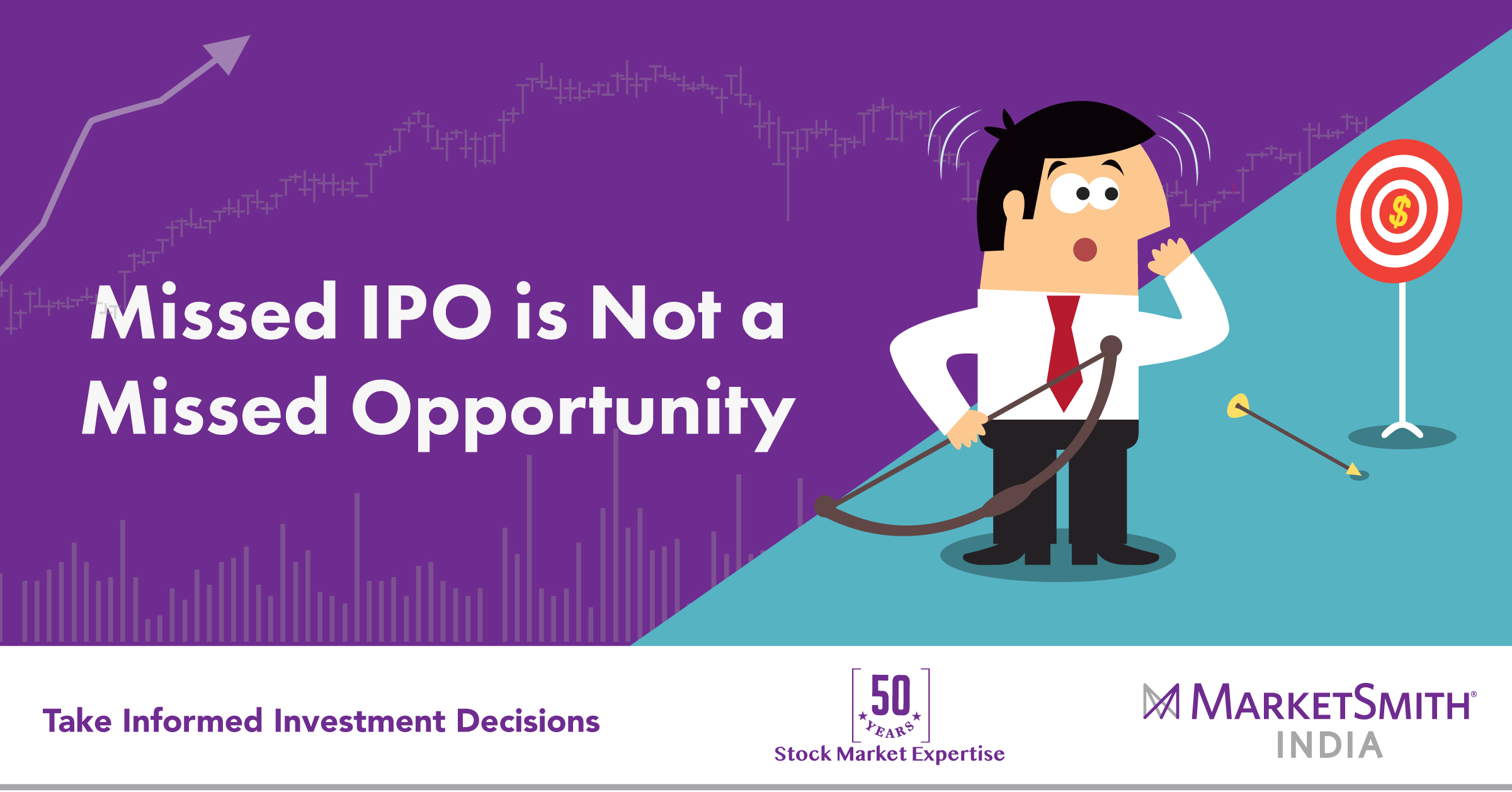 Companies making initial public offerings (IPO) draw a lot of investor attention. Some of the recent IPOs have attracted a very high number of applications. But the shares are allotted to a few investors, and that also does not exceed Rs 15,000 in value. To cash in on the gains made by a newly listed stock, some investors, who don’t receive an allotment, try to buy it later or remain unsure about taking a position.

At William O’Neil, we have a set of rules to take entry into a newly listed company. We advise investors not to buy a company’s shares on the day or during the week of its listing. For IPO stocks, there is no history of a price-volume action, so it is difficult to gauge the top. When it comes to investing in IPO stocks, new issues don’t play by the usual rules.

Look for a base formation after a listing. Firstly, there should be a massive gain as the stock goes public and before it runs down after hitting resistance. A classic IPO base is a short and shallow area of consolidation that occurs right after a company’s IPO.

The framework of a good IPO base is simple:

In addition to these points, the other important aspect is volume. At breakout, the volume should be very high, and accumulation should be good just before a breakout (on the right side of the base). However, the volume of the first two-three days generally tends to be very high and should not be set as a benchmark.

What next after the breakout?

From our study of different base patterns like cup-with-handle, double bottom, flat base, etc., we found that the highest success rate is of an IPO base. But, there may be a few stocks that fail after they break out from the IPO base. Ideally, after the breakout, we would not like to see a stock breach the pivot price and go back to the base. At last, our stop-loss rule of 8% can come at a rescue. If the odds are not in your favor, do not try to fight the market. Exit the position at a maximum loss of 8%. If there is growth potential in the company, the stock will rebound and give you another entry point in the future.

To understand this, let us take an example of Affle India, which got listed on August 8. On an intraday basis, it rose more than 20% and closed in the upper half of the day’s range. For the next two weeks, the stock fell but did not breach its IPO price and reversed from there. As shown in the chart, the volume dried up near the bottom, and a good accumulation started on the right side. After the breakout from Rs 960 level, the stock progressed higher to Rs 1,200 level. 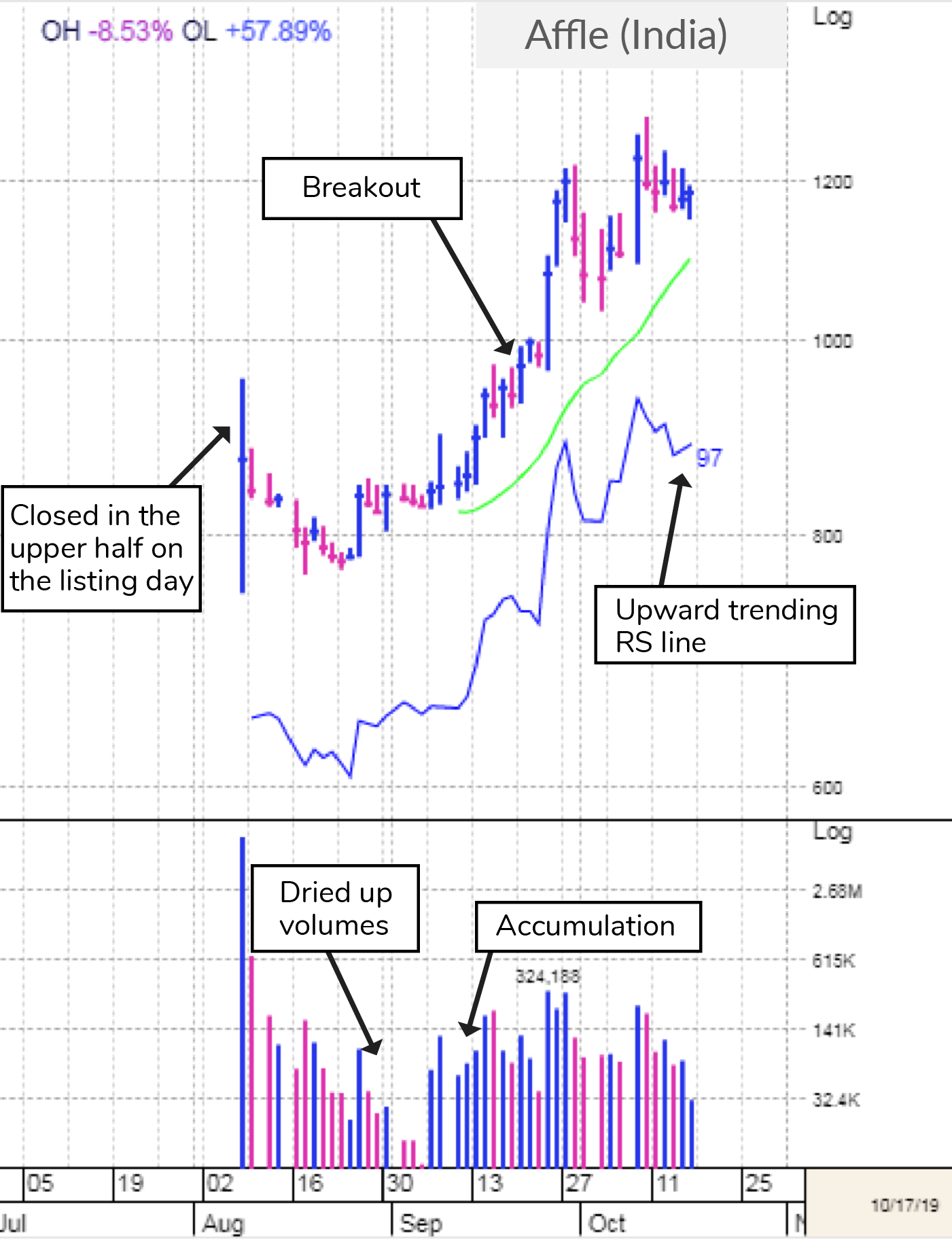 In the weekly chart of Avenue Supermarts (D-Mart), we can see that taking a position at the proper entry point could have fetched excellent returns even after the stock had gained more than 100% on the listing. That’s why we always say never fear the market. ‘Buy High Sell Higher.’ 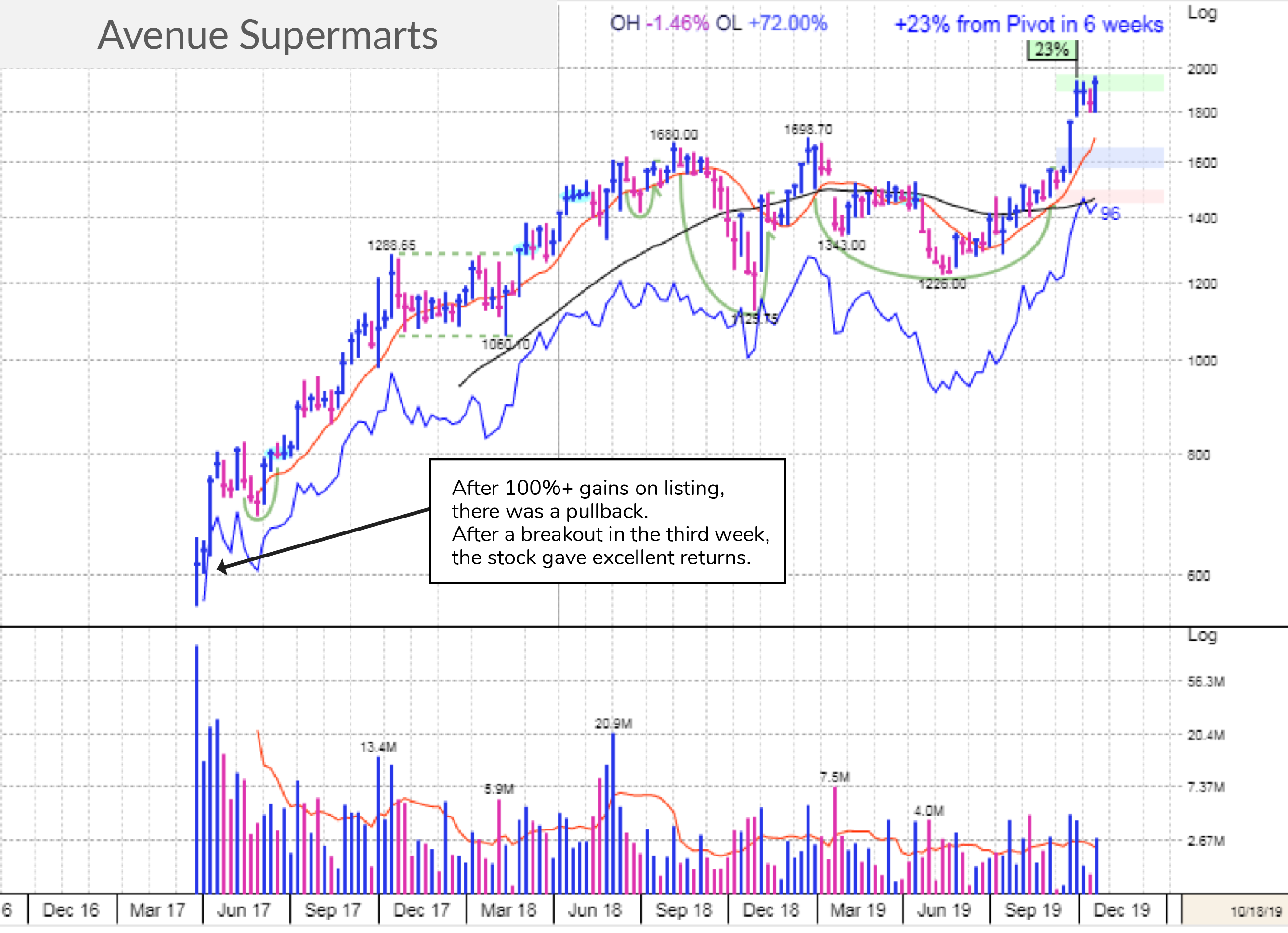 Looking forward, many of you might have missed the IPO of IRCTC and want to add it to your portfolio. The best way to go for this is to follow the rules set by O’Neil. Look for the points discussed above. If the movement of the stock matches all the criteria, the chances of IRCTC being the next big winner will increase.