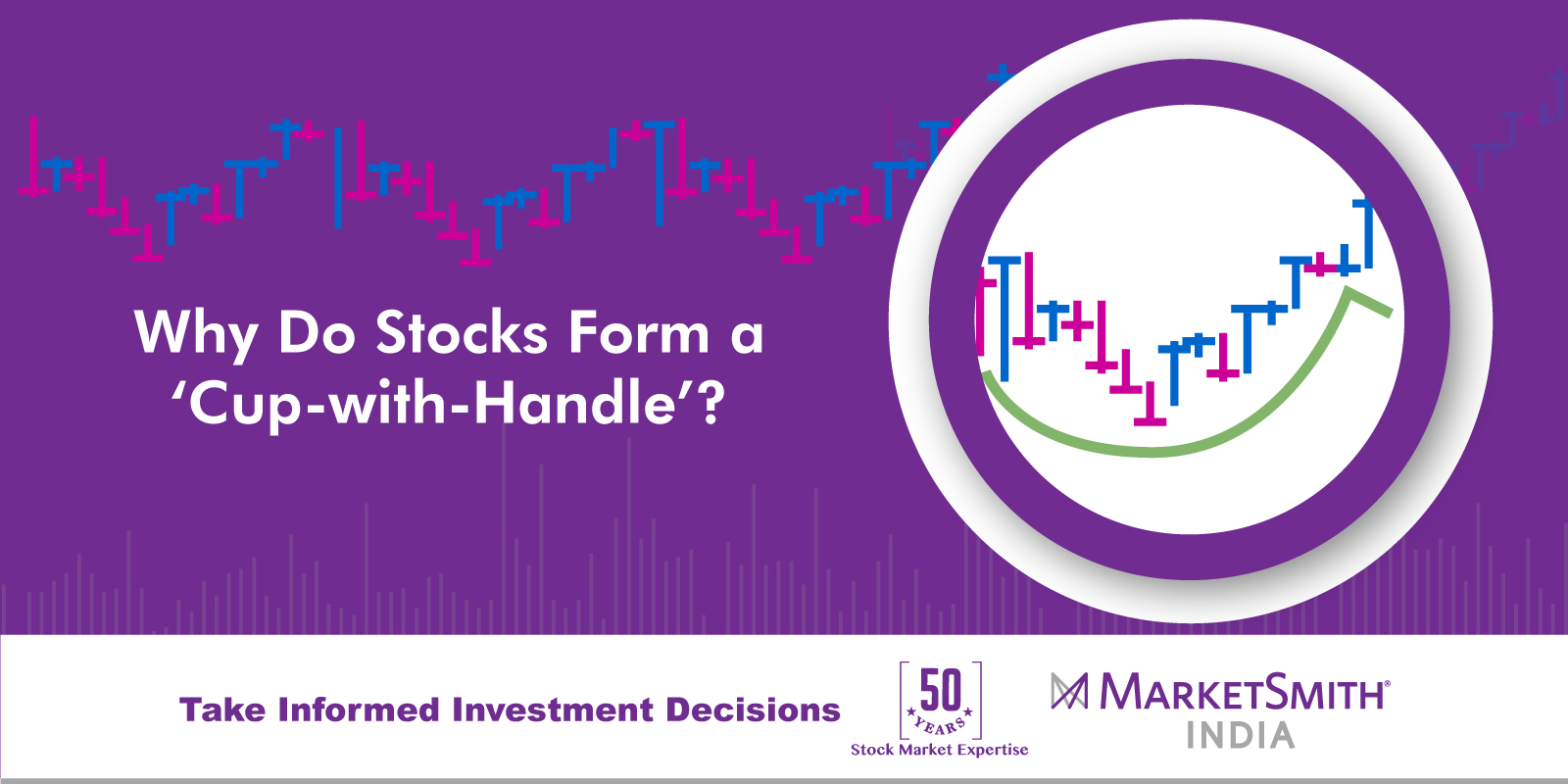 “Like the x-rays used by doctors, charts tell you at a knowledgeable glance if an individual stock, or the stock market in general, is healthy or sick. In doing so, they let you know if you should be in or out of the stock or in out of the market. And that, as you will see, makes all the difference.” – William J. O’Neil

For long, investing based on patterns made by stock prices have evoked mixed reactions amongst investors. Some historic, baseless allegations include believing stock price patterns as work of black magic! Very few investors have made an effort to understand the psyche behind how a stock price makes recognizable patterns, including our founder William O’Neil. He established set of investing rules, alongside stock price pattern recognition, which has a potential to produce hefty returns.

The cup-with-handle formation occurs frequently before big moves made by stocks and such occurrences are no coincidence. Price patterns are a result of tug of war between buyers and sellers. When an initial rally in a stock begins, Initial investors who are sitting on small profits would get tempted to book their profits, and that’s when the bottom of the cup forms.

A cup-with-handle is a key price pattern which helps investors time the market. Some of its characteristics are as follows:

Institutional investors, who are much more convinced of the stocks longer term price performance, increase their purchases in the stock and that’s when the stock recoups from the bottom of its cup to reach back its previous high, also known as its pivot. A few more weak hands see this as an extended opportunity to sell their stock near its previous high they had missed earlier, and cause a temporary shake out – creating the handle of the cup.

During this period big money investors use this opportunity to enter the stock again, and this is evident from volumes being abnormally high on the breakout. When volumes are at least 40% to 50% above the daily average volumes, you can be assured that it is not the retail investors causing the price action. When such price patterns are backed by good fundamentals for the stock, the probability of making gains simply increases! For such reasons, we look at both technicals and fundamentals of a company for picking our stocks.