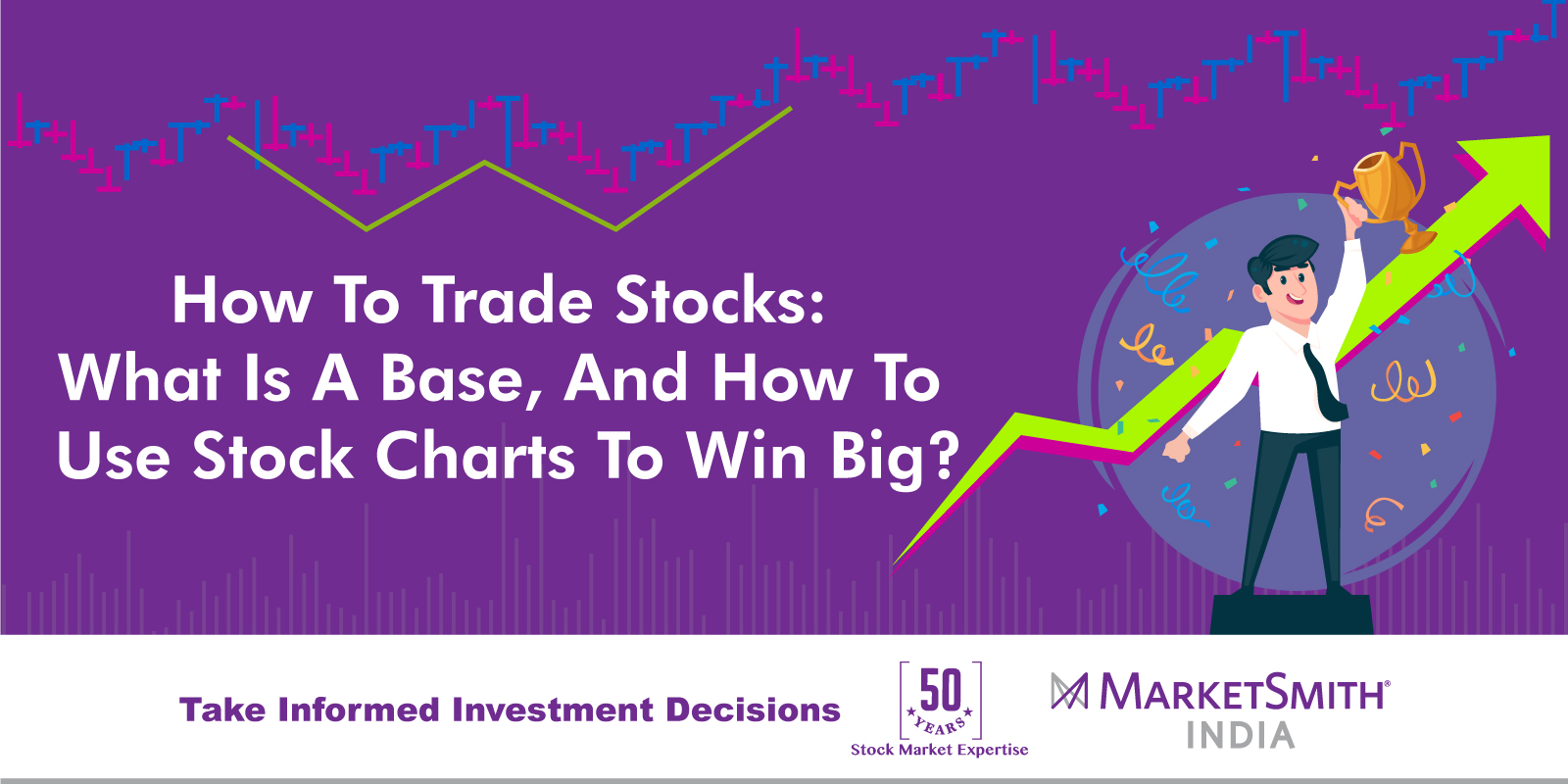 A base visually represents a great stock’s need to take a break. After a nice run-up in price, preferably 30% or more, such a stock will decline – in most cases, mildly. This is often the beginning of a new base. At some point, its demand among mutual funds, banks, hedge funds, and the like suddenly spikes. So, too, does the stock’s price. A breakout past a base’s proper buy point begins.

Some of the commonly observed bases are cup-with-handle, consolidation, and double-bottom pattern.

Think of a base as similar to what mountaineers set up when they challenge the summit of Mount Everest or K2. They don’t go all the way up in one straight shot. Instead, they set up base camps along the way. Climb. Rest. Scale higher. Rest again. Climb again. Pause, and then reach the top.

All of these bases have strict requirements and particular specifications. Yet, all of them will show the same signs of institutional support and buying. Bases reflect the human emotions of fear and greed, interacting together. 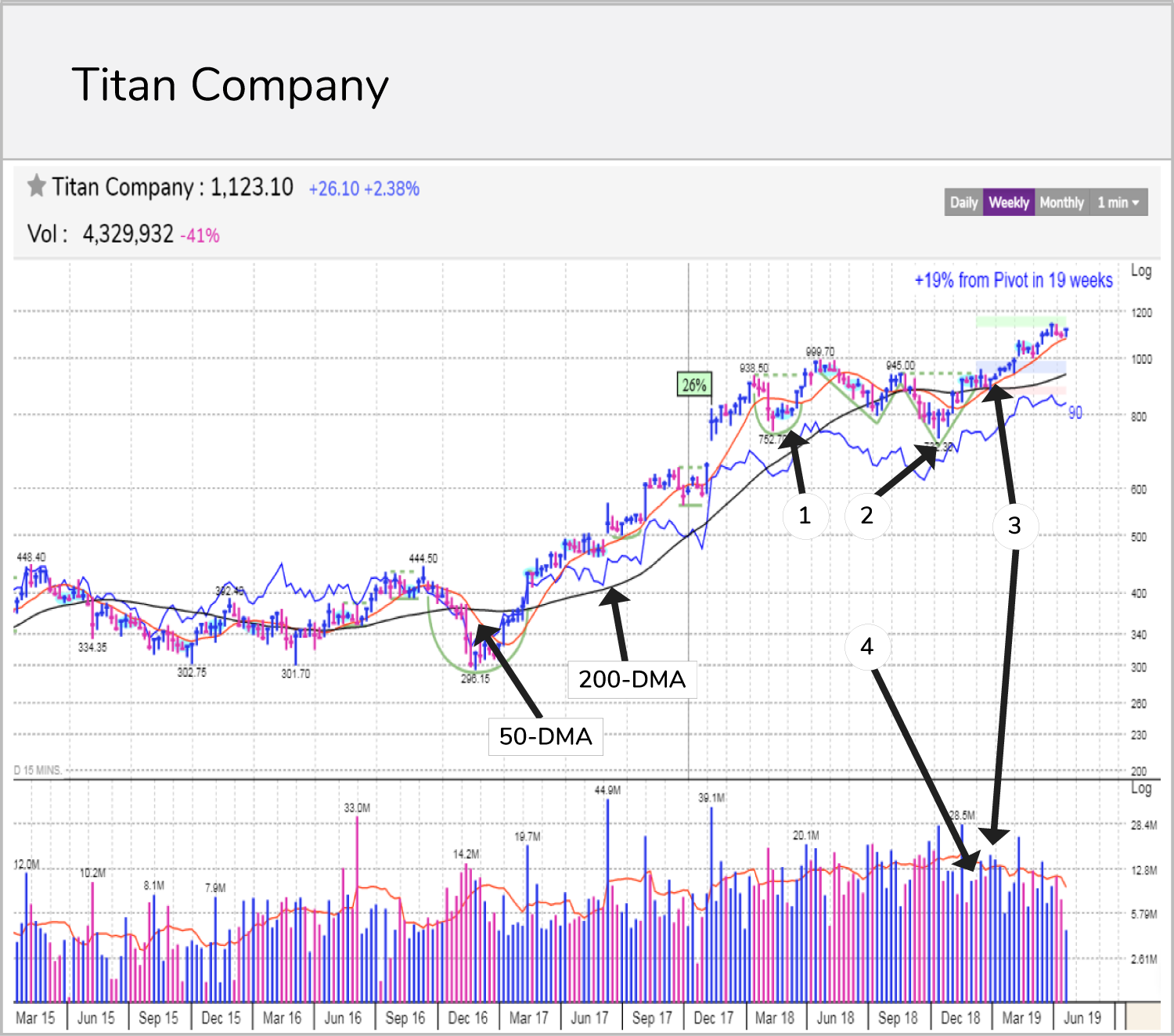 Before the strong advance, the down days saw below average volume (4), indicating no selling pressure from institutions.