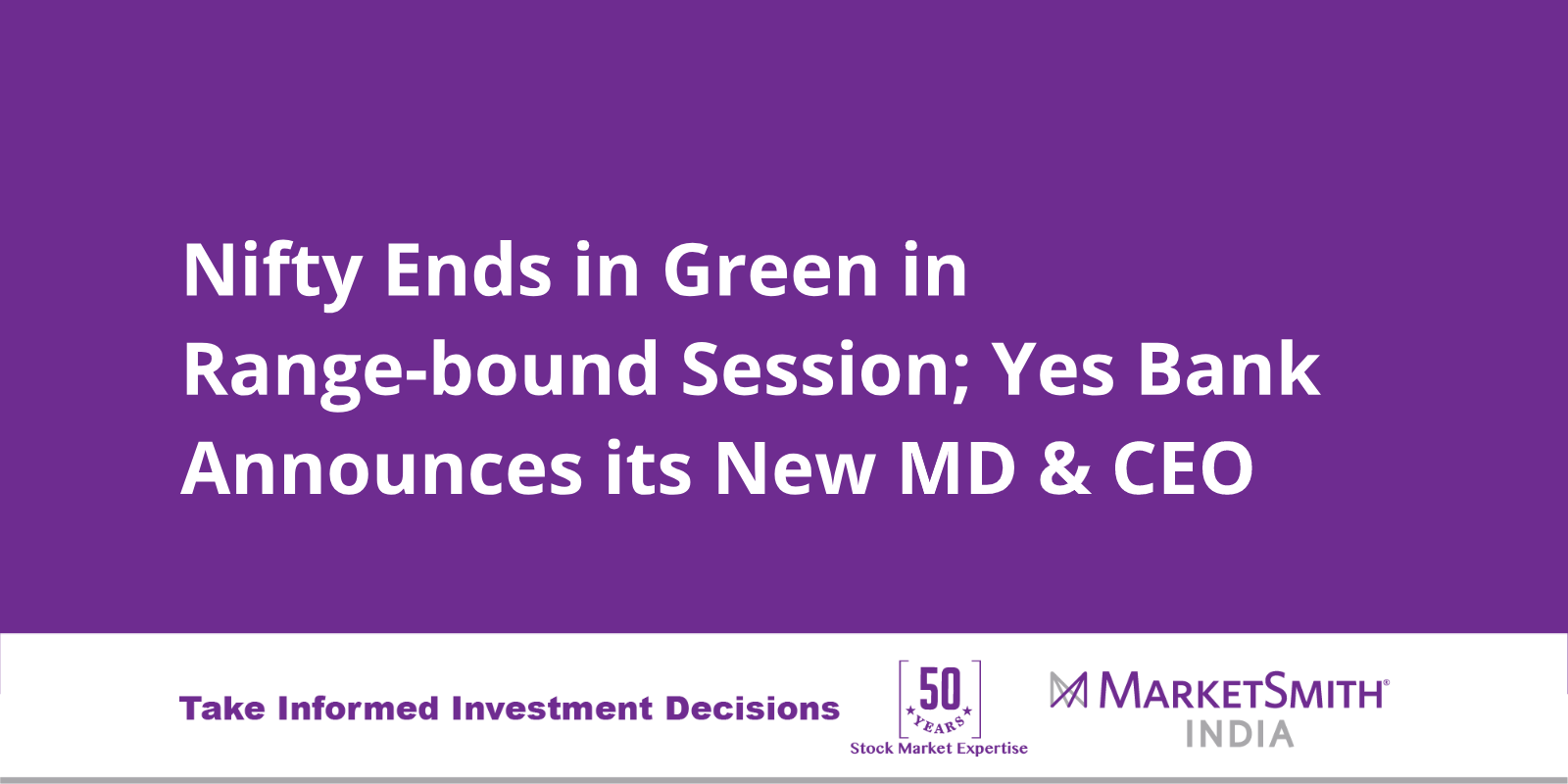 The Nifty was trading flat to down during today’s session. However, it ended in the green after strong gains posted by Yes Bank at the end of the session. It breached its 200-DMA during the day but managed to retake it towards the end. The volumes were weak during the day but improved before the closing bell.

Yes Bank announced its Q3 FY 2019 results during market hours. Net profit missed estimates, contracting by 7% y/y and asset quality deteriorated as GNPA ratio increased from 1.6% to 2.1% q/q. However the bank announced Mr. Ravneet Gill as its new MD & CEO. The stock reacted positively after the announcement as it closed 9.2%.

Colgate-Palmolive India: reported 10.6% and 7.7% growth in net profit and net sales, respectively, in Q3 FY 2019. Both topline and bottomline came out above street’s estimate. The stock was up 1.1 after the announcement of results.