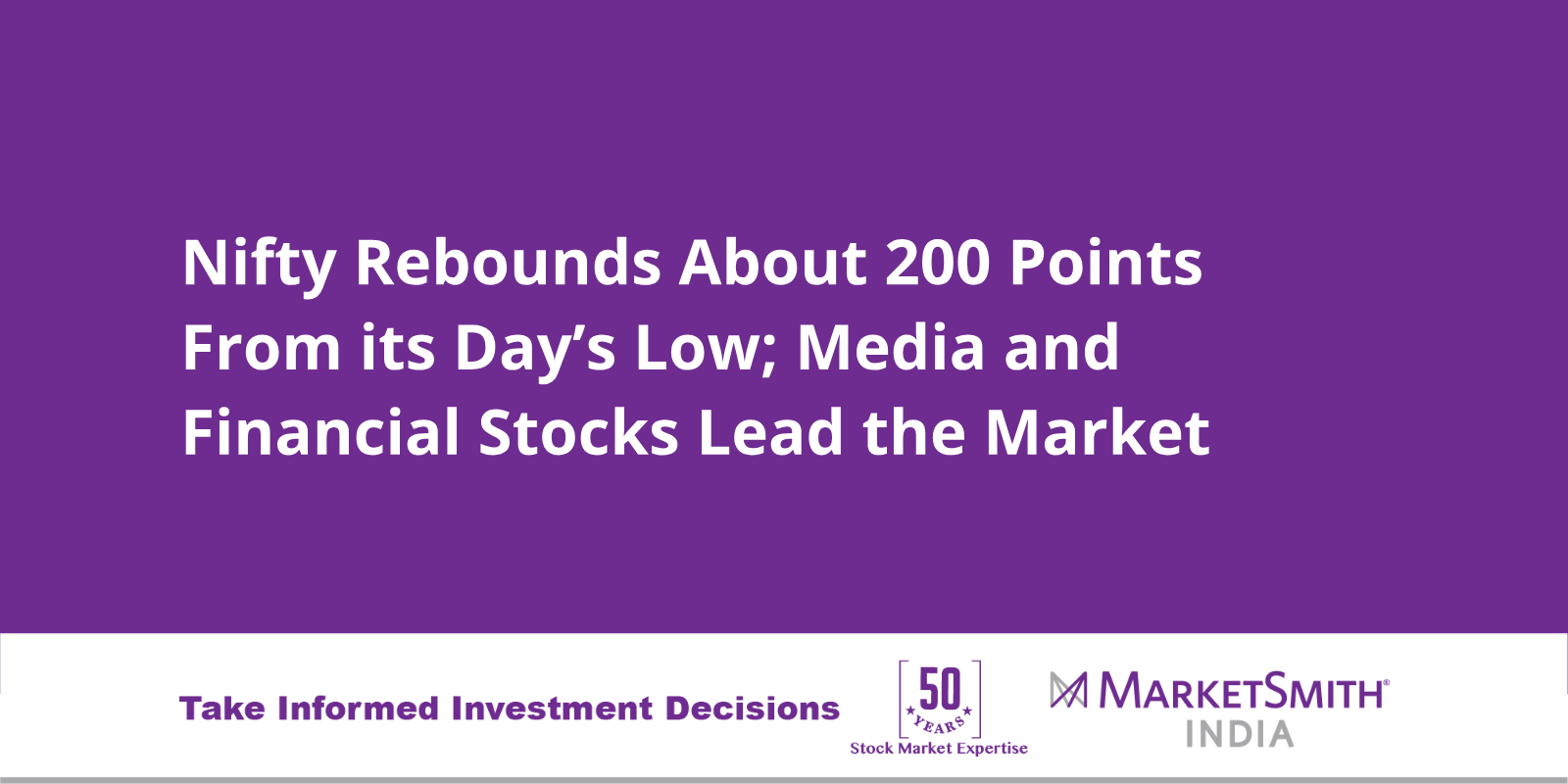 Nifty was up around 200 points from its day’s low. Following the global sell-off, the Indian market opened gap down. But, later market recover to end in positive territory.

The Nifty Midcap and Smallcap closed flat after declining 1.5-2% in the first half.

The advance-decline ratio was in favor of decliners. Of the 2,061 stocks traded on the NSE, 742 advanced, 949 declined, and 370 remained unchanged.

As the market condition is in an Uptrend Under Pressure, investors should proceed ahead with caution. Unless a stock shows exceptional fundamental and technical strength, no new addition to the portfolio is advised.

Hindustan Unilever: The Anti-profiteering Authority has said that the Company has profiteered Rs 535 crore while the Company claims it to be just Rs 160 crore. The stock was down in the morning and recovered later to end 0.4% higher.

Heritage Foods: The dairy product company’s share rose 2.5% today, as the Directorate General of Foreign Trade (DGFT) extended the ban of milk and milk products from China till April 23, 2019.