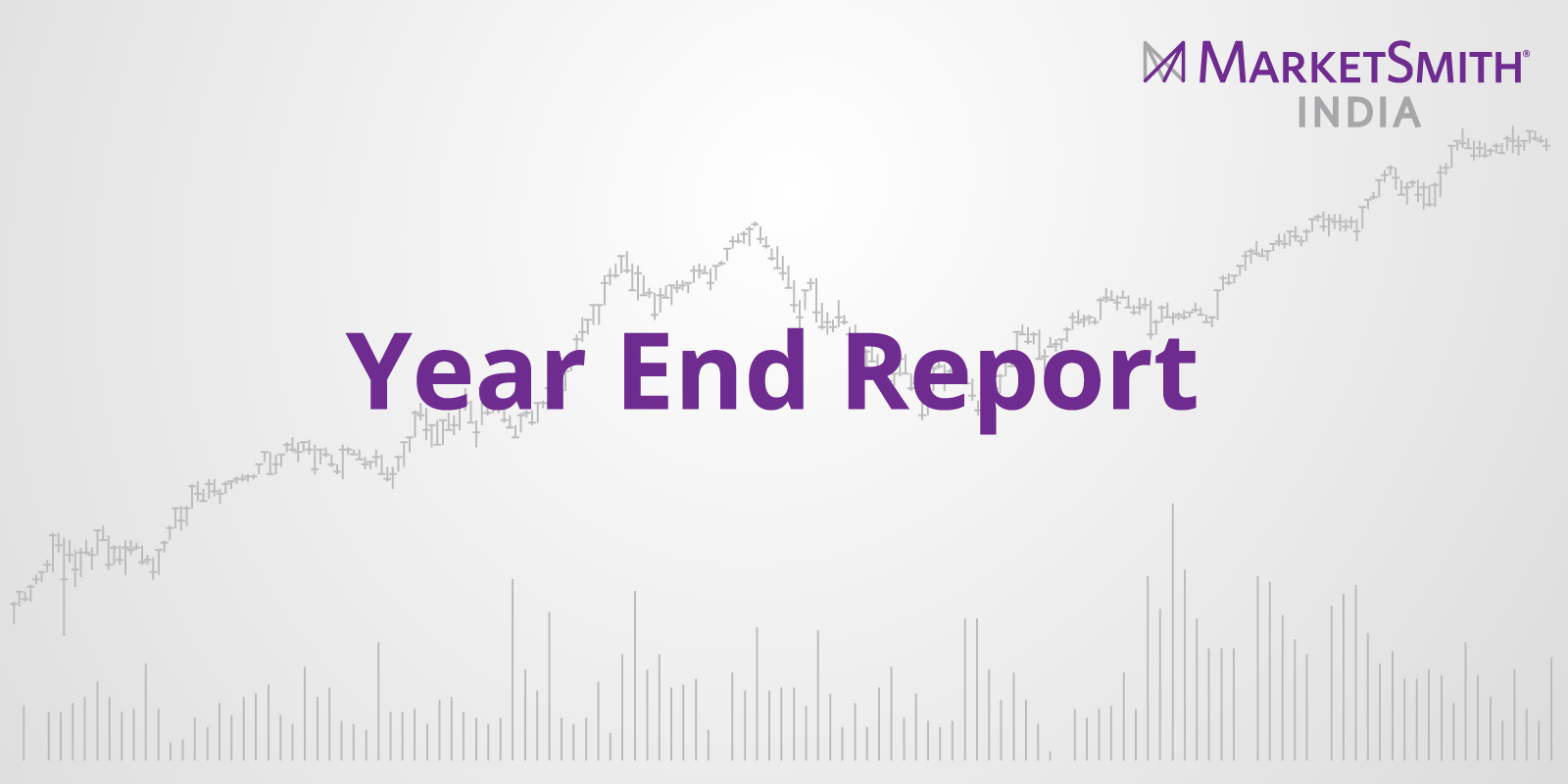 “You can learn more about the market by reading a couple of good books, studying the few successful investors or groups you know in the market, and plotting and analyzing on charts, all of your own past decisions.” – William J. O’Neil

To be a successful investor, it is important to learn from your mistakes. William O Neil strongly believed in this philosophy and therefore recommended that investors do a post analysis of one’s performance at regular intervals, which would help them frame a roadmap for future investments.

We had a strong bull run in 2017 which came to a halt in 2018. The Nifty gained 3.1% this year and the Sensex advanced 6%. Talking about the broader indices, the below-consensus earnings by most midcap and smallcap stocks put a question on their rich valuations, and as a result, Nifty Midcap and Smallcap indices fell 15.5% and 29%, respectively. The early signs of weakness in the Indian market were evident from February when the government announced the imposition of tax on long-term capital gains from shares. Rising crude prices and the falling rupee added to the woes of investors later during the year. The Nifty IT and FMCG sectors helped markets post modest gains this year. Our Model Portfolio underperformed the Nifty and fell 21% this year mainly because we were overexposed to midcap and smallcap indices.

Below is the list of our best additions and best removals.

The stock had been consolidating since September 2017, making a 29-week long double bottom base pattern. On April 4, the stock broke out of the pattern as it cleared its pivot price of Rs 1,848.

On June 14, the stock broke out of a nine-week long cup-base pattern on above average volume. It closed 1.2% above its pivot price of Rs 540.80.

The stock broke out of a 10-week long flat base pattern in late February. But, owing to weakness in the overall market, the stock remained sideways in March. On April 2, the stock advanced 2.8% and touched an all-time high of Rs 5,117.70. It closed 3% above its pivot price of Rs 4,963.90.

Page Industries is the exclusive licensee for the manufacturing, distribution, and marketing of the Jockey brand innerwear, sleepwear, and leisurewear in India, Sri Lanka, Bangladesh, Nepal, and the U.A.E.

We added the stock after it broke out of a 24-week-long consolidation base pattern, rising 3.9% on more than 3.5x the 50-day average volume.

Reliance Industries is involved in the exploration and production of oil and gas, petroleum refining and marketing, the production of petrochemicals, digital service, and organized retail.

The stock was added after it broke out of a six-week long flat base on above average volume.

Bata India is the largest footwear retailer in India with a market share of 35% in the organized footwear market. It follows an omni-channel distribution strategy, selling its products across 1,290 Bata stores, and on its website and thousands of other multi-brand footwear dealer stores across the country.

The stock was added after it witnessed a huge buying interest when it jumped 4.8% and broke out of a seven-week long flat base on 4x the 50-day average volume. The stock cleared all its previous resistance levels – Rs 800, Rs 807, and its pivot price of Rs 816.70 in today’s session. It closed marginally below its pivot.

The stock was added after it broke out of a double-bottom base on above average volume. We removed it after it hit the stop-loss of 8% and breached its 21-DMA. Post that, the stock corrected more than 40% in one month and was unable to rebound during the last six months.

The stock was added after it broke out of a flat base. We booked profits of 63% in this stock. It was held for three months in our portfolio. We removed it as it breached its 50-DMA. Post the removal, the stock is down 86%.

The stock was added in January after it broke out of a cup base but was removed within two weeks as it hit our stop-loss rule of 8%. After the removal, the stock is down almost 87%.

The stock was added after it broke out of a consolidation base. The stock was removed with a loss of 10% as it reached stop-loss and breached the key support level. The stock collapsed 78% from our removal price.

The stock gave a return of 157% in our portfolio. It was held for more than a year. After technical weakness, the stock was removed and currently it is down 22% from our removal price.

In 2019, Lok Sabha elections will play a big role in setting the tone of the market; however, weakness in global markets should not be ignored. Investors are advised to take positions in stocks that are fundamentally very strong and are trading at reasonable valuations. If you go wrong in any stock, don’t hesitate to cut short your losses as low as possible. As per the O’Neil methodology, we follow a strict stop loss rule of 8% and we advise our users ‘to adhere to the same practice.