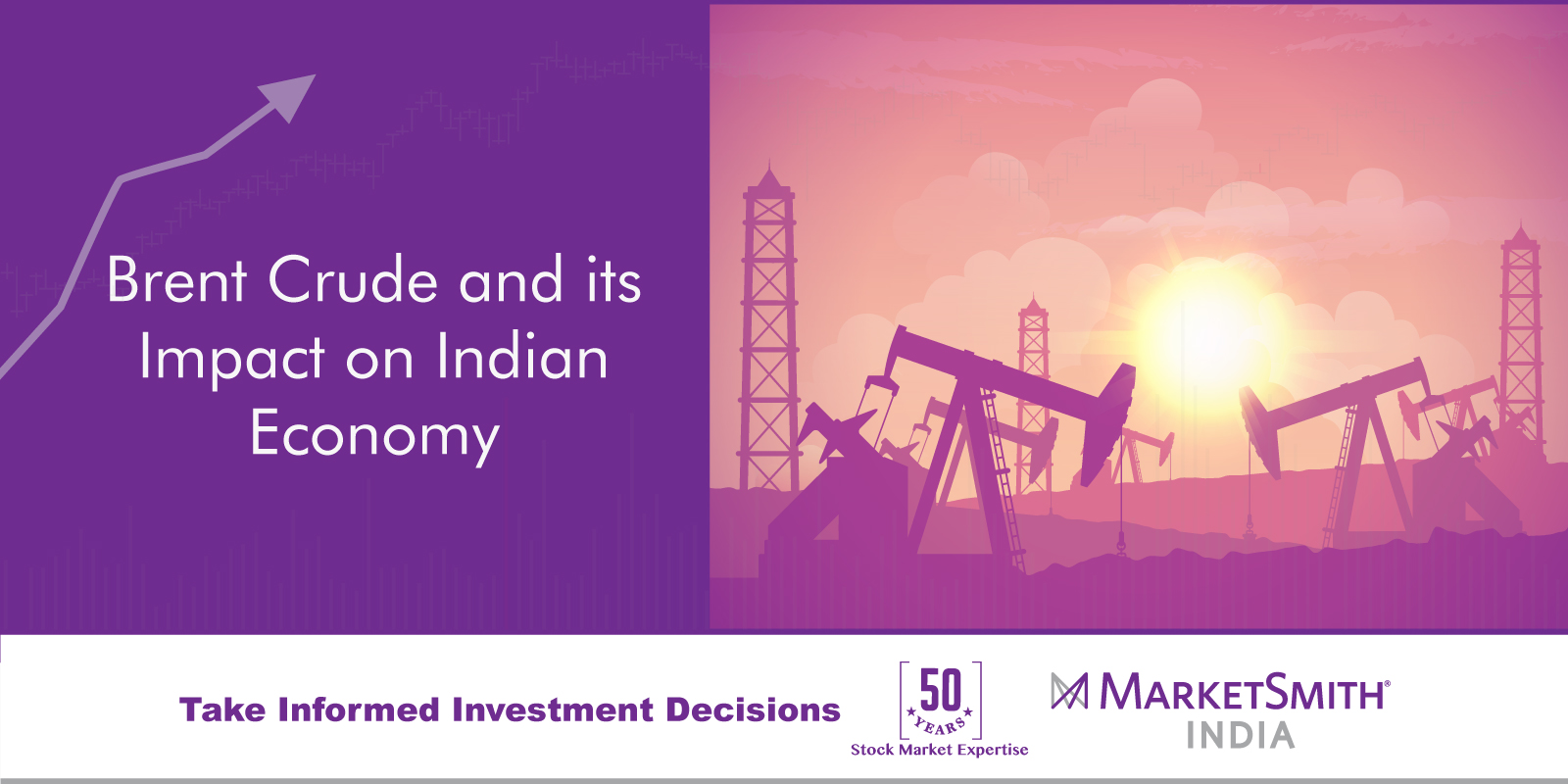 India is the net importer of goods ($126B) in 2017 and oil ($74.7B) is the biggest category among imports. India imports 86% of its annual crude oil requirement. Since the payments are made in USD, India’s deficit will depend on crude price as well as on the USD to INR conversion. The USD and INR conversion in itself is dependent on oil prices, and hence the larger the outflow of USD, the sharper will be the rupee depreciation.

Importance of Crude Oil for Trade Deficit, Inflation, and Currency:

With a weightage of 2.4% in the CPI calculation, crude prices have a moderate impact on overall CPI number. However, crude prices impact the cost of producing many goods as crude is used as a raw material in many industries.

•If rupee depreciates by INR 1 against the USD, import bill will increase by INR 90B (For calculation, 1 USD=65 INR assumption is taken).

•Current Account Deficit (CAD) is a measurement of a country’s trade where the value of country’s imports exceeds that of exports. Crude oil being a major item among imports will have a higher impact on the CAD. Widening CAD further depreciates the rupee against global currencies.

Any production cut by the OPEC would drive the prices higher, but the individual countries do not want to give up their market share. Geopolitical tensions among OPEC countries have led to a decline in oil prices. It is becoming more difficult to curtail the supply, which is important for the prices to stay higher.

Apart from the supply and demand, oil prices are also dependent on speculative traders. Oil futures are one of the actively traded commodities similar to the F&O market. The sudden decline in crude oil prices from $145 in July 2008 to $36 in December can be marginally attributed to the F&O market.

What is Brent Crude and WTI?

Brent crude is extracted from the North Sea, whereas Western Texas Intermediate (WTI) is from oil fields in the U.S. They differ in the amount of sulphur content; the lower is the sulphur, the easier it is for refining. WTI has 0.24% sulphur content whereas Brent crude has 0.37%. WTI is the benchmark for oil prices in the U.S., whereas two-thirds of the world oil contracts are traded in Brent. The difference in these prices is called as WTI vs Brent spread, which is dependent on geopolitical issues, weather, and regulations. As India imports mostly from OPEC countries, Brent crude is the benchmark for India.

As the oil prices rise, ONGC and Oil India may have to absorb fuel subsidy. As the fiscal deficit widens, government would want to share the subsidy with these companies. In 2015, as the prices were lower, these companies did not contribute to fuel subsidy. Whereas oil marketing companies were asked to share less than 1% of total subsidies since 2012. As long as the crude prices stay below $60/barrel, the impact of fuel subsidy on these companies would be minimal.

In its latest budget, the government decreased fuel subsidy by 5% to INR 20,800 crore. It comes as a negative statement to companies like ONGC and Oil India. These companies P&L would affect adversely because of this move.

Energy stocks have 12.5% weightage in the Nifty50 and 15.2% in the Sensex. Hence, the Nifty and the Sensex are sensitive to oil price movements. Higher crude prices adversely affect tyre manufacturers, footwear, lubricants, paints, and airline companies.

Reliance: The Company receives 74.8% of its revenues from petrochemicals business. It posted good December quarterly results. It is constructively trading above its 50- and 200-DMA. With respect to refining, the Company reported Gross Refining Margin (GRM) of $8.8/bbl in Q3 FY 2019, outperforming Singapore complex margins by $4.5/bbl. The Company’s exports of refined products increased 19% y/y to $6.9B aided by volume growth of 5% to 10.8 MMT.