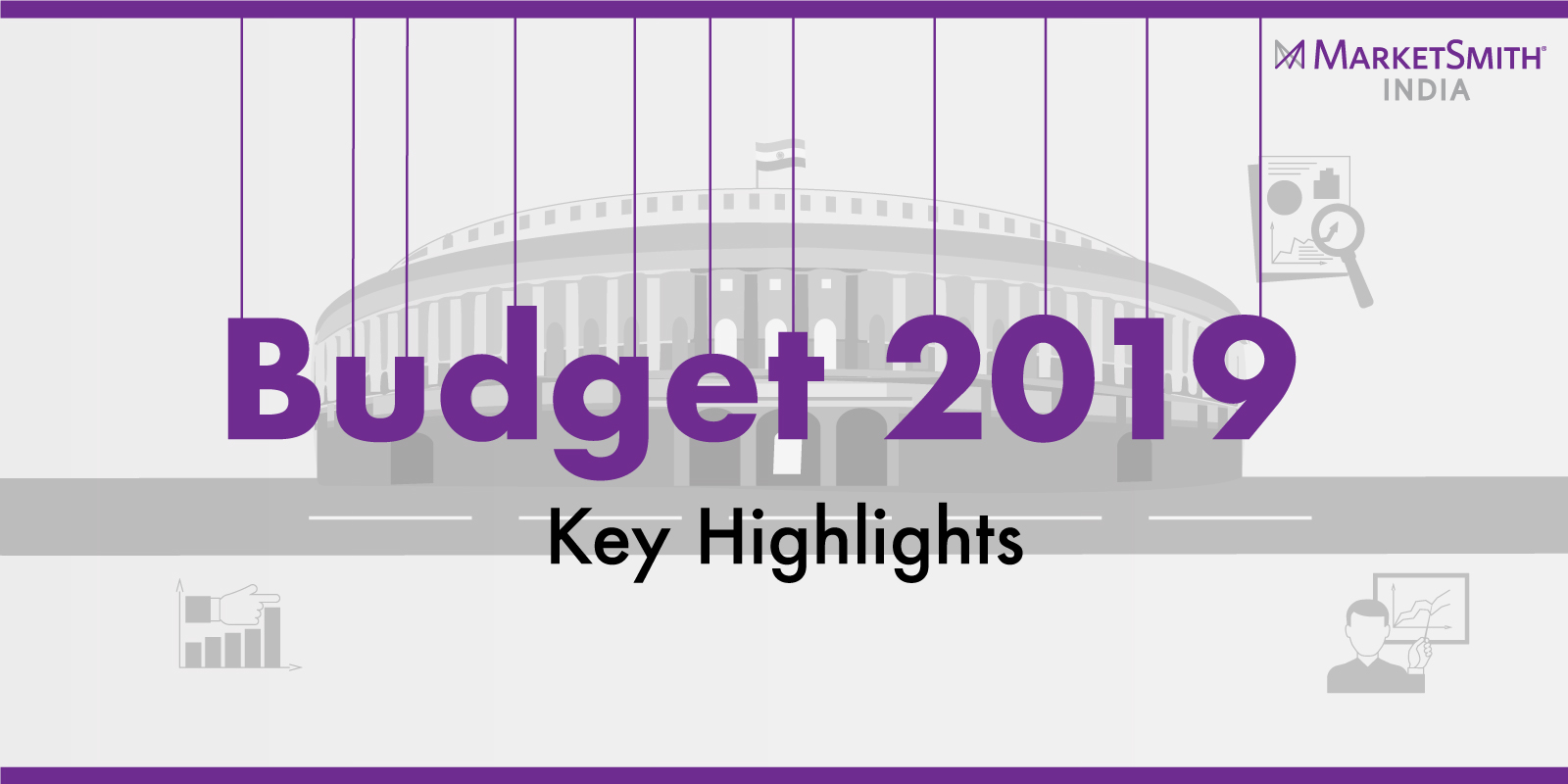 – The government set a fiscal deficit target of 3.3%, lower than consensus. It plans to meet this target via increased non-tax revenue from disinvestments (Rs 1,05,000 crore), the Reserve Bank of India’s special dividend, and additional levies on petrol and diesel.

– Public sector banks (PSB) get recapitalization of 70,000 crore. This will be additional relief after the major PSBs improved their loan book quality and coverage ratios.

– Private investment will be encouraged in railways through Public-Private-Partnership (PPP) model. The government also announced 22.6% increase in road development outlay and the Pradhan Mantri Gram Sadak Yojana (PMGSY) completion target was advance to 2019 from 2022.

– The budget reiterates focus on Housing for All. Loans for affordable housing will get tax benefit, which is expected to boost demand.

– The turnover threshold for lower tax rates of 25% has been increased to Rs 400 crore from Rs 250 crore.

– The funds will also be borrowed from foreign markets and currencies. The government is budgeting fiscal deficit target of 3.3% of GDP, lower than consensus, along with reducing central government debt to GDP ratio to 48% from 48.4% in the previous year.

– The government estimates Rs 1,05,000 crore of disinvestment receipts for FY20. This will include strategic sales of PSUs.

– Cashless transactions will be promoted as it is proposed to levy TDS of 2% on cash withdrawal exceeding Rs 1 crore in a year from a bank account.

– The effective tax rates on individuals having taxable income from 2 crore to 5 crore and more than 5 crore will increase by ~3% and 7%, respectively, as additional surcharge will be levied.

– Petrol and diesel will get costlier as special additional excise duty and road and infrastructure cess was increased by Rs 1 per liter on both. The customs duty on gold and other precious metals will be increased to 12.5% from 10%.

Expenditure: Allocation to the ministry of Agriculture more than doubled from the last budget. This is to push growth in rural India.

PSBs will get an additional capital of INR 70,000 crore. With Provision Coverage Ratio (PCR) and Net Non-Performing Assets (NNPAs) of major PSBs reducing this year, this will provide extra relief and expedite the recovery of burdened banks.

PSBs will get a partial one-time six months’ guarantee on purchase of assets from financially sound NBFCs. This will improve liquidity situation in NBFCs and support credit growth.

The government announced measures to develop corporate bond and debt securities market. This includes transfer of investments in debt securities issued by the Infrastructure Debt Fund – Non-Bank Finance Companies (IDF-NBFCs), from FIIs/FPIs to domestic investors (within a specified lock-in period), and allowing AA rated corporate bonds to be deemed as collateral by exchanges. This will help the underdeveloped corporate bond market and enable smooth and efficient allocation of capital.

The government acknowledged shortfall of capex in building railways infrastructure (~INR 1.5-1.6 lakh crore annual insufficiency for large projects) and proposed the Public-Private-Partnership (PPP) structure to invite private investments in railway projects and prevent delays in completions. Additional Metro Rail projects of 300 kms were approved in 2018-19, which is ~46% of the current operational metro route.

To boost funding interest in infrastructure projects, the government allowed the transfer of investments in debt securities issued by Infrastructure Debt Fund – Non-Bank Finance Companies (IDF-NBFCs), as mentioned above.

The outlay for Pradhan Mantri Gram Sadak Yojna jumped by 22.6% to INR 19,000 crore, according to budget estimates for the upcoming year. Over 80,000 crore will be spent over the next five years to upgrade around 1,25,000 kms of road under the scheme. The road project Bharatmala and river transportation project Sagarmala will be pushed to improve industrial transportation.

Housing for All expedited, Affordable Housing loans to get tax benefits

Under Housing for All, the government targets the completion of 1.95 crore houses in the next two years. So far, 1.45 crore houses have been transferred to the beneficiaries.

The budget proposed interest deduction up to Rs 3.5 lakh from current deduction of Rs 2 lakh for interest paid on loans borrowed up to 31st March 2020 for the purchase of an affordable house valued up to 45 lakh. This will translate into a benefit of around Rs 7 lakh to the middle-class home-buyers over their loan period of 15 years.

The turnover threshold for lower tax rates of 25% has been increased to Rs 400 crore from Rs 250 crore. More than 99% of companies will be covered under the 25% tax rate, and will be beneficial for small enterprises.

For ease of access to credit for MSMEs, the government will provide loans up to Rs 1 crore for MSMEs within 59 minutes through a dedicated online portal. Under the Interest Subvention Scheme for MSMEs, Rs 350 crore has been allocated for FY20 for 2% interest subvention for all GST registered MSMEs, on fresh or incremental loans.

A special pension benefit is being offered to retail traders/shopkeepers with annual turnover less than Rs 1.5 crore (Prashan Mantri Karam Yogi Maandhan Scheme). This will benefit over three crore individuals.

Despite the FDI flows dropping ~13% globally, India managed to attract 6% higher than the previous period.

In single brand retail, 100% FDI is allowed but the companies are required to procure ~30% of the materials to be sourced from local suppliers meeting certain criteria. The government announced it will ease these local sourcing norms, which will encourage foreign flows in the sector.

The finance minister announced that the government will consider proposals on easing FDI norms in Aviation, Media, and Insurance Sectors as well. For reinsurers, the government has proposed reduction in the net owned fund requirement to Rs 1,000 crore from Rs 5,000 crore.

FPIs will now be allowed to subscribe the securities issued by ReITs and InvIT. The limit for investment in a company by FPIs has also been eased to sectoral foreign investment limit.