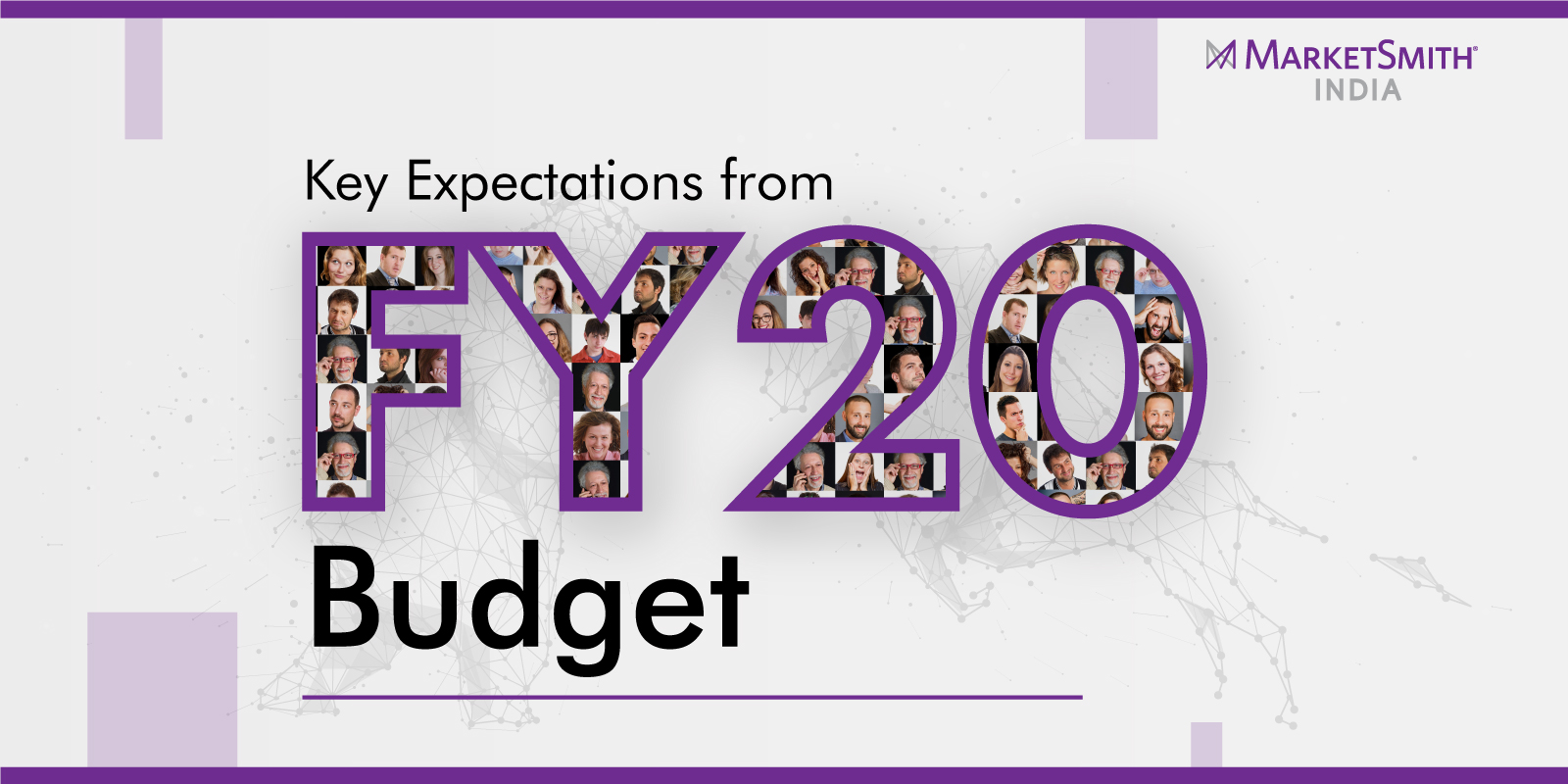 ● Non-tax Revenue may Increase; Disinvestment Target Could be Increased to Rs. 900B

The actual revenue receipts in 2019 were well below revised estimates (lower by 1% of GDP). This may mean that the estimated revenue receipts for FY20 will most likely be revised downward. It may put pressure on the fiscal deficit target, which was kept at 3.4% in the interim budget. Newly introduced income support for farmers will also increase the expenditure. Thus, we expect the government to increase fiscal deficit to 3.5% of GDP.

As the actual revenue receipts for FY19 came lower than estimated, there might not be any change in structure of direct taxes.

Market participants are demanding for removing LTCG tax. But considering the upside pressure on the fiscal deficit because of weak revenue receipts, we expect this to be an unlikely announcement.

3.Non-tax Revenue may Increase; Disinvestment Target Could be Increased to Rs. 900B

Non-tax revenue target might increase as it is expected that the Bimal Jalan Committee’s recommendations on the central bank’s economic capital framework will be submitted very soon and the government can get a large share through the dividend. In FY19, non-tax revenues expanded 27.7% y/y to Rs. 2.5T. Dividends and profits stood at Rs. 1.1T. Of this, the government received Rs. 400B as surplus from the RBI in FY19, and an additional interim dividend of Rs. 280B (as per reports). The cumulative disinvestment proceeds of the government stood at Rs. 850B in FY19 Prov., exceeding the RE for FY19 (Rs. 800B).

After the announcement of interim budget, Q4 FY19 GDP came at 5.8%, materially below expectations due to weak consumer demand, especially from rural India. In response to this, the government may maintain the fiscal stimulus announced in the interim budget, especially the ones pertaining to agricultural sectors (low-cost loans, benefits transfer of INR 6,000 per year to farmers, among others).

Consumer and Infra stocks to be in the spotlight