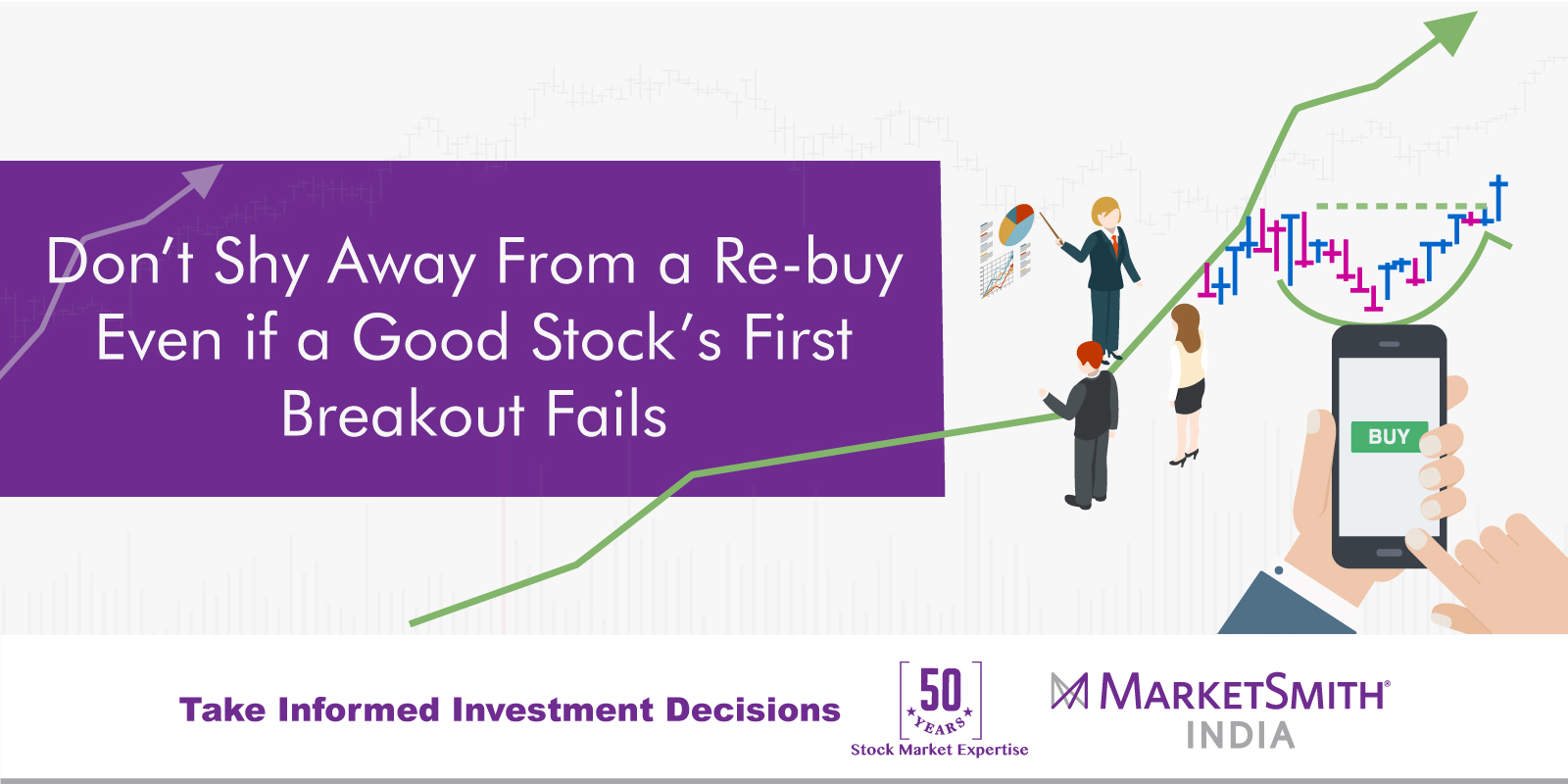 Remember the saying, “If at first you don’t succeed, try, try again?” In stock investing, you have to be prepared to do just that. It might take several buys before a stock starts moving your way.

Trading is not as easy as just hitting the buy button on a sound stock that is breaking out of a textbook chart pattern in heavy volume. You cannot expect every stock you buy to be a big winner the first time you buy it. Even if you have bought the true leader in a top-ranked group, you can still be prone to a shakeout.

An analyst downgrade or a general market correction can force you to cut your losses. While this can be frustrating, don’t fret. Since breakout stocks are at or near new highs, they often feel turbulence before getting going.

So if you happen to get shaken out, don’t give up and move on to another stock. The stock that just handed you a loss may not be dead yet. It may still become a winner.

Continue to pay attention to its price-volume action, especially if you still have conviction in the stock. If it takes out its latest buy point again, don’t be afraid to take a second shot or even a third.

Investors may try buying a larger position the second time around. It may seem contrary to conventional wisdom. But it may help boost one’s psychology and confidence in the stock. 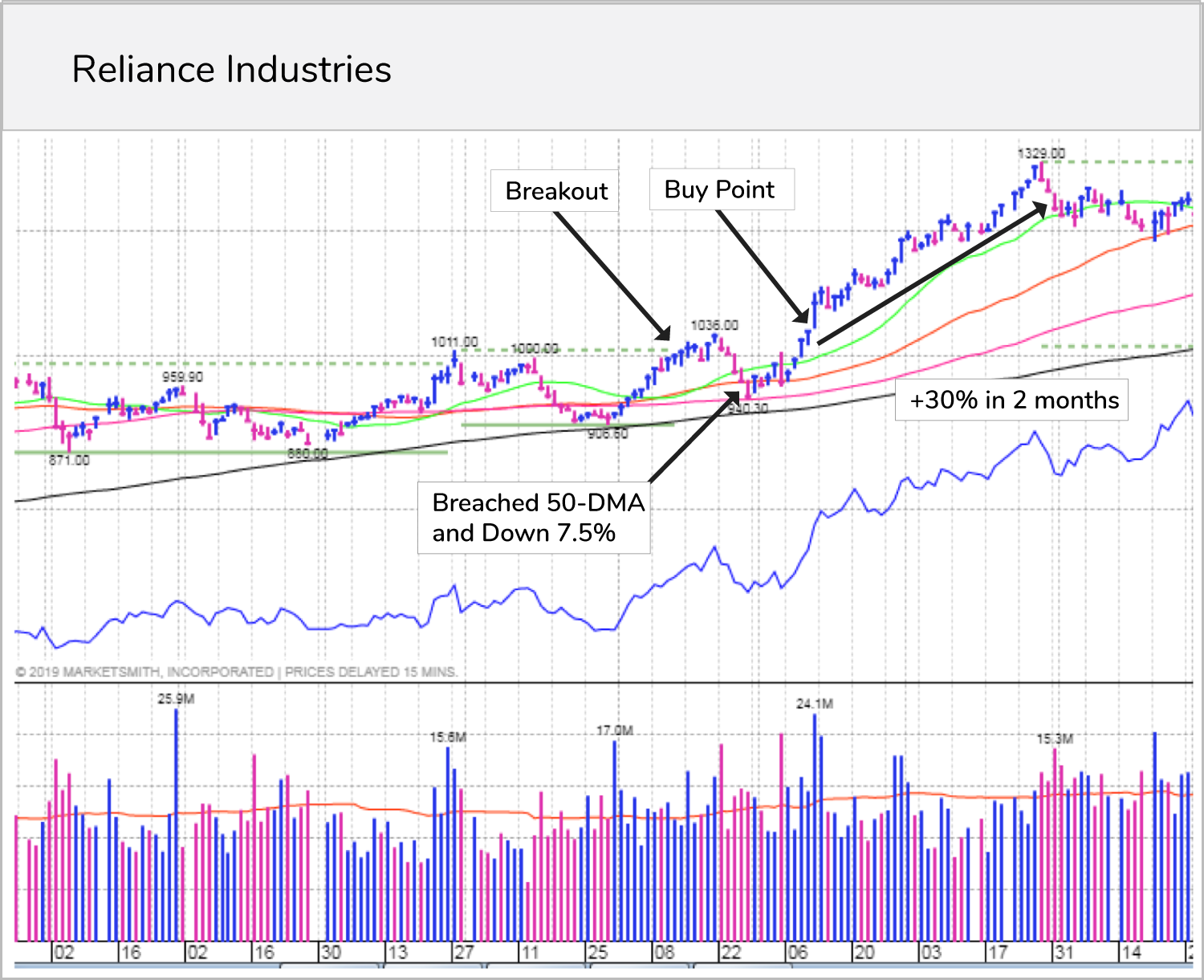 You can see in the chart of Reliance Industries that in June 2018, it had a breakout and was in an ideal buy zone. But a week later, it went down and breached its 50-DMA and was down 7.5%. It rebound from there (before hitting our stop-loss of 8%). If an investor sold it after it breached its 50-DMA in July 2018, the stock was again in its buy range after it had a rebound from its 100-DMA. Post that, Reliance went up 30% in just two months.