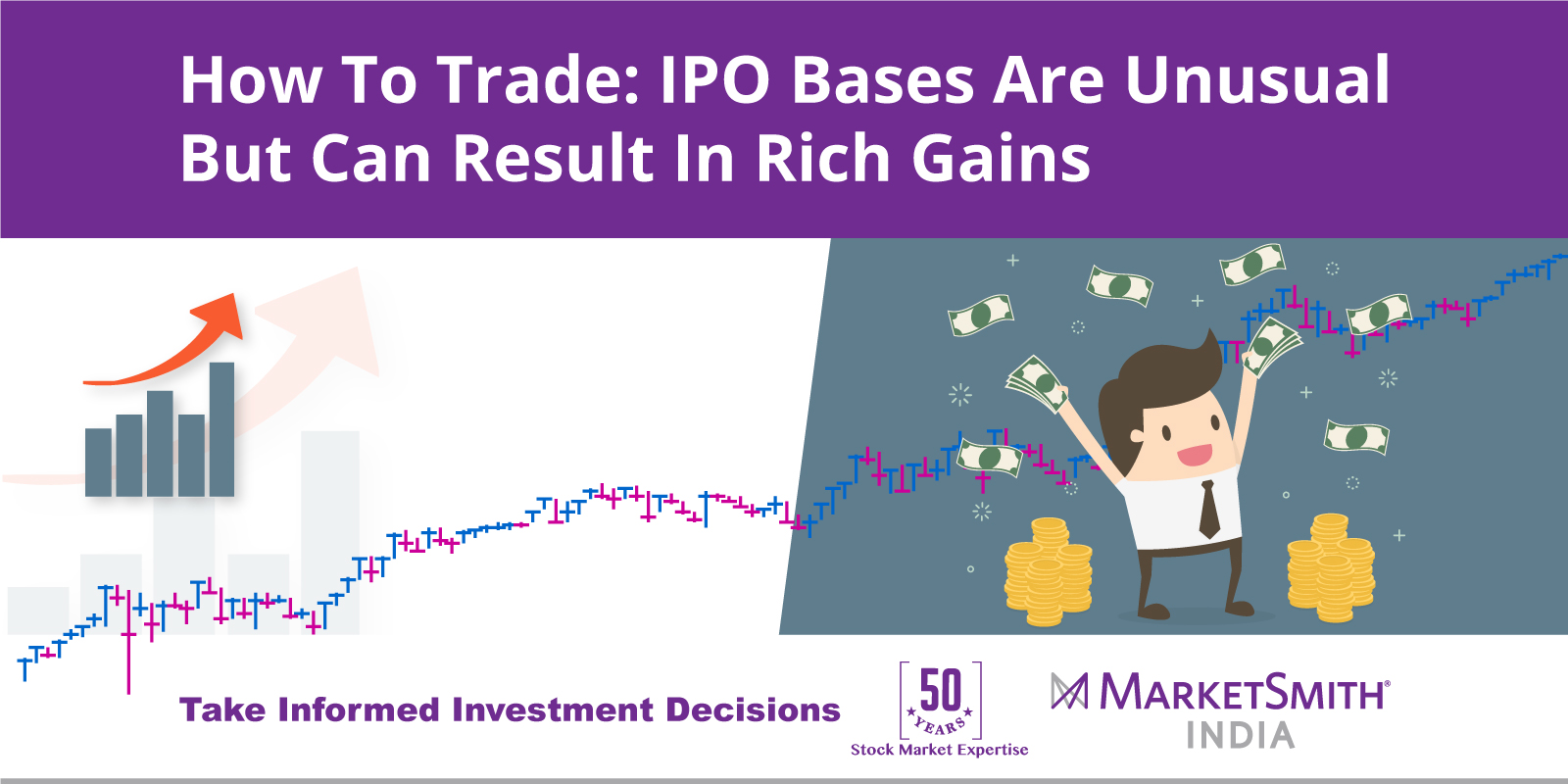 Companies making initial public offerings tend to draw a lot of investor attention. This often results in unusual and brand-new chart patterns. Volatility can rise as investors size up the demand for the new stock. Yet there are opportunities in these cases, if you can spot the correct characteristics amid the price-and-volume action.

The framework of a good IPO base is simple. The decline from peak to low usually doesn’t top 20%, but most volatile markets have produced declines of up to 50%. The length is often less than five weeks and can be as short as seven days. These two factors alone make IPO bases wayward cousins compared with proper bases, such as the cup-with handle and flat base, which need at least five to seven weeks of work.

In an IPO base, the pattern typically starts within 25 days of the stock’s first day of trading. Know the important similarities with regular bases. For example, the buy point is drawn by taking the prior high. The price gain on the breakout should be strong.

Also, the stock should generally form the base above its IPO price.

Avenue Supermarts, the retail company, went public March 23, 2017, at Rs 299 a share, and met with immediate success as the stock leaped to a close at Rs 647.80 as nearly 86M shares exchanged hands.

The temptation is to buy the stock right then and there, with all the euphoria working its way into more gains. But that’s a key point to understand about IPOs: It is best to pass on the first heated days of trading and wait for the base to emerge.

Avenue Supermarts started basing a few days after its debut (1). It declined a moderate 16% to its low and after consolidating for 31 days, made a new high in the June 20 breakout (2). Volume wasn’t impressive but it grew sharply above levels in the next one to two weeks (3).

Shares became volatile but held above the 50-day moving average. After the breakout, Avenue Supermart gained 57% in less than four months before peaking at Rs 1,288.65. 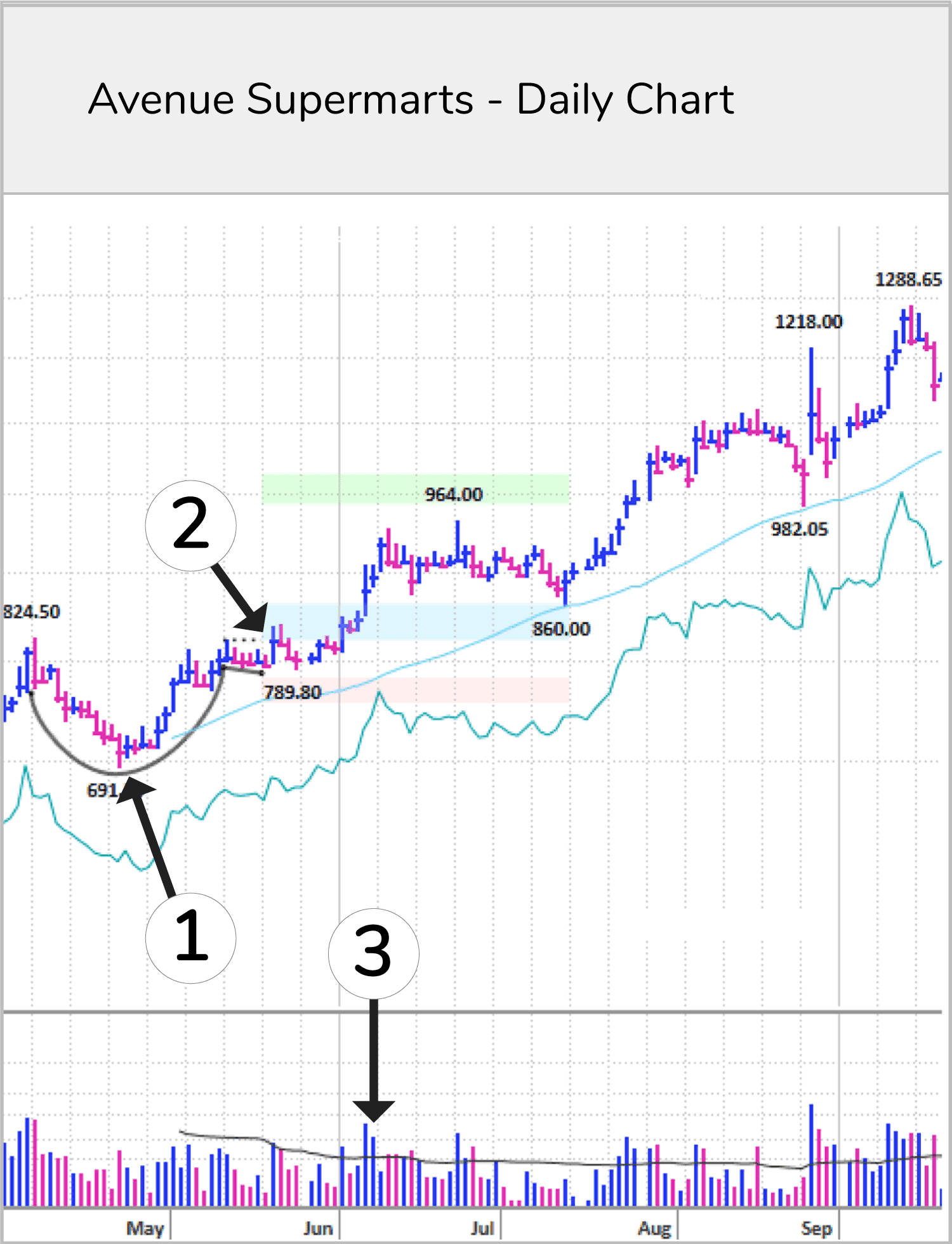