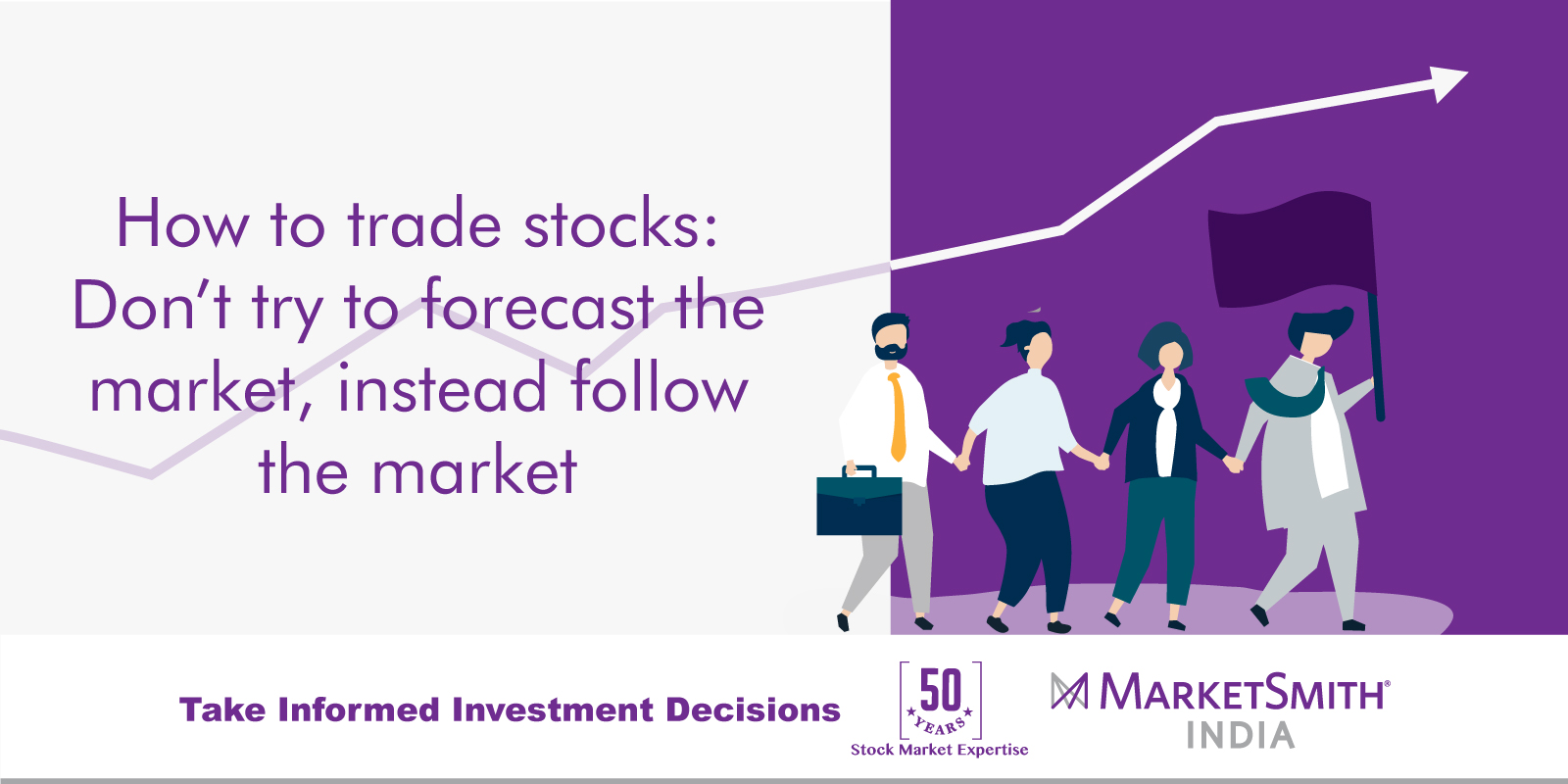 There’s a big difference in investing in the future you’ve imagined or guessed at and buying a stock that is right now demonstrating fundamental strength, institutional accumulation and breakout characteristics – or the exact opposite.

The same holds for the overall market too, when it corrects, you don’t hold and hope for gain. Instead, you need to step back, take profits, conserve cash and wait for the market to signal a new uptrend. (see Eicher Motors chart).

This year started with a correction on major indices, the Sensex declined 8.2% till April 5, the day on which market status was changed to Rally. The Nifty declined 3.8% during the same period. 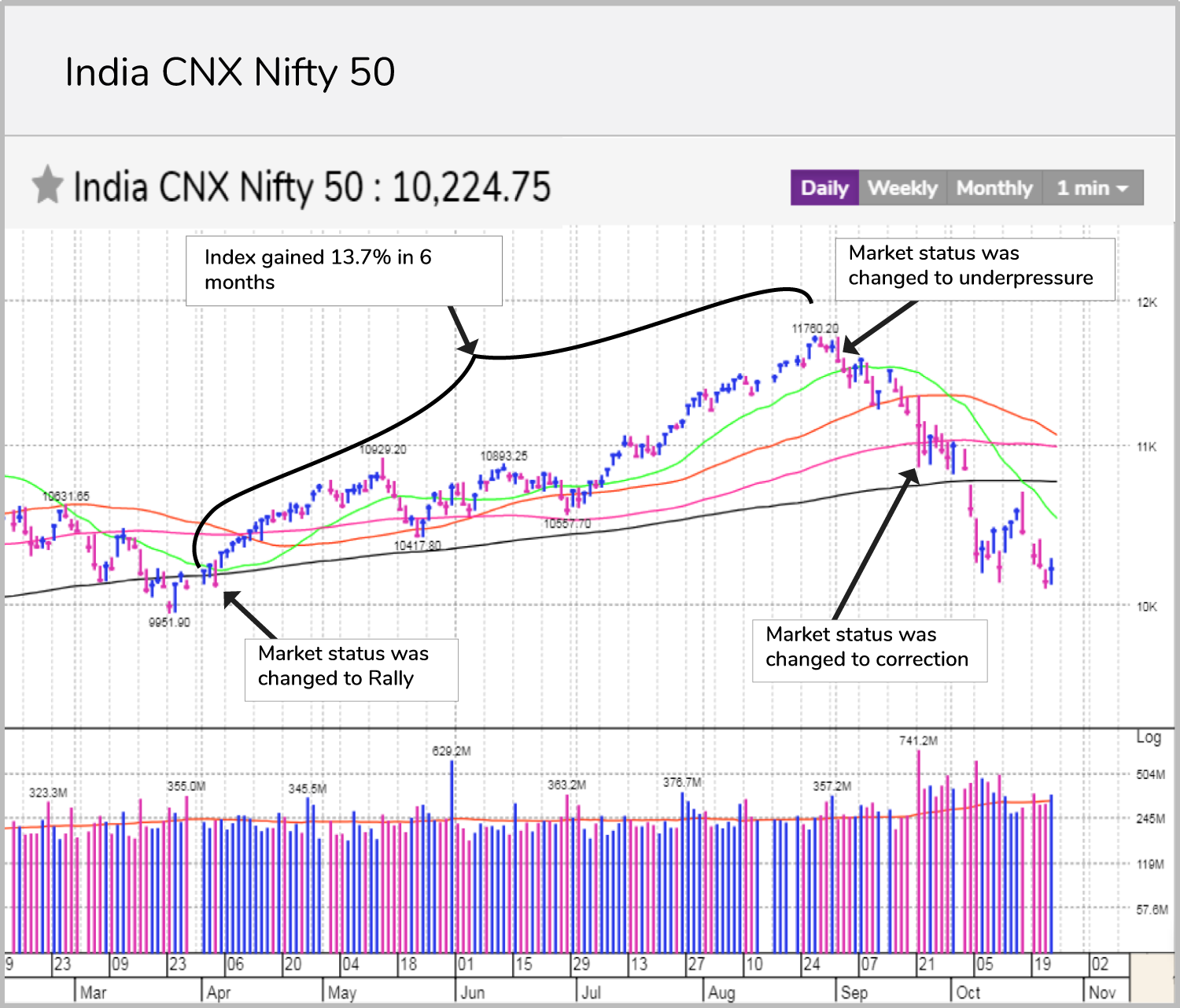 Eicher Motors, which has been a multibagger for investors for years, has corrected about 24% in the recent market correction. See below chart. 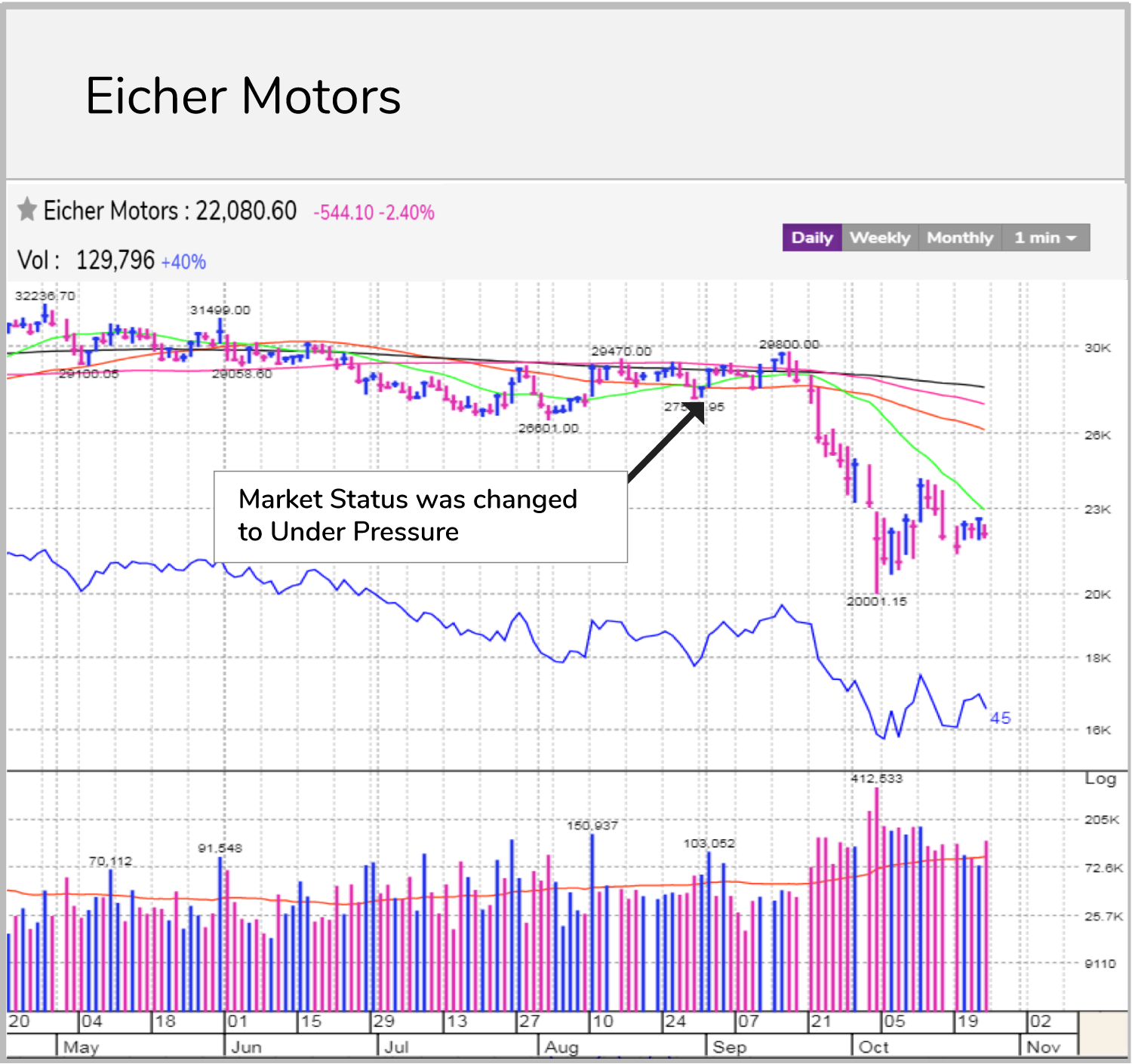 If the investors were holding Eicher Motors, even after a change in the market status, hoping for a recovery, they would have lost 24% of their wealth.

Investors always like stocks at market tops, and their desire for higher ground often affects the ability to recognize signals the market or individual stocks are sending.

Try to find the market direction:

At MarketSmith India, we track the index direction by a mechanism designed by our founder William O’Neil. According to it, market status can Rally, Rally Attempt, Correction, and Uptrend Under Pressure. MarketSmith India homepage displays the current status of the market, if there is any change in the market status, a note will be sent out.

Investor has to carefully study the major index behaviour. Being aware of distribution days (days when a major index declines at least 0.2% or more in higher volume than the previous session) is crucial. They indicate large-scale liquidation of shares by institutional investors. When an index gathers four or five distribution days in a four- to five-week span or less, it nearly always signals a pending correction.

You may feel in your heart of hearts that the market is headed higher. But to Preserve your profit and protect your capital by disciplining yourself to act according to what the indices tell you.