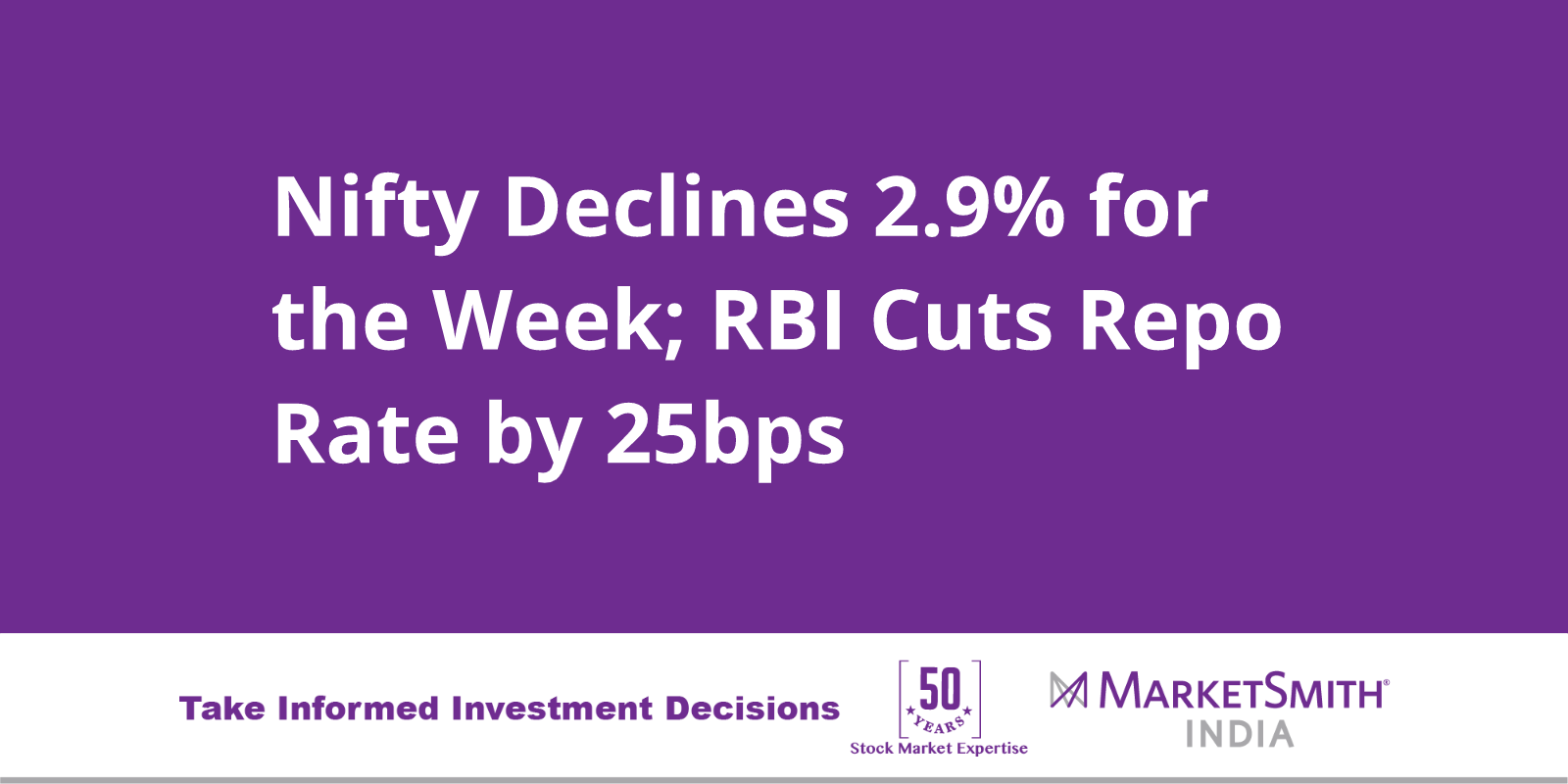 It was the worst week for the markets since May. During the week, Nifty witnessed choppy trading sessions and declined 2.9%. It breached its 100-DMA on Tuesday and 200-DMA on Friday. It added two distribution days during the week and another two were missed due to significantly higher volume on Tuesday.

Broader markets continued to underperform the market. Nifty Midcap and Smallcap were down 4.3% and 4.7%, respectively. The breadth is yet to improve. Global markets also sold off as the U.S. ISM manufacturing data came lower and over fears of trade protectionism.

Except Nifty Energy and IT, all the indices closed negative for the week. Major decliners were financial-related, metal, and realty stocks. Currently, barring Nifty FMCG and Auto, all the sectoral indices are trading below their 50-DMA, indicating broad-based weakness in the market. FIIs continued their selling spree for the current week as well.

Though the market is in a Confirmed Uptrend, our approach has turned cautious as the distribution is rising. Currently, Nifty is trading 0.6% above its 50-DMA. If that level is breached on higher volume, we might downgrade the market to an Uptrend Under Pressure. According to our methodology, if a stock has great prospects, we enter once it breaks from a base pattern into new highs. Likewise, if our stock pulls back into a pivot or recedes to a level or hits stop loss of 8%, we trim/exit position in that stock.

Info Edge (India): The company’s shares rose 7% after media report about fund raising plan by Zomato. It owns over 27% stake in Zomato, as of March.

Services PMI for September came at 48.7, declined from 52.4 in August. Anything less than 50 is contraction in PMI parlance. This is the first month of contraction in the last 19 months.

RBI cut the repo rate by 25bps in its bi-monthly MPC, which was announced today during market hours. This is the fifth consecutive rate cut, totaling 135bps in 2019. The stance remains accommodative. GDP growth forecast was reduced by 80bps to 6.1% for FY20.