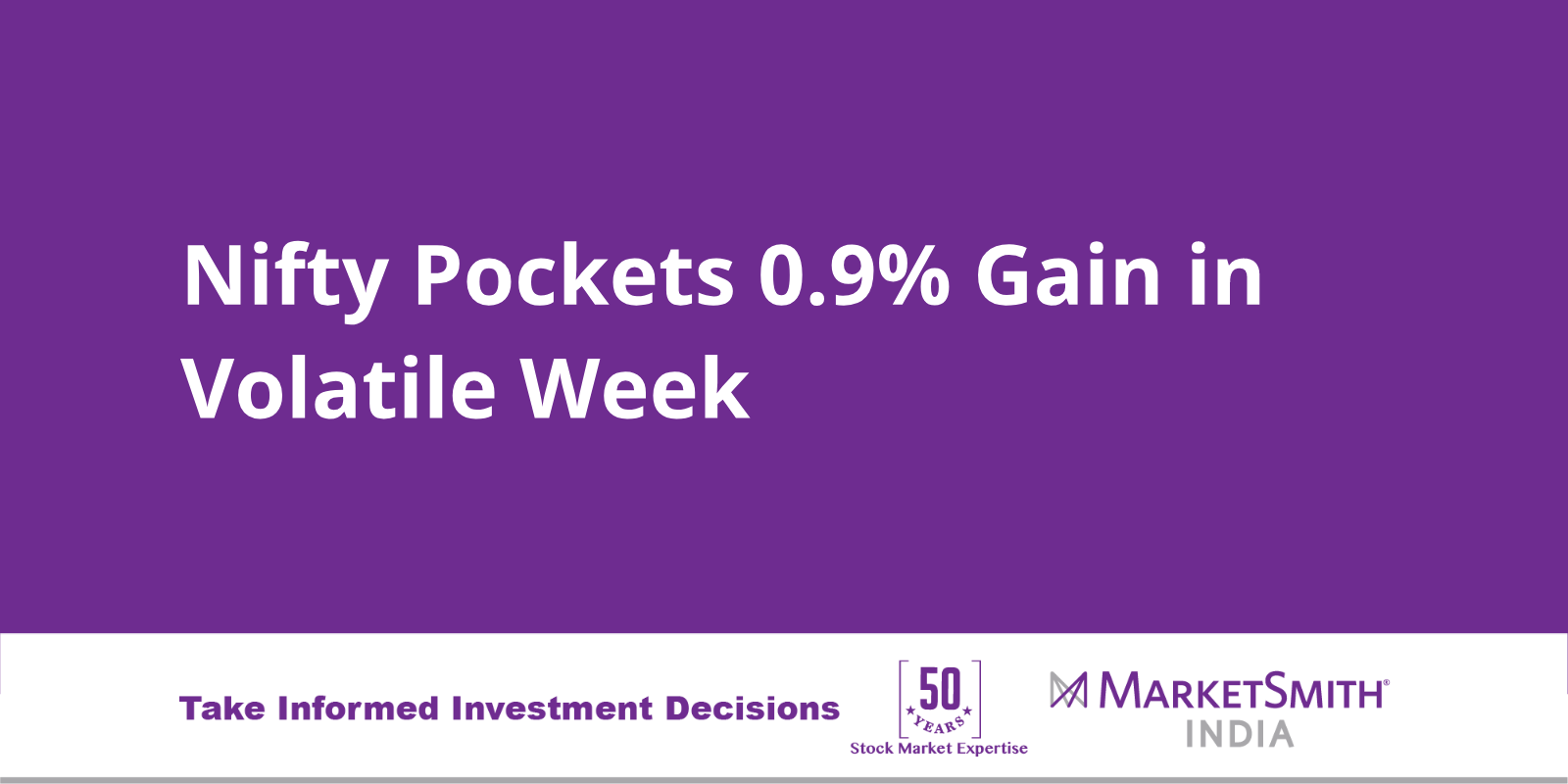 Two up and three down days

Volatility continued to loom over the Indian market, as the 50-share index, Nifty oscillated between 10,500 and 10,800.

Once again, there was a massive divergence between large cap stocks and lower cap names. While frontline indices accumulated decent gains of 0.9%, the Nifty Midcap and Smallcap tumbled 0.8% and 1.5%, respectively.

The week began on a promising note, as market sentiment remained buoyant for the third-straight session. This was mainly on account of a decline in crude oil prices and the Indian rupee rebounding from its 16-month low.

Tuesday’s session brought an end to the three-session winning streak, as the Nifty and the Sensex gave away 0.5% and 0.6%, respectively.

Market changed its character once again on Thursday, as volatility rose across the board due to expiry of May series of derivative contracts. Driven by an exuberant late surge, both key indices pocketed solid gains of 1.2% in the penultimate session of the week.

On the economic front, we had some good news that came in after market close on Thursday. India retained its tag of the world’s fastest-growing major economy. The country’s GDP grew 7.7% in Q4, beating street expectations comfortably. Moreover, the government met its revised fiscal deficit target of 3.5% in FY 2018.

However, the positive economic data did not have much of a bearing on market as benchmark composites struggled for direction in a highly volatile session on Friday. Eventually, the Nifty and the Sensex slipped 0.3% and 0.4%, respectively.

Manufacturing activity as measured by the Nikkei Manufacturing PMI slowed down to 51.2 in May, compared to 51.6 in April.

Persistent foreign institutional selling against the backdrop of rising bond yields, depreciating rupee and increasing crude oil prices, weighed on the Indian market throughout May. FIIs pulled out Rs 11,658 crore from Indian equities in May.

Political uncertainty is another area of concern for investors. With BJP losing Karnataka and recently concluded by-poll elections, market participants seem to be unsure of a majority win for the party in next year’s general elections.

MarketSmith India’s IND 47 index, our proprietary list of top 47 stocks in chart and fundamental characteristics, closed 0.5% lower for the week, mainly due to poor show by midcap and smallcap stocks.

Despite high volatility in the market, the Nifty managed to end the week without adding a fresh distribution day. However, Friday’s action qualified as distribution day on the Sensex, as volumes were higher than Wednesday’s session. As a result, the distribution day count is now at four and three on Nifty and Sensex, respectively.

We see strong support for the Nifty near the 10,400 level. On the upside, the index is facing stiff resistance around 10,800-10,900 levels. For now, the market outlook remains unchanged at an Uptrend Under Pressure.

In the coming week, the following events could serve as market movers:

– Be cautious with any new purchases

– Form a defensive game plan for your portfolio