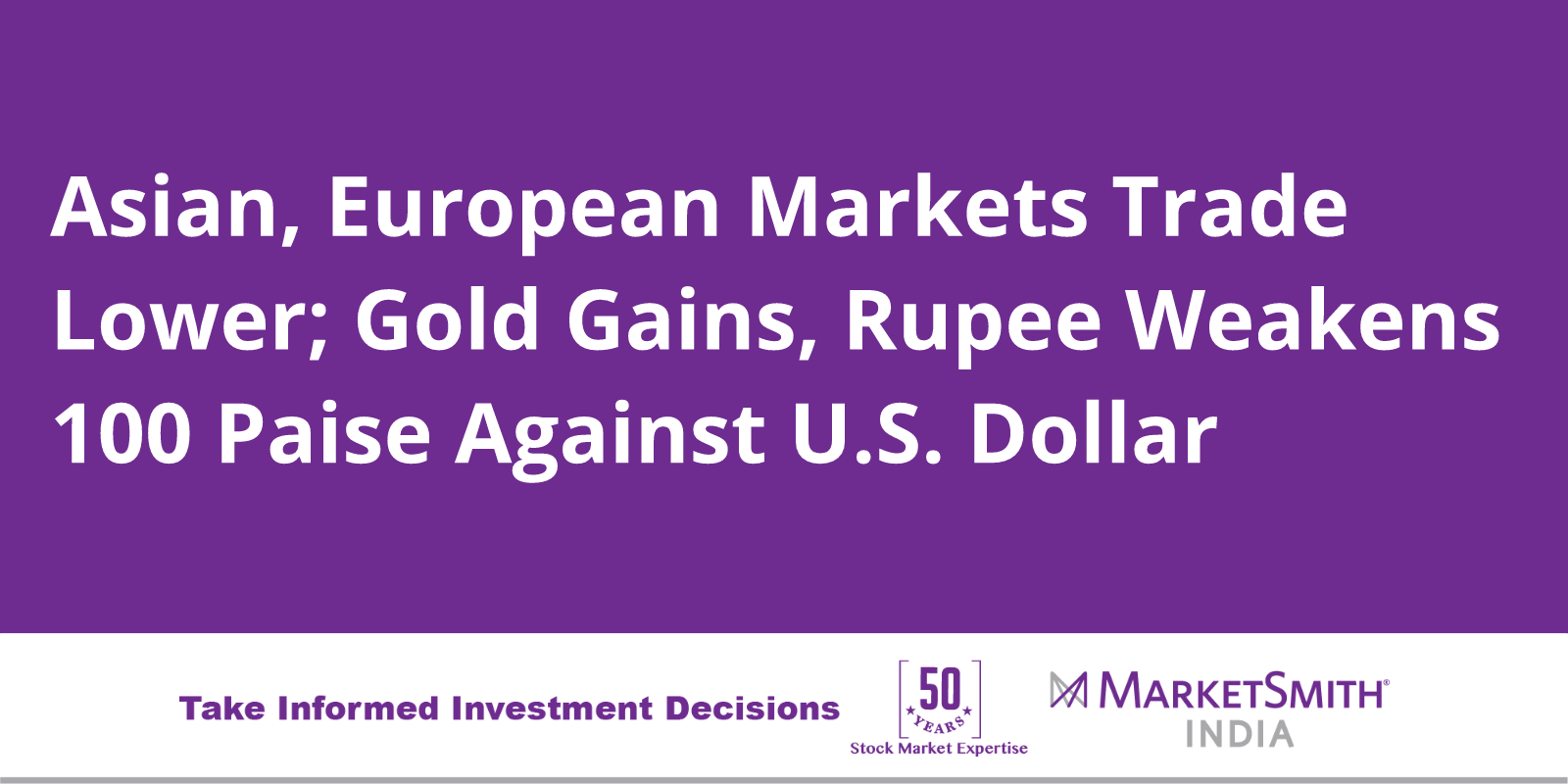 Nifty, after opening 100 points lower, extended its losses and hit a low of 10,782, breaching Friday’s low. However, it recovered later during the day and closed 1.2% lower. In the broader market, the Midcap (-1.4%) and Smallcap (-2%) continue to trade lower.

On the sectoral front, barring Nifty IT (+0.5%), all the sectors closed in the red. Nifty Media (-3.6%) and Bank (-2%) were the top losers. Nifty Bank continues to trade lower after it breached its 200-DMA last week. The advance-decline ratio continued to be leaned toward decliners. Out of 2,111 stocks traded on the NSE, 1,278 declined, 508 advanced, and the rest remained unchanged.

In the commodity market, gold and silver were up more than 2%. In the currency market, the rupee depreciated 100 paise against the U.S. dollar. Today, European markets opened weak, with FTSE, CAC, and DAX down 1.5–2.0%. Also, in Asia, Hang Seng and KOSPI were down 3.0% and 2.5%, respectively, as the trade war escalates.

Last week, the market status was downgraded to a Downtrend. On Friday, Nifty closed in the green and was counted as day 1 of an attempted rally. But, today, Nifty breached its Friday’s low, and so the count resets. Looking forward, we will shift the market to a Rally Attempt if Nifty establishes a bottom and stays above the low for three sessions. From there on, we would prefer to see a follow-through day before shifting the market back to a Confirmed Uptrend.

Lupin: The company received an Establishment Inspection Report from the U.S. FDA for its Aurangabad facility in Maharashtra after the facility was inspected in May. The facility is involved in the manufacturing of oral solid dosage, oral liquid, and powder for oral suspension products. The stock was down 1.4%.

Bharat Heavy Electricals Ltd: The company has commissioned one more pumping unit of Kaleshwaram lift irrigation project in Telangana. Four units of the same project were commissioned in Q1 FY20. The stock was up 0.1%.