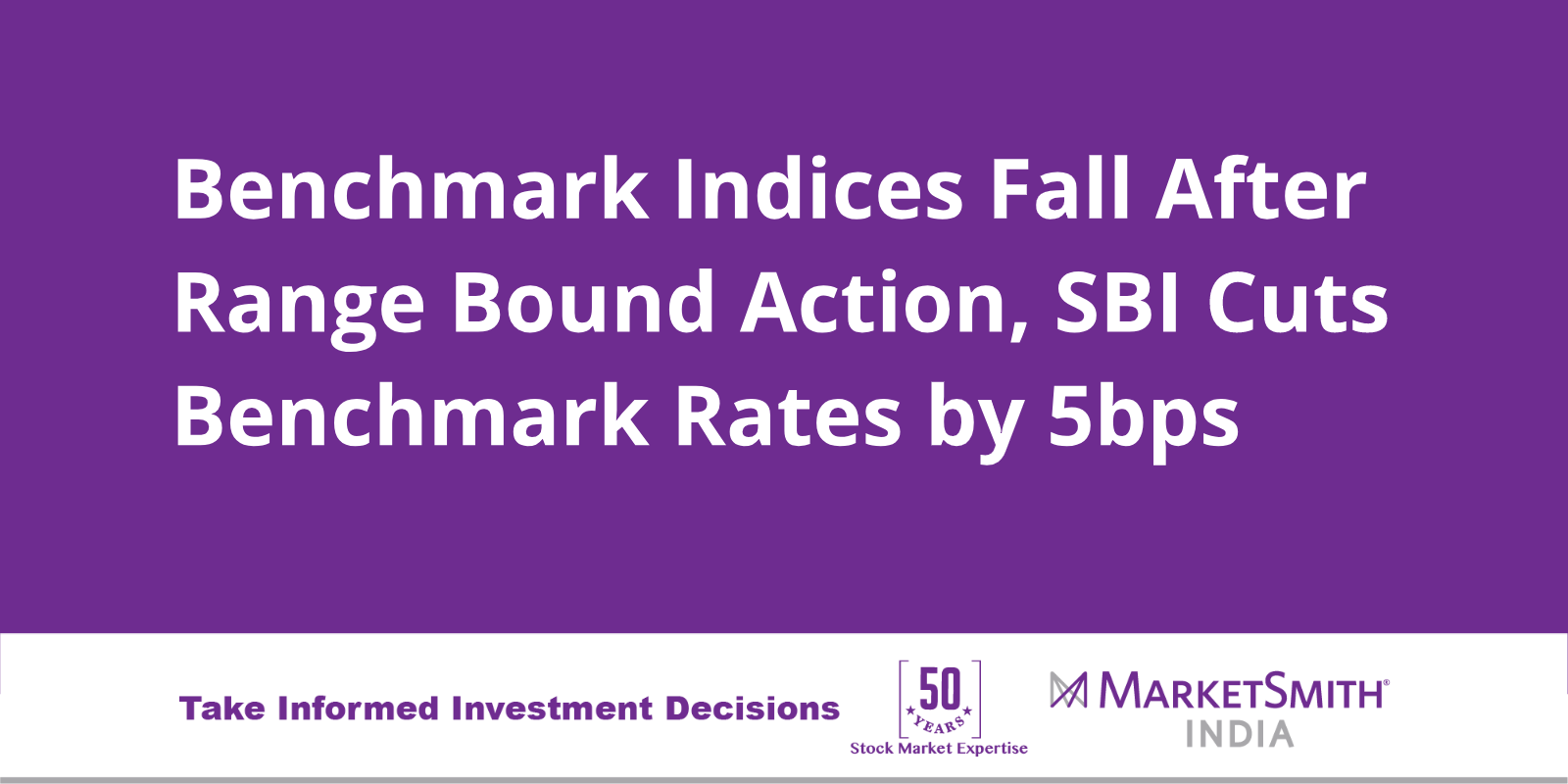 Benchmark indices fell sharply in the second half after trading in a range bound manner in the first half. The indices opened in the red but did not fall more than 0.3% in the first four hour, after which a sudden sell-off was observed.

The advance-decline ratio was in favor of losers. Of the 2,087 stocks traded on the NSE, 757 advanced, 974 declined, and 356 remained unchanged.

State Bank Of India: The bank announced today that it has cut its benchmark lending rate, i.e. MCLR by 5bps for all tenors. The auto, home and other loans linked to this rate will automatically become cheaper. The stock ended 1.2% lower today.

Bharti Airtel: In an official event on Wednesday, Ericsson announced that Airtel has selected Ericsson for expanding former’s Voice over LTE (VoLTE) services in India.