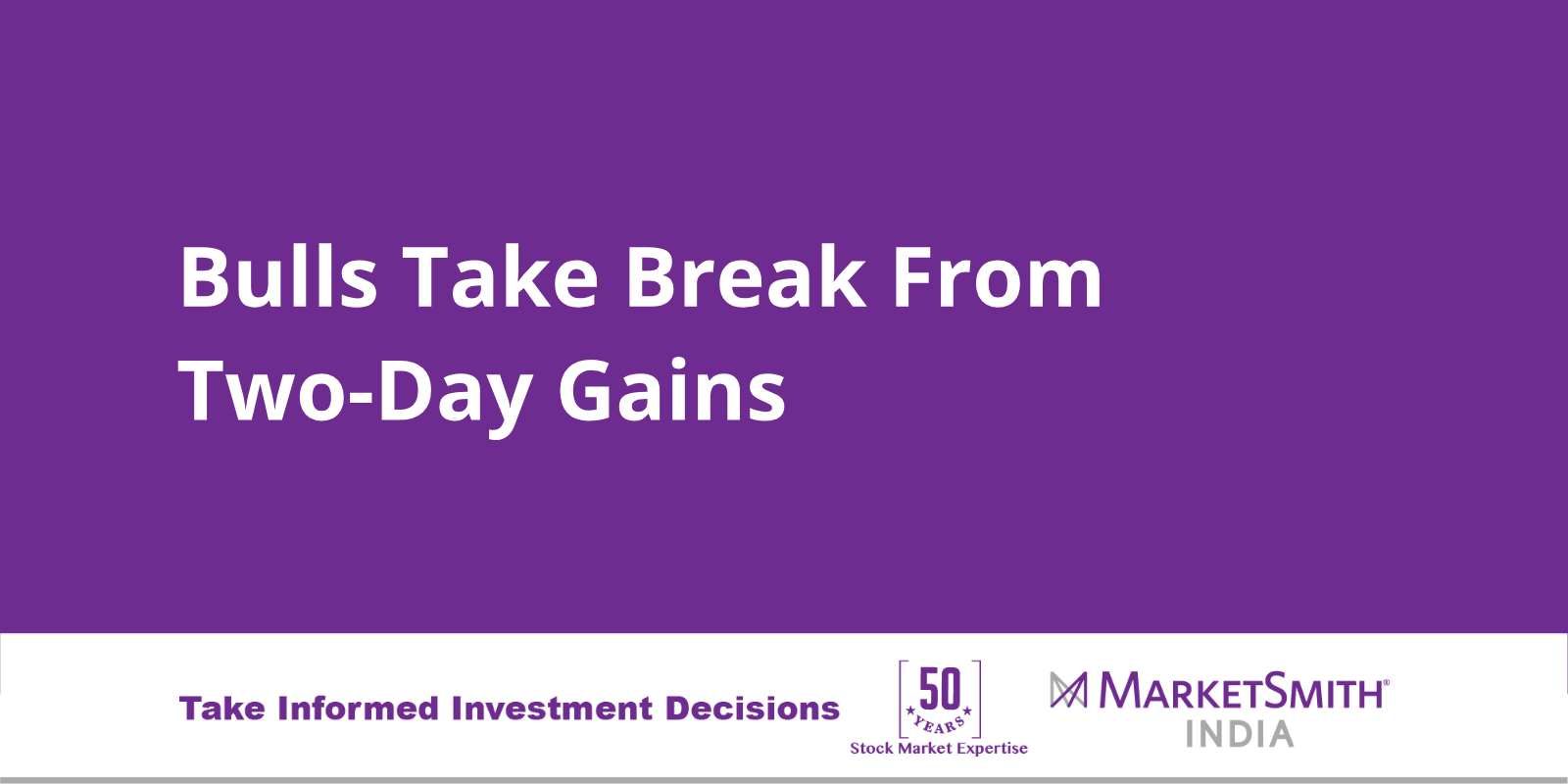 Major indices slipped right from the start, mirroring weakness in the U.S. stocks. The selling pressure mounted on Wall Street after 10-year treasury yield hit 3% for the first time in more than four years.

However, today’s fall in major indices came on lower volume compared to the previous session. As a result, both the Sensex and Nifty escaped distribution day.

Among the broader market, the Nifty Midcap and Smallcap followed suit and slipped 0.4% and 0.8%, respectively.

Shares of realty companies were trading higher, as strong accumulation was observed in Mumbai-based real estate companies. This was mainly due to Maharashtra government’s approval of Mumbai development plan that will unlock 3,355 hectares of land for development of residential and commercial properties in the city.

Market breadth was negative with losers outnumbering gainers. Of the 1,619 stocks traded on the NSE, 1,110 declined, 451 advanced, and 58 remained unchanged.

Our proprietary list of leading stocks, the MarketSmith India IND 47 index continued to shine as it advanced 0.6% in today’s session.

Although major indices halted their bullish momentum in today’s session, there has been no distribution day so far. Both the indices are comfortably trading above their key support levels of 50- and 200-DMAs. Hence, the market remains in a Confirmed Uptrend.