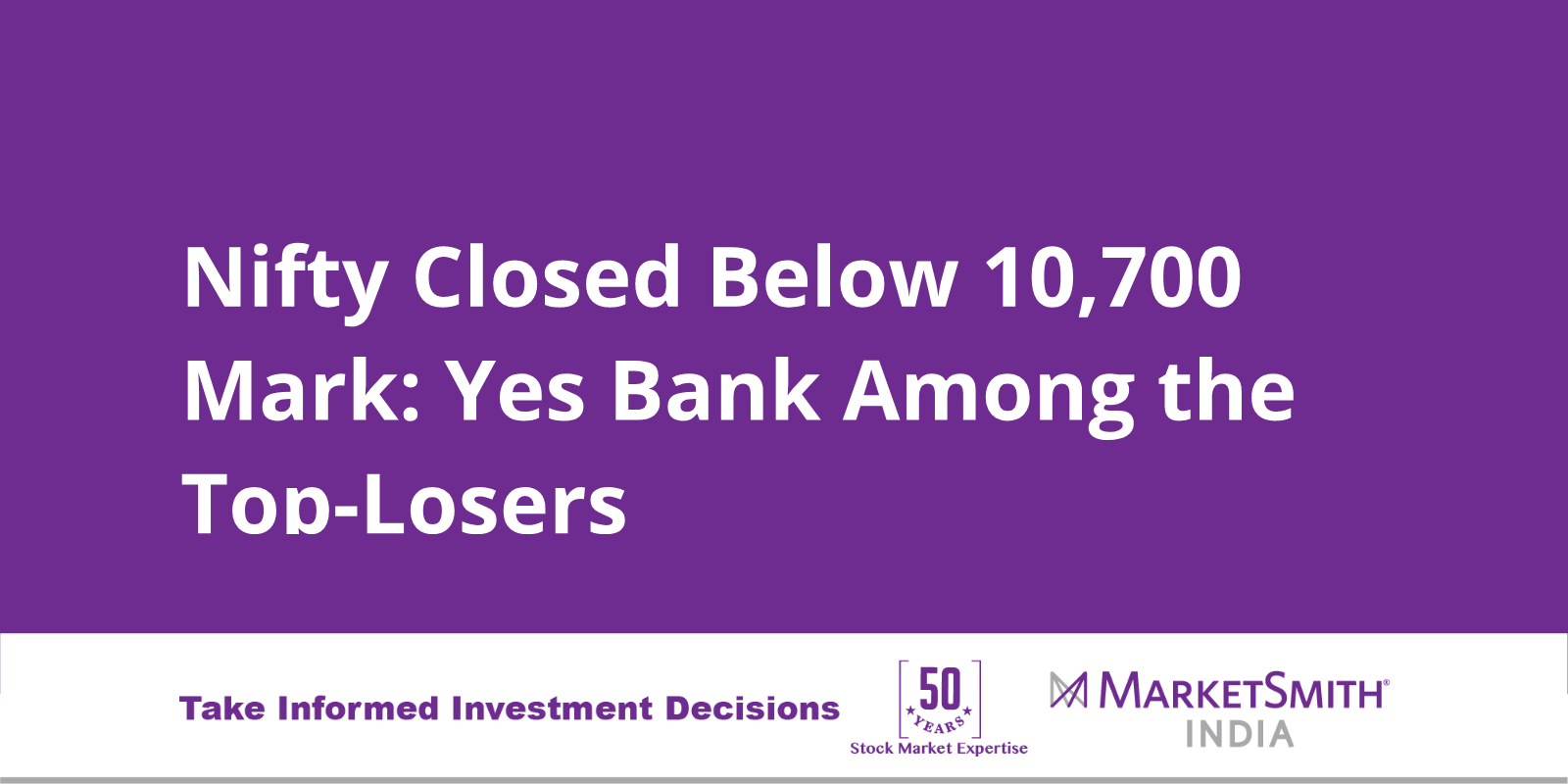 India’s benchmark indices failed to capitalize on the positive start it had on Monday and closed in the red, tracking weakness in global markets. While the Nifty closed below 10,700 level, the Sensex was down 300 points.

Selling was seen across the board with Nifty Metal (-2.8%), IT (-2.2%), and Pharma (-1.9%) witnessing most pain. Yes Bank (-6.2%) emerged as the top loser following the resignation of its independent director R Chandrashekar, followed by Hindalco Industries (-5.3%) and Indiabulls Housing Fin(-3.7%). Nifty Realty (+0.04%) came up as the lone gainer on sectoral indices.

The broader market was no different as Nifty Midcap and Smallcap fell 1% and 1.3%, respectively.

The market remains unchanged at a Confirmed Uptrend. Yesterday, the Nifty broke out from its 50- as well as 200-DMA on above-average volume. However, it failed to sustain and closed below its support level in today’s session. We would suggest investors to track fundamentally strong stocks trading above their 50- and 200-DMA and take positions on strong breakouts. Investors should begin with a smaller allocation and increase it gradually as market displays positive signals like additional follow-through days.

Maruti Suzuki India was down 1.1% today. The Company ramp up its production of Vitara Brezza to reduce waiting for the model. It has increased production by 10% to 94,000 units during April–October.

Icici Bank plans to raise Rs 25,000 crore for on-lending as the bank is working toward filling up the liquidity crunch created by NBFCs. The stock was down 1.2%.