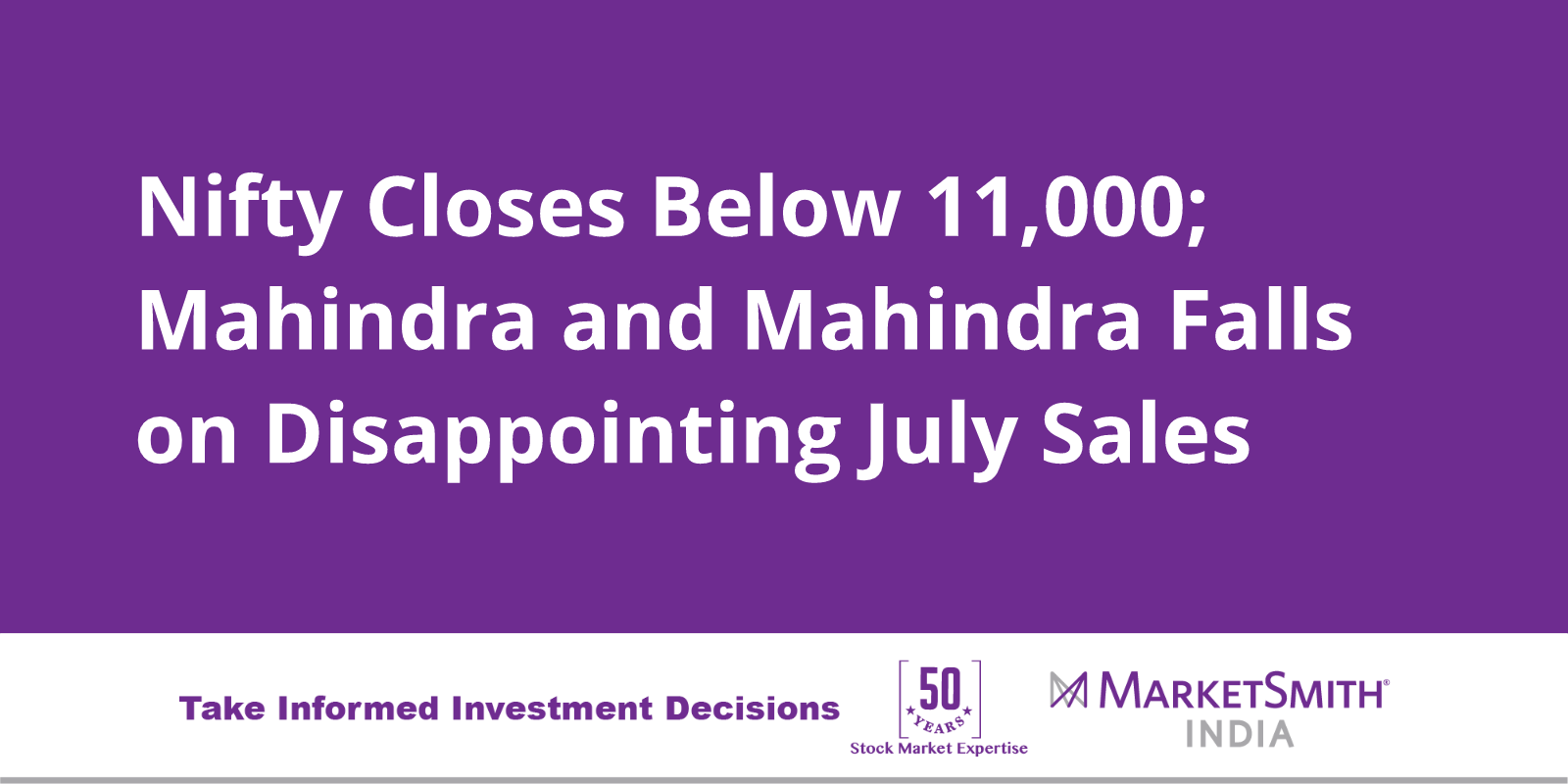 Nifty, after opening lower in the morning trade, extended its losses and hit a low of 10,881.00, the lowest since March. However, it recovered slightly toward the end and closed 0.9% off lows at 10,980.

Overnight, the U.S. Fed decided to cut the benchmark rates by 25bps, quoting concerns over weakening global economy and U.S. inflation. This was in line with expectations as the U.S. fund futures implied ~78% probability of a 25bps cut and a 22% probability of 50bps cut, before the meeting. The next key event to look out for is August 7, when RBI’s next monetary policy committee meeting decision will be announced.

On Tuesday, the market status was downgraded to a Downtrend. We recommend that investors trim positions, raising cash if possible, or keep a defensive approach by holding stocks that are resilient in falling market. Looking forward, we will shift the market to a Rally Attempt if Nifty establishes a bottom and stays above today’s low for two more sessions. From there on, we would prefer to see a follow-through day before shifting the market back to a Confirmed Uptrend.

Marico: The Company reported its Q1 numbers today. The revenue grew 7% y/y driven by domestic volume growth of 6%. Easing raw material cost helped it improve gross margin that expanded 524bps. EBITDA margin expanded 324bps to 21.3%. However, the stock was down 1.2%.

Mahindra & Mahindra: The stock fell 0.3% as the Company reported its July sales numbers. The monthly sales dropped 15% to 40,142. The domestic sales fell 16% while exports grew 3%.