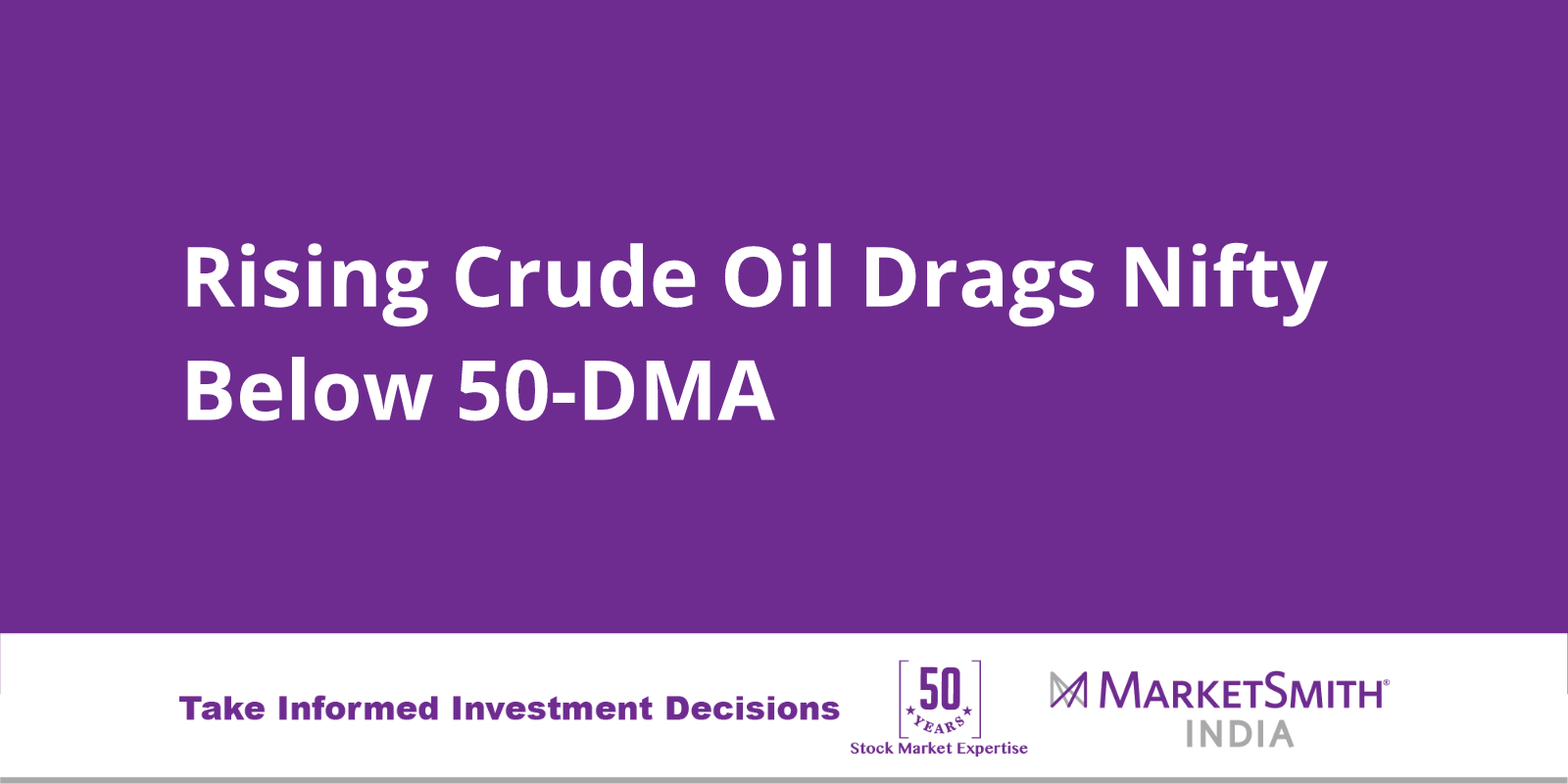 Despite weak global cues, the Indian market opened on a flat note and nudged higher in the morning trade. However, frontline indices erased their gains amid rising crude oil prices.

Brent crude oil prices rose 0.5% to $76.67 per barrel after its yesterday’s gain of 2%. The steep increase in prices followed the U.S. State Department’s recent announcement to cut oil imports from Iran. The Indian rupee declined by 30 paise to hit a 19-month low of Rs 68.54.

In the end, India’s major indices fell to their lowest level in three weeks. The Nifty dropped 0.9% and breached its crucial support of 50-DMA. The 30-pack Sensex was down 0.8% and closed marginally above its 50-DMA.

Volumes were higher on the Nifty compared to yesterday’s session, resulting in a distribution day. However, the Sensex escaped the brunt of distribution as volume was marginally lower.

Selling pressure was intense in the broader market, as the Nifty Midcap and Smallcap tumbled 1.5% and 2.3%, respectively.

Losers led winners by a huge margin of 11:2 on NSE.

Barring few, most sector indices were in a negative territory. PSU Banks and Media stocks were the most affected, losing 2.4% and 2.1%, respectively.

While both the key indices are only 3.5-4.5% away from their all-time highs, the Nifty Midcap and Smallcap have corrected 17% and 26% from their 52-week highs. The Nifty Smallcap breached its June 6 low of 7,224 and closed 1% below it. The index is now in a Downtrend. The Nifty Midcap continues to be in a Rally Attempt, as the index managed to trade above its June 5 low of 18,033.55.

For the Nifty, the previous high of 10,929.20 serves as a crucial resistance zone. With the index falling below its 50-day line, the next level of strong support is around 10,550.

– Be cautious with new purchases.