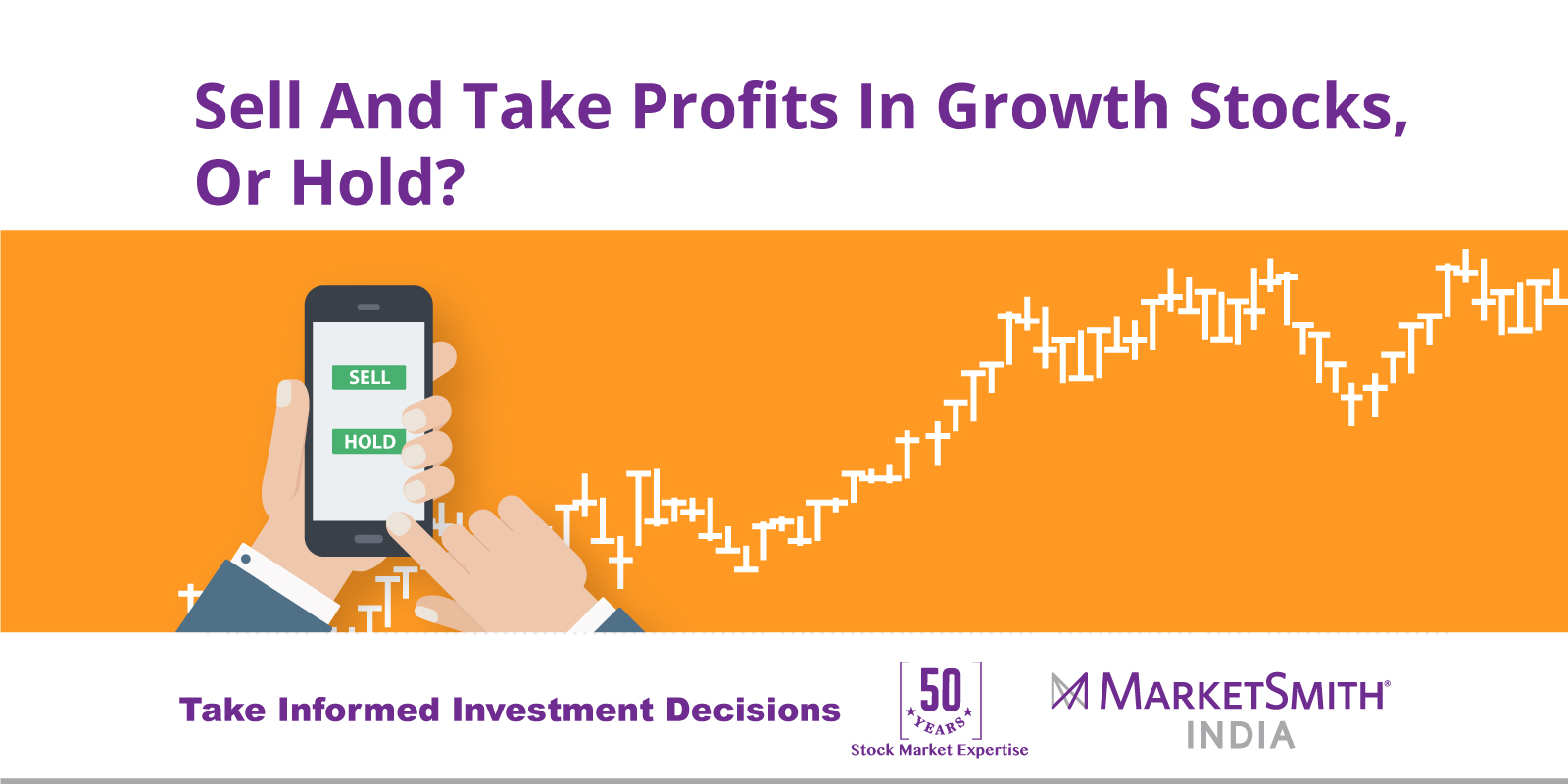 A stock that rises 20% to 25% from its buy point presents a choice. Do you hold or take the profit? Several factors can legitimately influence that decision.

One: If the stock’s 20% gain comes in the first two or three weeks after the breakout, then the stock should be held for at least eight weeks — barring outright sell signals. The great stocks often get a fast start. You don’t want to sell such a stock too early.

Two: If the stock took longer to reach the 20% mark but has three quarters of EPS acceleration in a row, you might want to hold the stock.

Even Great Stocks Take A Break

Three: If the 20% gain came slowly and from a second-stage base or later, you should sell. Most stocks correct after a 20% to 25% gain. A third-stage base is prone to fail. So, why hold for that?

Four: If the gain came in an erratic fashion, sell. It doesn’t matter if the stock or the general market is to blame. Such a stock is likely to move against you quickly.

Five: If you have taken a 7% or 8% loss recently, then the bias tilts toward taking the profit in the 20% to 25% gainer. It is prudent to keep a 3-1 ratio between gains and losses. You can be right just once every four tries and still break even or make a small gain.

Six: If you have taken several 7% to 8% losses and have no stock up 20% to 25%, consider taking smaller profits to erase the losses. You should then step back and study your buys and sells to determine the reason you are losing.

When To Really Get Defensive

If several stocks you sold put a 10% dent in your portfolio, that’s OK if winners have boosted your portfolio 30%. You must, however, take the profits at some point. Paper gains are imaginary until a sell makes them come true.

Avenue Supermarts cleared a Rs 1,288.65 buy point in the consolidation base on February 23. Volume was heavy.

After clearing the base, the stock took about 14 weeks to reach the 20% profit level. Daily trading ranges were wide — not ideal.

Given the loose action, taking the profit would have made sense.

After hitting the 25% profit level on May 31, the stock observed profit booking amid weakness in the overall market. While the stock rebounded from its 50-DMA on June 6, trading volume was below-average, indicating low buying interest from institutional investors. The stock then went on to hit a record high of Rs 1,623 on June 13, but witnessed a downside reversal and closed near the day’s low. Subsequently, it saw five back-to-back down sessions, breaching its 50-day line and correcting 10% from its all-time high. 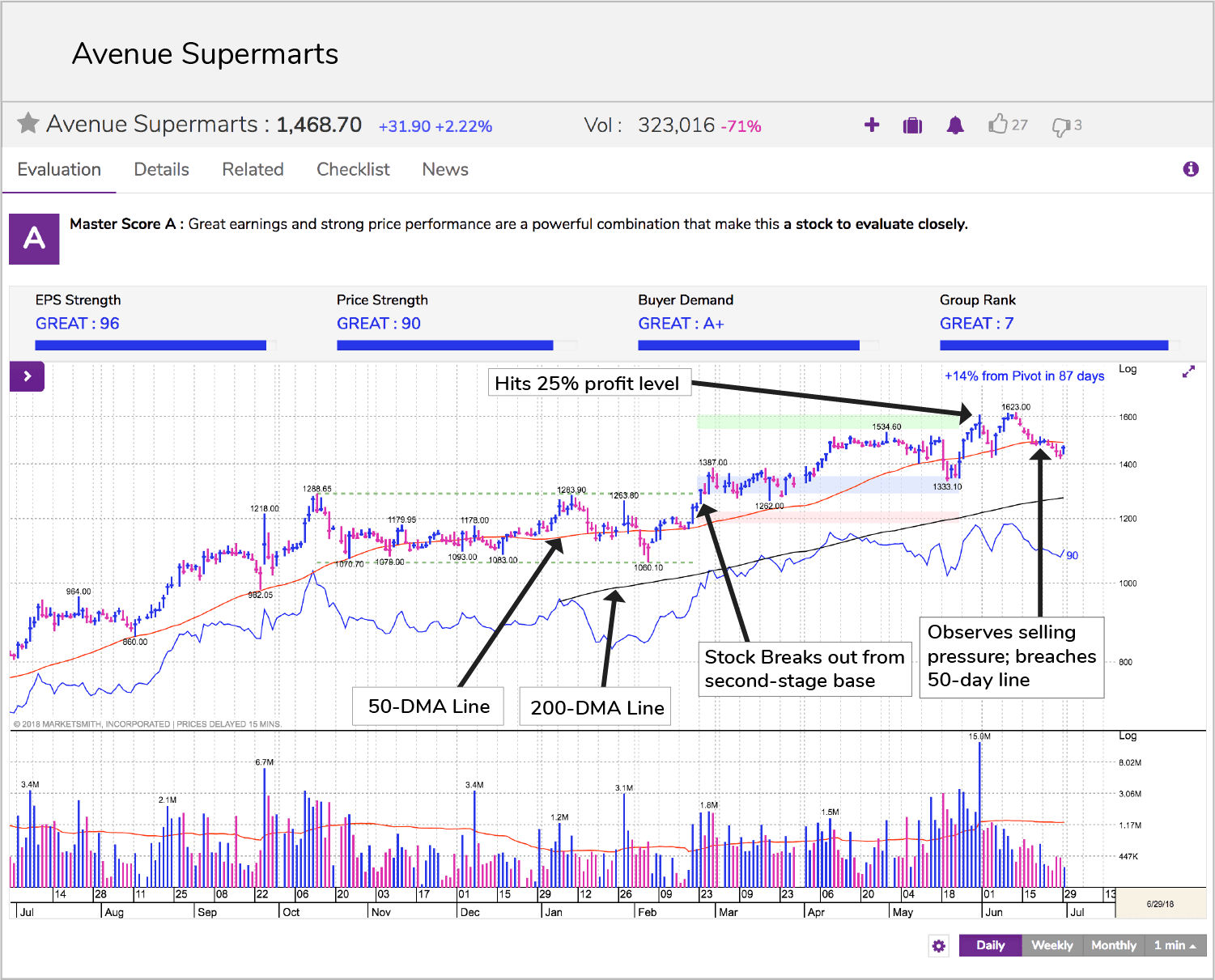