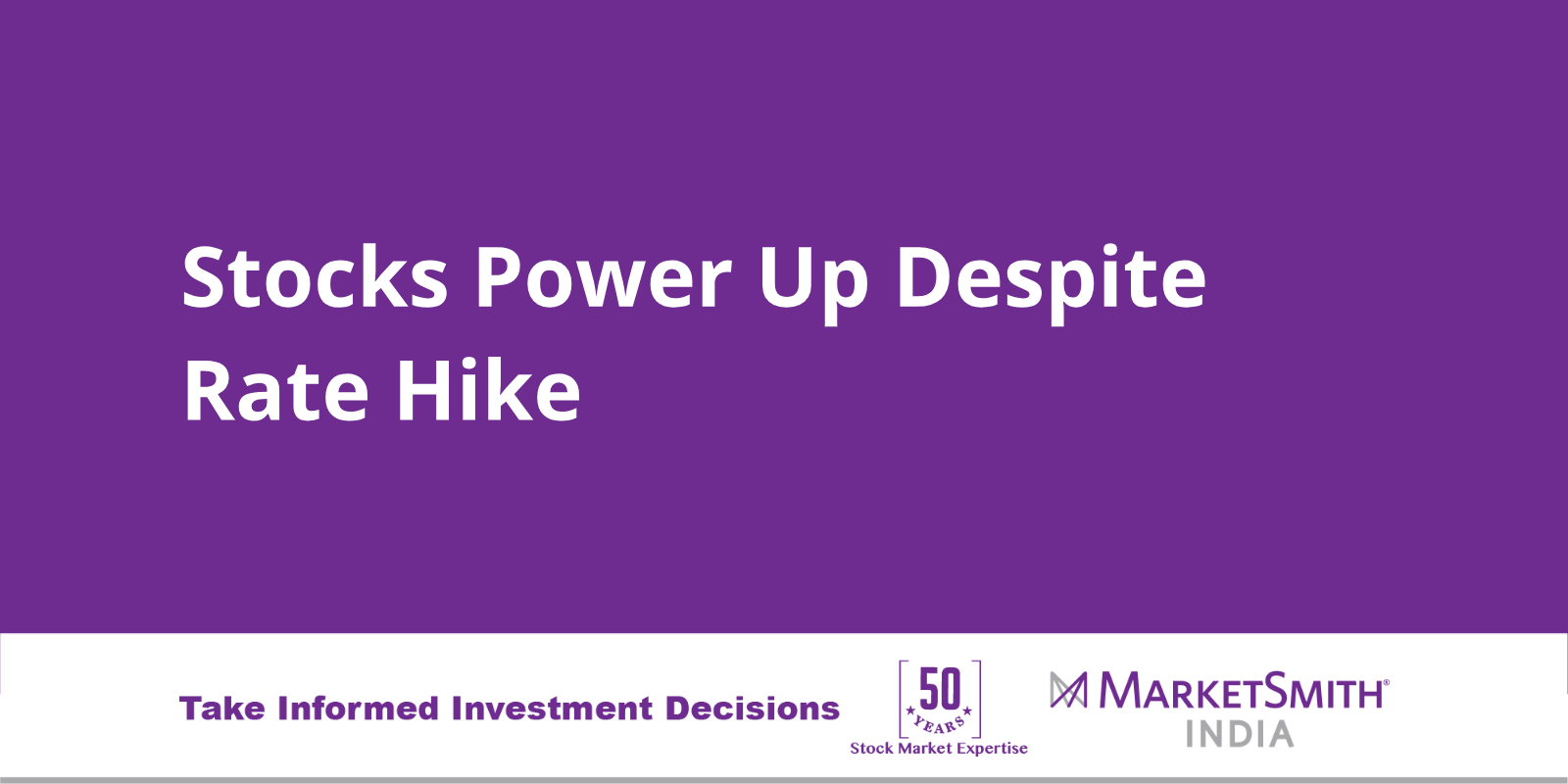 Two down and three up days

Bulls were in charge again on D-street, as both major indices accumulated gains for the second consecutive week.

The weekly action of the Indian market resembled a tug of war contest between two teams where bulls overpowered bears on the back of a strong rally on Friday.

With the continuation of the previous bull-run, the Indian market started the week on a strong note and continued to trade higher until the second day of the week.

As the highly anticipated event of Dalal Street in weeks curtained up Wednesday, the Reserve Bank of India did what practically everyone had expected. To tame inflation and stabilize the declining rupee, the committee voted 5-1 in favor of a 25-bps rate hike. This was the second consecutive rate rise by the RBI.

On Thursday, the global trade war came back to haunt market bulls as frontline indices slipped 0.9-1.0%. The Indian market opened on a negative note as the U.S. FOMC kept the interest rates steady encouraged by the improved economic activity and lower unemployment. The committee hinted for a rate hike in September.

But the break didn’t last long, as favorable global cues pushed Indian stocks higher on Friday. The Met department’s forecast of a recovery in the monsoon in August and September also boosted the market sentiment.

Earlier in the day, the Nikkei India Services PMI rose to 54.2 in July from June’s 52.6. The pickup was mainly due to strong demand.

As a result, the Nifty ended at a record high to log a weekly gain of 0.7%. The Sensex was not far behind as it jumped 0.6% during the week.

The broader market continued to have a dream run, as the Nifty Midcap and Smallcap posted weekly gains of 1.8% and 2.4%, respectively.

On the sector front, most sectors ended positively barring Nifty Financial (-0.5%) and Auto (-0.9%). Among the positive ones, Nifty Pharma hogged the limelight as the index advanced 5.1%.

During the week, Sensex added one distribution day on Wednesday, thereby pushing the distribution count to two on the Sensex and one on the Nifty. With frontline composites trading near their new highs, the market direction remains at a Confirmed Uptrend.

The following events lined up for the coming week could turn out to be market movers: