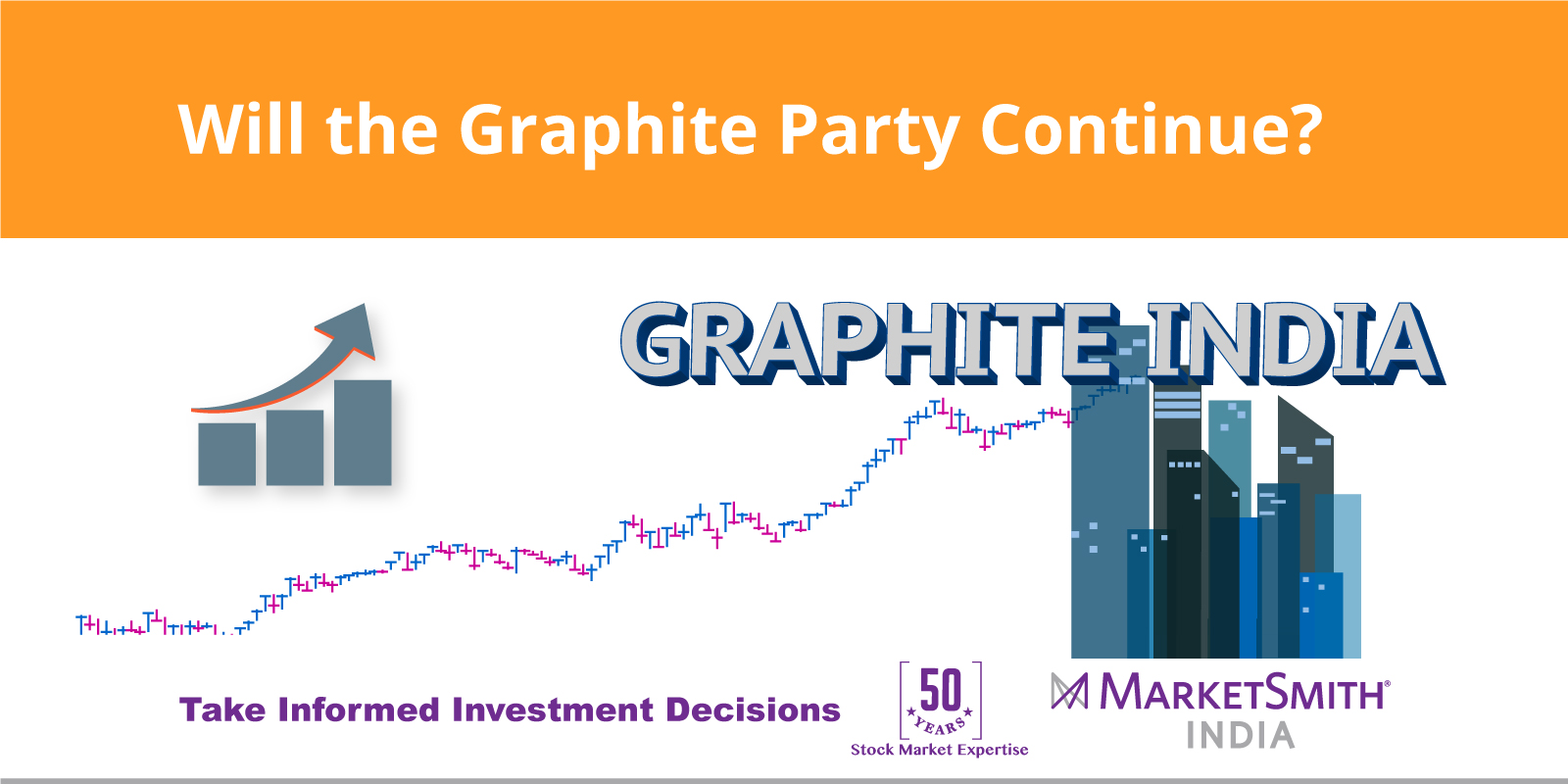 Graphite electrode makers had a wonderful run in 2017 and continue to hog the limelight in 2018. Two of India’s leading graphite companies, Heg and Graphite India, yielded astounding returns of 1457% and 872%, respectively, in 2017. The stocks are far from taking a breather and have already rallied 75% and 38% so far in 2018. They continue to surprise the investing community by hitting new highs every now and then. Owing to popular demand, we decided to go a bit deeper to understand whether the party in graphite is nearing an end or is it far from getting over soon. With this article, we attempt to answer a few common questions that would be popping up in your minds. 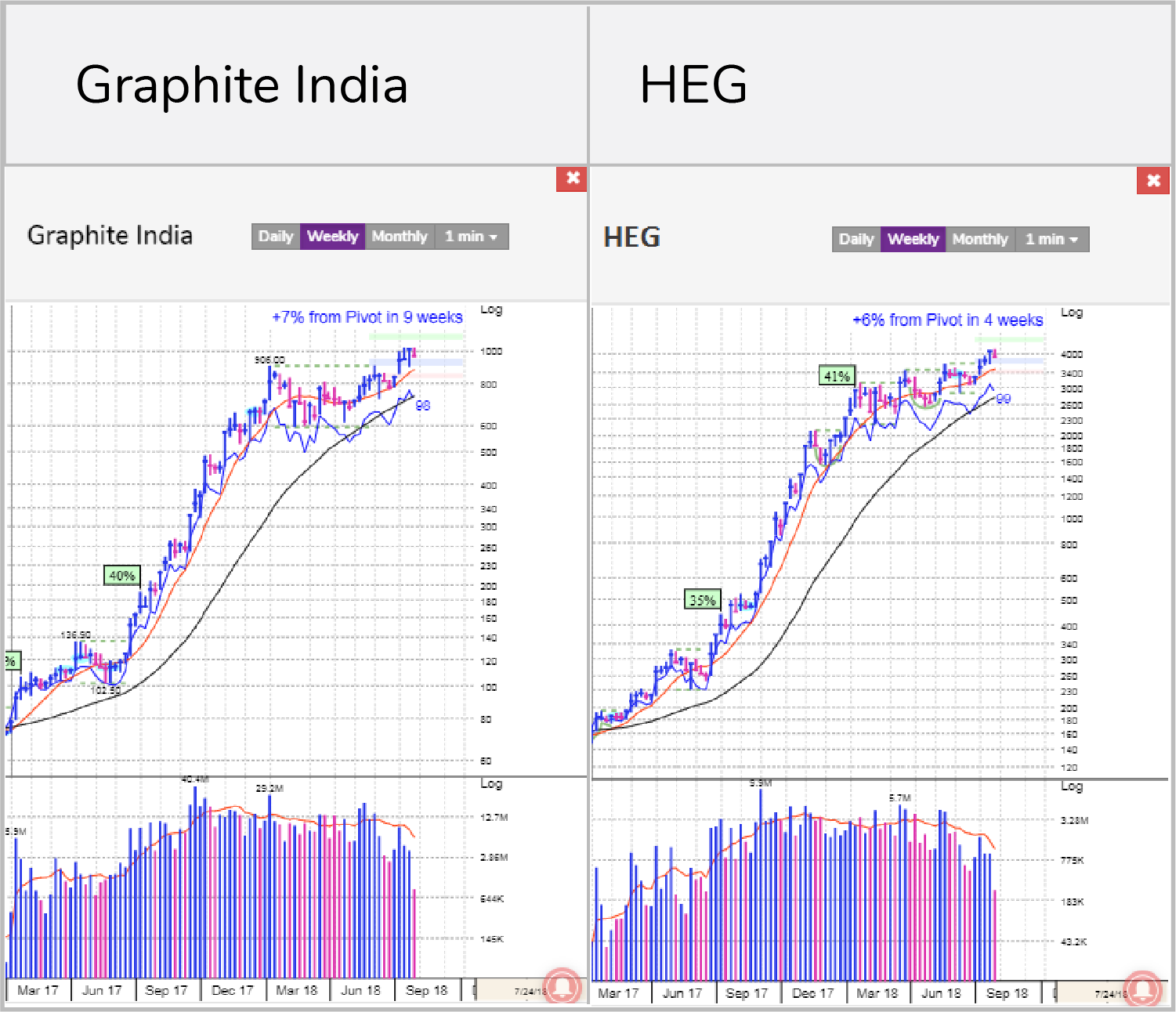 Why did Graphite stocks rally so much in 2017?

After languishing sideways for almost a decade, graphite electrode makers got back in the reckoning in early 2017. A demand-supply imbalance created by a crackdown on polluting industrial plants in China led to an unprecedented surge in prices of graphite electrode, which is largely used as a raw material in the production of steel via electric arc furnaces (EAF). Steel made through the EAF route is more environment-friendly in nature.

The Chinese government’s decision to shut down old polluting steel capacities, mainly blast furnaces, resulted in a 31% drop in steel exports from the country in 2017. This forced other countries to increase their production capacities, which was mainly done via the EAF route. This resulted in a huge demand for graphite electrodes as approximately 2–2.5 kg of graphite electrode is used in the production of 1 ton of steel.

Rising steel production through EAF route, supply constraints in the industry, and high raw material costs came together to script a massive rally in graphite electrode prices in 2017.

How is 2018 and the future shaping up for graphite stocks?

After going through a cooling off period in the first six months of 2018, graphite stocks got back to hitting new highs since the beginning of July.

Despite a surge in 2017, graphite electrode prices remain elevated even today. The prices are expected to remain buoyant going forward mainly on account of new EAF capacities coming up in China. EAF steel’s share is expected to increase to 20% by 2020, compared with 6% in 2016 and 9% in 2017. This could increase the EAF steel output to 110 mmt by 2020, compared with 52 mmt in 2016, thereby creating an additional demand of 220,000–275,000 tons of graphite electrodes. Amid higher domestic requirement, China’s export of graphite electrodes is expected to decline to 80,000 tons by 2020 compared with 208,000 tons in 2017. This augurs well for Indian manufacturers who are well positioned to meet the incremental demand due to lower exports from China. HEG plans to increase its capacity by 20,000 tons to 100,000 tons in the coming two years.

Moreover, China’s decision to keep a lid on steel capacity in the country by way of the 1.25:1 steel replacement policy will force other countries to increase their steel production. Why?

As per the policy, for every 1 mmt of new steel capacity in China, 1.25 mmt of old polluting capacity needs to be closed in the country. This should drive higher steel production in other countries and in turn boost demand for graphite electrodes as additional steel production is likely to come through EAF route.

Also, needle coke prices are likely to stay high due to tight supply and growing demand from lithium-ion battery makers.

Finally, high entry barriers owing to capital-intensive nature and a long gestation period of the graphite industry augur well for existing players. Greenfield plants take at least a period of 2-4 years before they get up and running. Not surprisingly, no new graphite plants have come up in the past four decades with HEG being the last entrant in the industry.

We believe the above factors are likely to support the momentum in graphite electrode prices in the near future. Also, graphite electrode players will be in a better position to demand higher prices for their products as and when old contracts come up for revision during the year.

One Reply to “Will the Graphite Party Continue?”