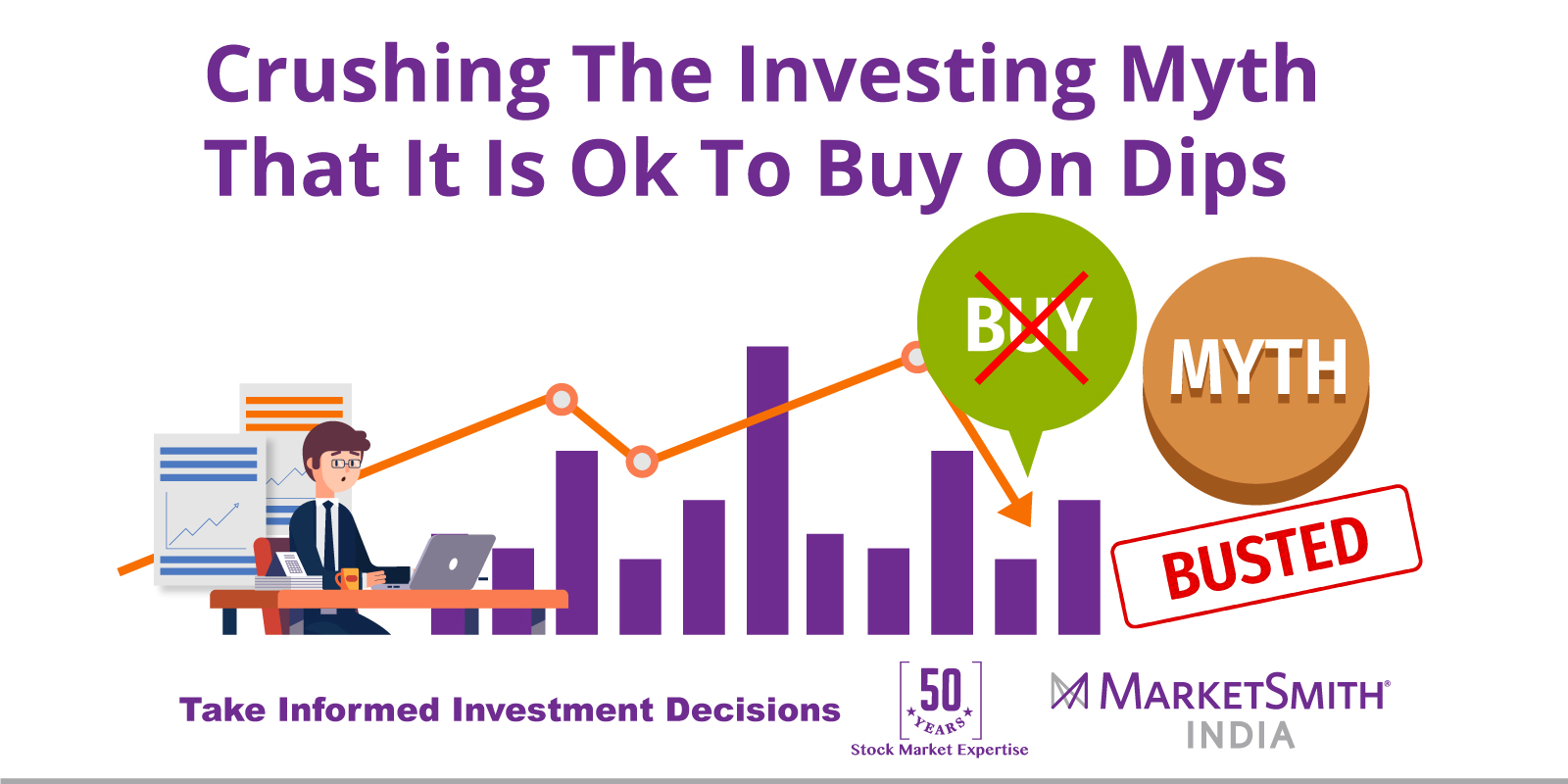 One highly dangerous investing approach all investors in growth stocks ought to think over is averaging down.

This approach means buying a stock, watching it drop and then buying more shares, with an aim to lower your average buy price.

It is one of the biggest myths in investing, particularly for high-growth companies. Don’t confuse it with the cost-averaging method of long-term investing in a mutual fund or broad-based equity ETF.

When a high-octane growth stock has topped, rarely does it come back quickly and lead the next market uptrend. In fact, many stocks don’t approach their all-time highs for years.

You might hear people tell you that averaging down is a great idea, but in reality it is generally a risky way to operate.

These folks will say something like: “If you liked a stock at 160, then you should love it at 140.” They could be referring to a former high-performer such as Granules India.

That makes some sense, but here is another way to think about it that could save you some pain: If a stock has fallen below your purchase price, then it is quite simply a losing investment. When the losses approach 8%, cut the stock loose and find a better one. You can sell the stock even more quickly if you judge the price and volume action to be negative.

What if you ignore MarketSmith’s golden sell rule and instead opt to follow the stock lower? It means buying more shares could amount to throwing good money after bad, as the saying goes.

Let’s say you had bought Granules India in November 2015, when the stock cleared a possible buy point at 164.35 (marked 1 in below chart).

There were some flaws with this breakout, such as a late-stage pattern (fourth stage) and low buying interest, but you jumped in anyway.

In any case, the breakout did not provide much upside, and pretty quickly you would have had an opportunity to average down.

This example illustrates why averaging down is often a bad strategy. Granules India continued to drop, so you really would have been throwing good money after bad if you added to your position in December 2015 (2) or January 2016 (3) or later.

You should have been selling your original position to avoid further losses rather than adding to it. In subsequent months, Granules India tripped some key sell rules, such as falling 8% below its pivot price and penetrating its 10-week and 40-week moving averages.

Also, there is a big opportunity cost. By keeping your money in a laggard, you are losing the chance to invest in a market leader. Have a look at Granules India’s weekly chart and how the stock has languished sideways for more than two years (4).

Another problem with buying on dips strategy is that it only focuses on accumulating and does not contain a sell strategy. Every great stock ultimately becomes a sell. An investment strategy that only addresses buying is half a strategy. Half strategies seldom work for long.

With the Indian market in a Downtrend, many investors would fall prey to buying on dips to get their holding cost lower. However, investors need to understand that when markets correct nobody can predict if there will be a 5% sell-off or 20% or more. Growth stocks will see massive draw-downs during such corrections. And trying to catch their price bottoms is like travelling the wrong way on a highway. Your chances of making it home are negligible.

While in the long-run stock markets always recover, the stock that you are planning to average down might remain dead for years just like Granules India.

We think the best approach is to wait for selling to run its course. Once the dust settles, and buying interest returns, the next set of leading stocks would be the first ones to break out of their consolidation base patterns. Until then, investors should remain on the sidelines and make use of the current time by building a list of some strong quality names that are standing tall in the ongoing sell-off. These are the names you would like to own as and when the market condition improves.

Using MarketSmith India’s Filter India list feature, we did a quick check on quality companies that are close to their all-time highs. Some of the top names that have refused to crumble in the face of the market sell-off and are showing leadership qualities are Titan Company, Blue Star, Voltas, Mindtree, Avenue Supermarts, V-Mart Retail, Jubilant Foodworks, GNA Axles, Dilip Buildcon, among others.

That being said, investors should resist the temptation to try and outsmart the market direction. Do not jump the gun until the market shows some conviction. The best approach would be to wait for the Indian market to establish a bottom and move into a Rally Attempt. From there on, one should wait for a follow-through day to confirm that a new uptrend is underway.