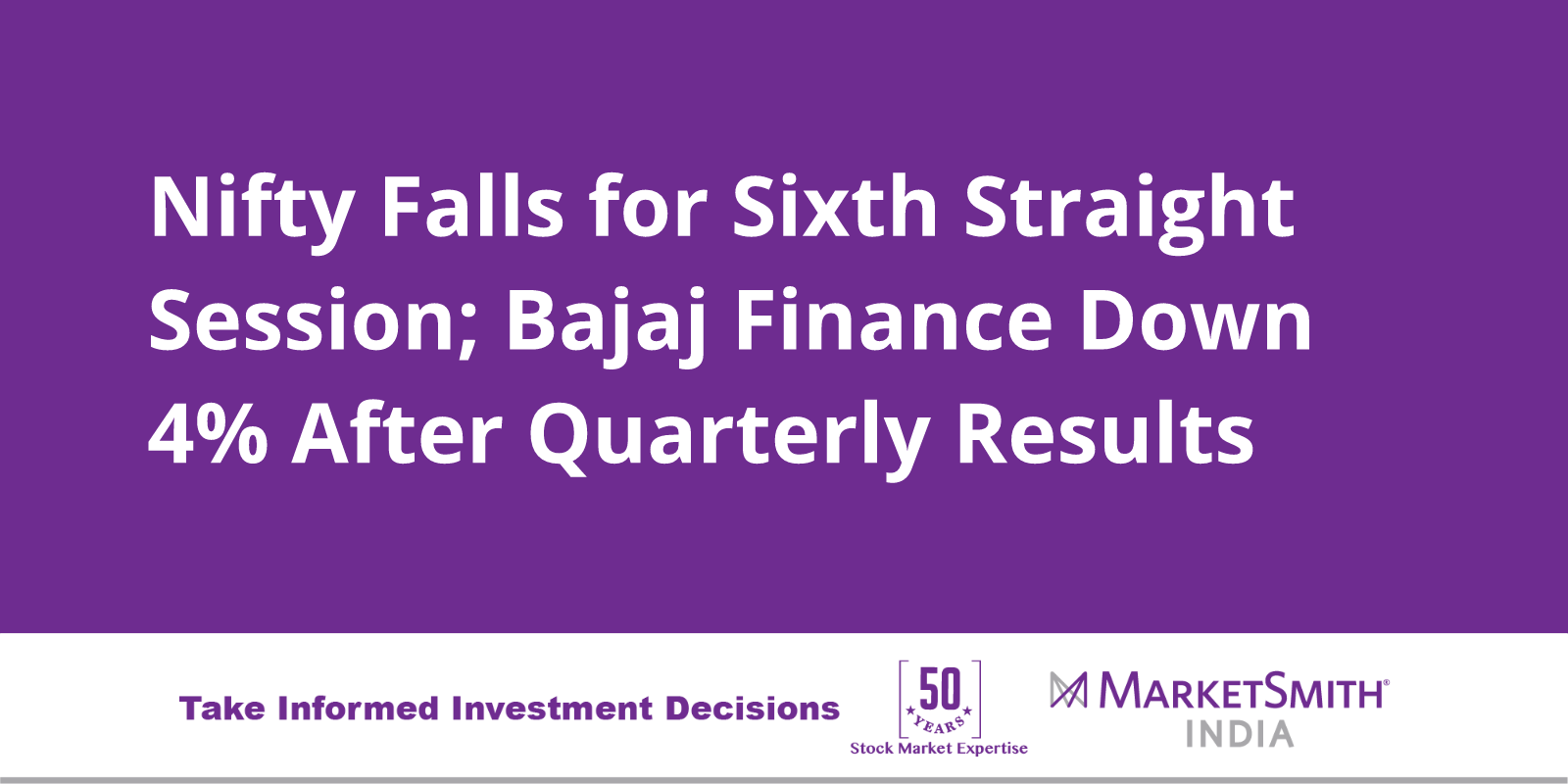 Nifty gained ~1% in early hours, but selling pressure intensified later during the day, and it closed 120 points off-highs. This action of indices not being able to hold the gains indicates a weak market. Though volumes were higher compared to yesterday’s session, but the decline was less than 0.2%. Hence, Nifty escaped a distribution day. The current distribution day count remains at five.

Tata Motors: The Company reported Q1 numbers today, after market hours. Revenue was above estimates, both EBITDA and net income missed consensus. Its JLR unit posted weak set of numbers with net loss coming in at £402M, missing consensus of £230M. The stock was down 4.6%.