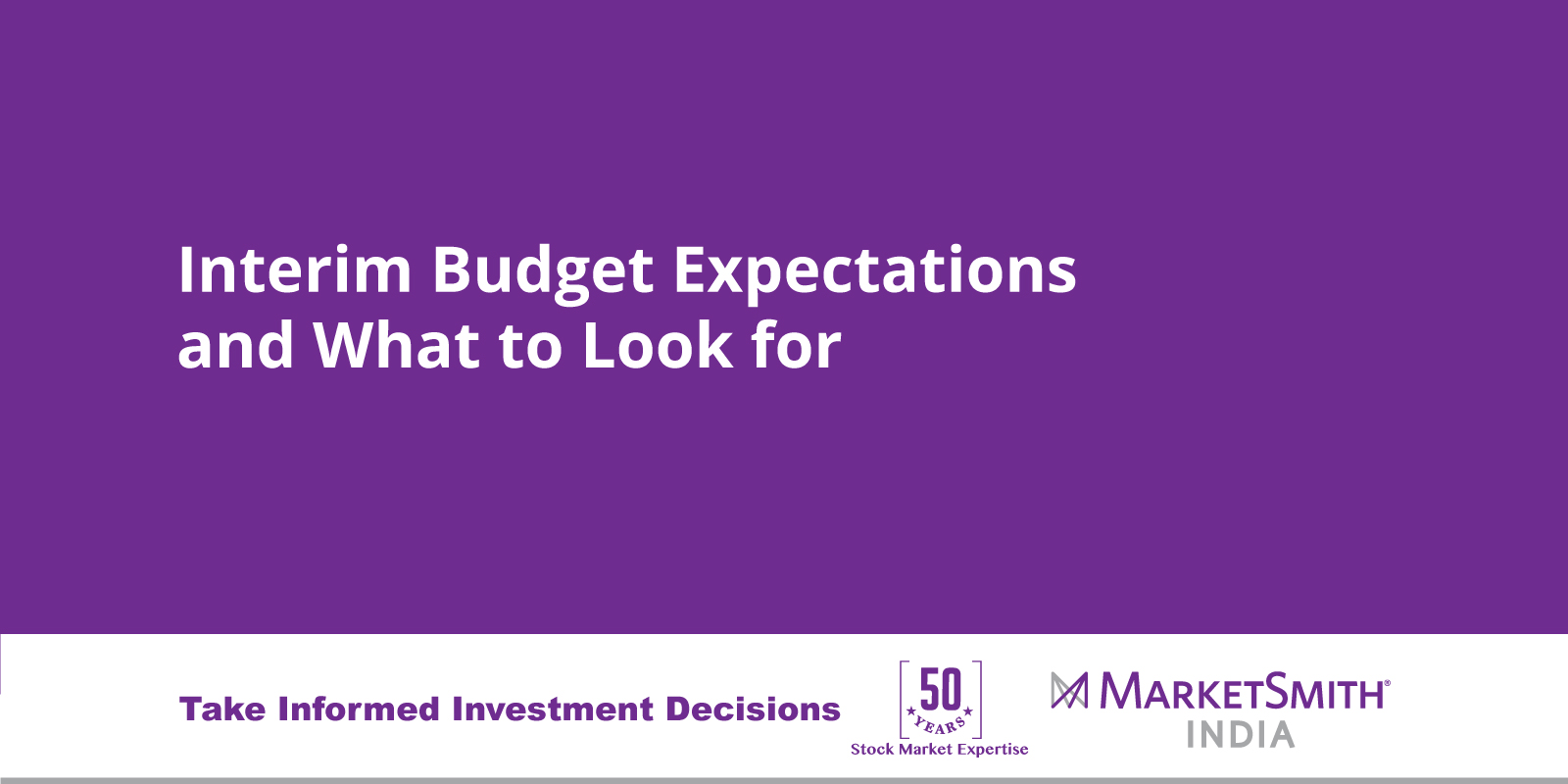 As this is an election year, the Indian government will present an Interim budget, which is different from a Union budget and Vote of Account. In the Interim budget, income tax rules can be tweaked, but most governments have chosen not to make any major changes. A Vote of Account enables government to fund its expenses till the full budget is passed. They cannot do any changes in direct taxation as it needs to be passed through a Finance bill.

The Auto industry wants the government to announce a one-time incentive in the form of a tax rebate for replacing vehicles registered before -2000. The industry is looking forward for an approval of Rs 5,500 crore, which has already been cleared by the Ministry of Heavy Industry under FAME II in this budget. Meanwhile, two-wheeler manufacturers want the tax reduced to 18% from the current 28%.

If the government reduces tax liability, then we might see an increase in savings for the public. This, in turn, should lead to an increase in the flow of deposits and SIPs for banks and the financial services industry as a whole. Interest rate decisions are taken by the Reserve Bank of India’s MPC and are outside the purview of the budget.

The industry expects a reduced GST rate on services relating to setting up, and maintenance services (OMS) of Renewable Energy Projects (current tax rate is 18%).

There is also an expectation of lower interest rate and attractive long-term financing options to encourage more people to adopt renewable generation. This is in line with the government’s target to provide electricity for all.

The industry expects budget allocation to the power sector in order to develop infrastructure related to the grid and distribution. It wants the government to boost renewable power by lowering the taxes on solar equipment and including it in priority sector lending.

There is an expectation to provide a level playing field for small and medium enterprises with the re-introduction of accelerated depreciation for windmill and solar power.

Government spending is expected to increase and market expects a rural focused/pro-farmer budget. A reduction in tax liability is also expected. This should result in a direct increase in consumer spending, which will boost FMCG and retail. The demand for non-durable and durable consumer goods could increase due to a rise in disposable income.

The industry expects the government to increase spending on health care. The new National Health Policy promised to increase expenditure to 2.5% of the GDP by 2025, and is currently below 1.5%.

The sector expects the 80D limit for health insurance premium to be increased from the current Rs 25,000. The industry is also looking forward for an increase in the medical reimbursement limit from the current level of Rs 15,000.

It is expected that industry status will be granted to real estate to help developers raise funds at lower rates and reduce their cost of capital, which would eventually have a bearing on the overall project cost.

Developers expect the GST rate to be lowered from the current rate of 18% and lower effective tax rates.

The industry expects a clarification on the treatment of interest expenditure on acquisition of spectrum. The sector also wants clarity on TDS issues, due to transactions between telecom operators and prepaid distributors.

The Smart City Mission will improve the business of IT companies and help increase their project bandwidth. In his last budget speech, the finance minister mentioned the use of blockchain technology to boost digital economy. In this year’s budget, there might be more fund allocation toward digital initiatives.

*all the numbers are in INR crore

Fiscal Deficit: This arises when government spends more money than it makes during the financial year. In order to fill the gap, government borrows money from external source. Normally, the fiscal deficit is talked in relation with the GDP. During Budget 2018, the Finance Ministry revised the fiscal deficit target for FY 2019 to 3.3% of GDP.

Revenue Deficit: This is the difference between revenue receipts and revenue expenditure for the financial year.

Flow charts 1 and 2 at the end of the note explain the flow of funds from and to government.

Some others areas of decreased spending are: 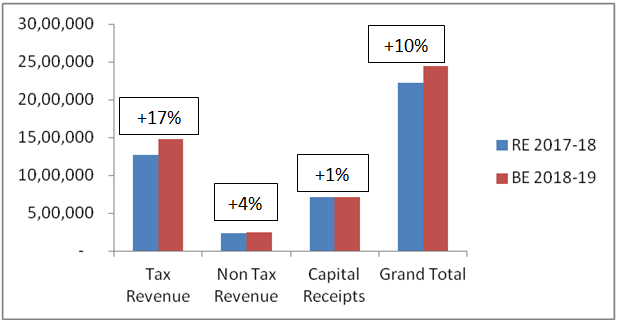 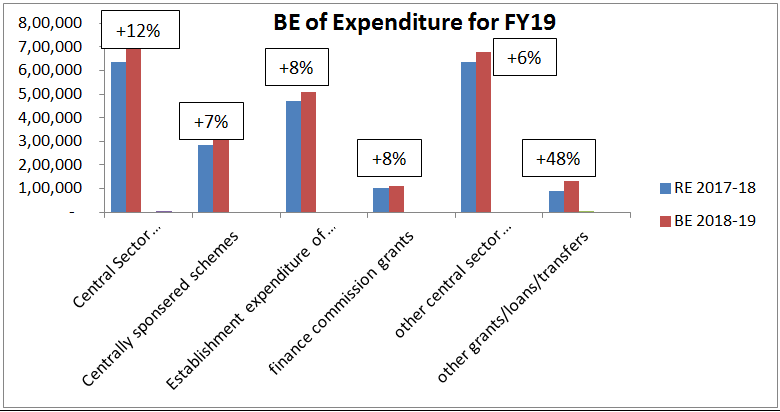 Flow chart 1: Where does money come from? 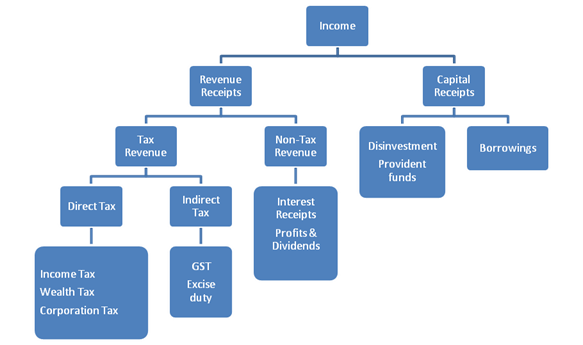 Chart 2 – Where does Government spend? 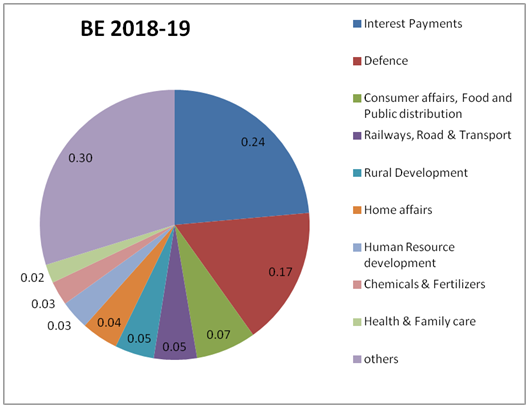 *Others include all other ministries.